The announcement comes two days after the Vatican was criticized by the U.N. for its handling of abuse cases 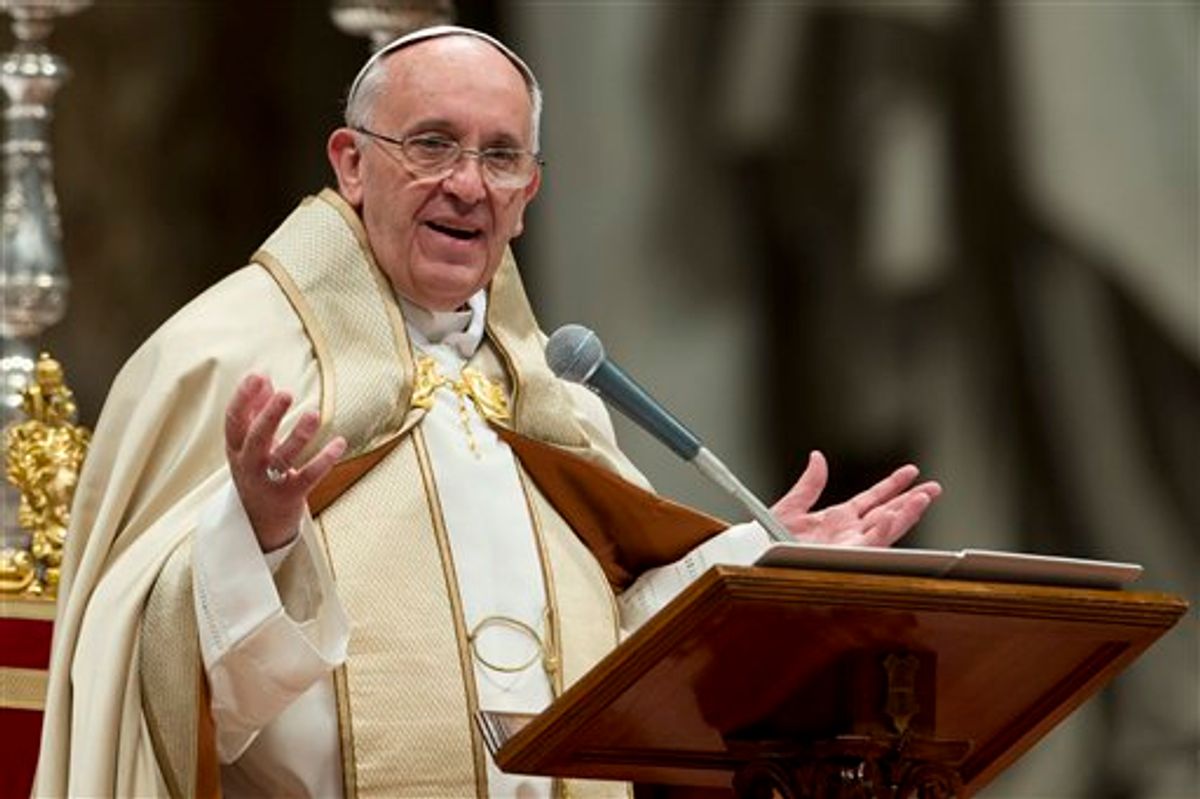 The Vatican announced on Thursday that Pope Francis will establish an advisory commission on the sexual abuse of children by priests. As the New York Times notes, the announcement comes just two days after a United Nations panel criticized the Vatican over its handling of sexual abuse cases.

The commission may be a shift in tone, but the Vatican's refusal to disclose information on cases of alleged sexual abuse committed by its clergy to the United Nations Committee on the Rights of the Child was criticized as an attempt to deflect responsibility and hinder the human rights investigation.

In its response to the inquiry, the Holy See said internal disciplinary proceedings against clergy "are not open to the public" and that it "does not exercise effective control over the local activities of Catholic institutions around the world."

The Center for Constitutional Rights strongly criticized the response.

"In claiming it only bears responsibility for what happens inside Vatican City and blaming the lack of prevention ... on local governments, the Holy See has taken one of its most explicitly disingenuous and misleading positions on the issue to date," the group said in a statement.

More on the response to the commission from the Times:

The announcement elicited a mixed reaction, reflecting some skepticism, particularly among victims and their advocates, over whether a new commission would be more than cosmetic.

The United States Conference of Catholic Bishops, the coordinating body of bishops in the United States, called the pope’s move “a most welcome initiative.” In a statement, the group said: “Abuse of minors is a sin and a crime, and every step must be taken to eradicate this blight. Such abuse is especially grave when committed by anyone in ministry in our church.”

At the same time, the Survivors Network of Those Abused by Priests, known as SNAP, the leading United States-based support group for clergy abuse victims, called the news a disappointment that reflected badly on the new pope. David Clohessy, executive director of the group, said the announcement suggested that the Vatican remained strongly resistant to making sexually abusive members of the clergy and their church protectors accountable to external criminal prosecution.

“A new church panel is the last thing that kids need,” Mr. Clohessy said in a telephone interview. “Church officials have mountains of information about those who have committed and those who are concealing horrible child sex crimes and cover-ups. They just have to give that information to the police.”