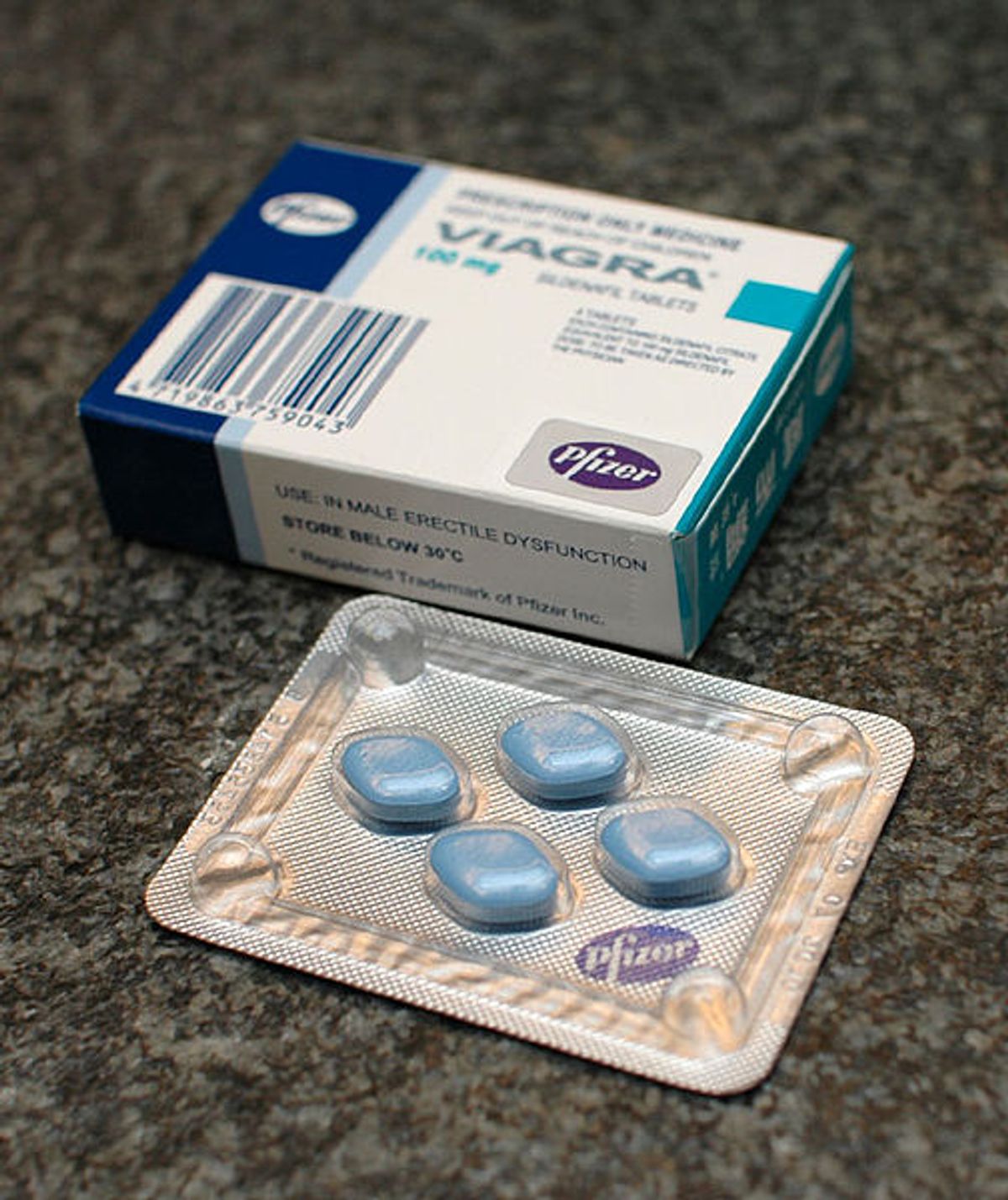 According to new research from the Penn State College of Medicine, Viagra can provide relief for women who experience moderate to severe menstrual cramps.

The only catch is that the treatment works best if its administered vaginally. Oh, and the only other catch is that Viagra is ridiculously expensive.

Sildenafil citrate, sold under the brand name Viagra, may help with pelvic pain because it can lead to dilation of the blood vessels. Previous research shows that taking it orally can alleviate pelvic pain, but the incidence of side effects -- often headaches -- may be too high for routine use.

The researchers looked at administering sildenafil citrate vaginally, which had not yet been tried, to treat [primary dysmenorrhea]. They compared pain relief from use of sildenafil vaginally with that of a placebo. Results were published in Human Reproduction.

Penn State College of Medicine researchers worked with researchers at Nova Gradiska General Hospital in Croatia. They recruited women 18 to 35 years old who suffered from moderate to severe PD. Of the 29 women screened for the study, 25 were randomized to receive either sildenafil or a placebo drug.

Patients rated their pain over four consecutive hours. Sildenafil citrate administered vaginally alleviates acute menstrual pain with no reported side effects. Researchers hypothesized that the drug would alleviate pain, which it does, but also that is does so by increasing blood flow. However, because uterine blood flow increased from both sildenafil and the placebo, the reason it alleviates pain is not yet known.

"If future studies confirm these findings, sildenafil may become a treatment option for patients with PD," said Legro, professor of obstetrics and gynecology and public health sciences. "Since PD is a condition that most women suffer from and seek treatment for at some points in their lives, the quest for new medication is justified."