The power of communal grief: Mourning Mandela and beyond

Whether it's a great leader or an actor, our grief has meaning. And yet public mourning is so often policed 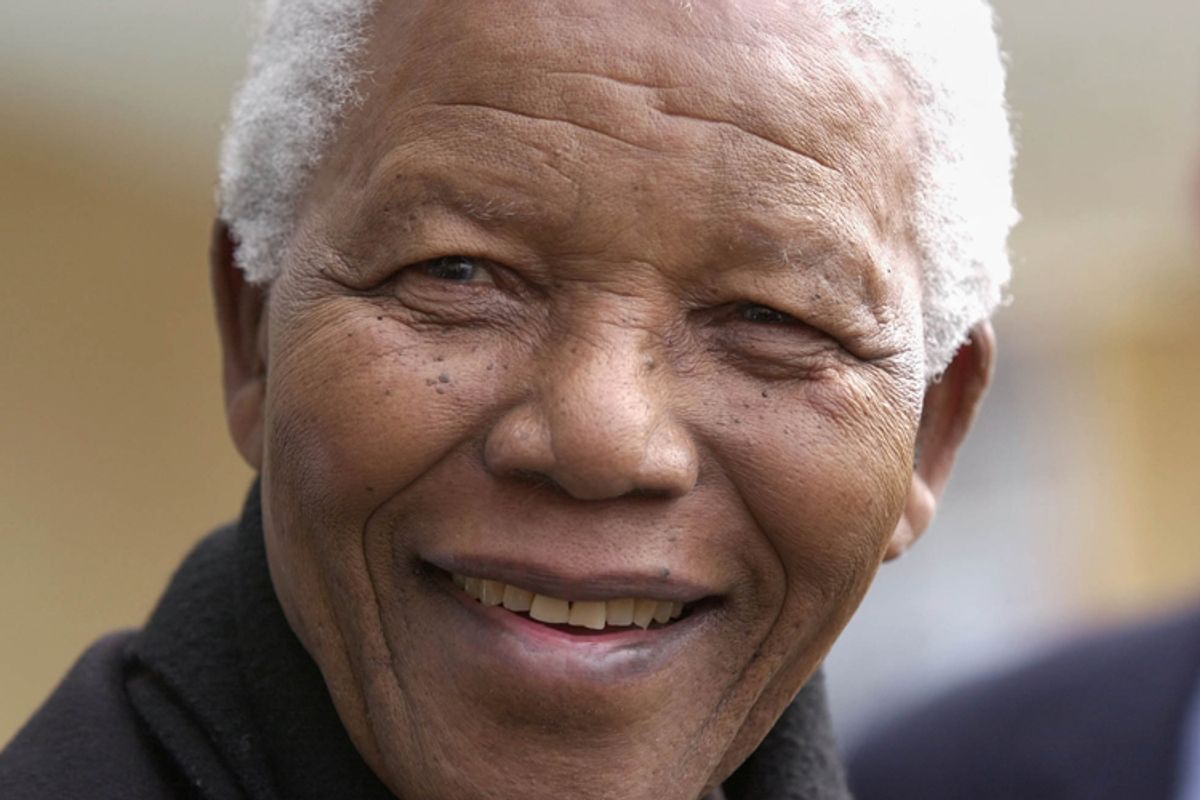 I am rather fond of Paul Walker, the movie actor who recently died in a car crash. He was only 40 years old. This is a mere detail but, in truth, 40 is young, even in Hollywood and so, at least for now, Walker’s death seems unfair. He leaves behind a 15-year-old daughter. This is also a mere detail but it’s more because a young woman has lost her father while the rest of us simply lost someone we could never truly know.

Celebrity is strange if not inexplicable when you consider the swath of people who are famous simply for being famous — your Kardashians, Hiltons, the stars of MTV reality shows and the like. Then there are the celebrities with varying degrees of talent who act or sing or dance or play sports or otherwise manage to capture our attention. Perhaps celebrity is like professional wrestling. We know celebrities and their impossibly beautiful lives as projected on screens and across the pages of glossy magazines are somewhat manufactured. We look past that manufacture. The truth doesn’t matter. We enjoy the performance and the spectacle. Most of us, thankfully, understand that little of celebrity is real.

This manufacture and performance don’t keep us from caring, though, about the people who smile at us from magazine covers as we stand in line at the grocery store. We don’t know these people but we know something of them. We know enough to enjoy their lives and mourn their passing.

I’ve seen most every movie Paul Walker has starred in from "Eight Below" to "Varsity Blues" to "Running Scared" to the "Fast & Furious" franchise, amazing movies about street racing against the backdrop of international intrigue that cemented the actor’s place in my heart. He will always be Brian O’Conner to me. That’s what celebrity does. For better or worse, it leaves a mark.

Paul Walker wasn’t the greatest actor — he relied heavily on face acting and his characters often seemed interchangeable from one movie to the next. In action films, he holds a gun in a really disconcerting way. Because I’m a fan, I have spent an inordinate amount of time thinking about this very particular thing. Next time you see him holding a gun in a movie, you’ll see what I mean.

In all seriousness, though, Walker has been a reliable quantity for many years. He has presence on the big screen — the sparkling eyes, the open face, his features chiseled just so. He looks lovely without a shirt. He always came across affably in interviews and profiles. It is a shame to know I will never see him behind the wheel of a fast car, hands gripping the steering wheel, his jaw set as he presses down on the gas.

Social networking is often a wonderful thing but in the wake of a celebrity death, people engage in a predictable set of behaviors. There is the breaking news that a celebrity has died. People doubt the news, as if TMZ would ever steer us wrong. There are expressions of mourning or indifference. Some people will say, “Who?” Sometimes, they’re lying. They know damn well who. And then there is the judgment, because the world is a difficult place, and there are children starving in Africa and there is war and global warming, so clearly, mourning a celebrity, any celebrity at all, somehow means we’re not remaining vigilant about the world’s problems.

Or the argument is that people die every day and don’t benefit from an outpouring of grief. If they are mourned, it is only by those they know. That is, of course, how life works. We can only mourn those we know or think we know or, in some cases, wish we could have known. Like I said, we don’t know celebrities but we know of them so, yes, we mourn, or offer up some semblance of mourning.

Then, of course, there is the hierarchy of celebrity mourning. When Lou Reed died in October, most people on social networks were united in expressing both their grief for his passing and a profound appreciation of his life and music. For whatever reasons, Reed was deserving of grief. When Amy Winehouse died in 2011, reactions were mixed. Some people mourned because she was so young and she had such a beautiful voice, while others were merciless, because she was a flawed young woman and apparently when people are flawed they do not deserve our grief. And of course, we cannot forget the starving African children, that vaguely racist placeholder for the sentiment that the world is troubled.

In the wake of celebrity grief, there is an intense policing of emotion. This policing suggests that we must be circumspect with our grief and, ultimately, our empathy. We must treat these tender emotions as a finite resource, one that should only be doled out for the most deserving reasons, though how we measure what deserves our attention is intensely arbitrary. And clearly, we can only direct our empathy to one thing at a time as if the function of the human heart is singular.

But if we don’t all share sorrow over, say, the death of Paul Walker or any other celebrity, we should at least have the right to our individual sorrow for the death of someone we could never know but whose presence we enjoyed nonetheless. We can share sorrow for those affected by a natural disaster or the loss of a loved one in our very real lives or the passing of the next-door neighbor we never got to know.

Today, we can demonstrate our grief for the passing of Nelson Mandela who was nothing as cheap as a celebrity. He was a man who changed the world — a militant revolutionary as part of the apartheid resistance in South Africa, a prisoner who captured the world’s attention, the first black president of the very country that made him a prisoner for daring to fight for equality. In the coming days he will be mourned, remembered and celebrated. Some of this will happen on the same social networks where we talk about breakfast choices and trashy television and celebrity. Communal grief does offer us something. In these virtual places, we gather together for reasons great and small. For a time, however fleeting, we are strangers with sorrow in common.