Full disclosure: I'm not a "Scandal" fan. But I understand why people like their reality with a dose of fantasy 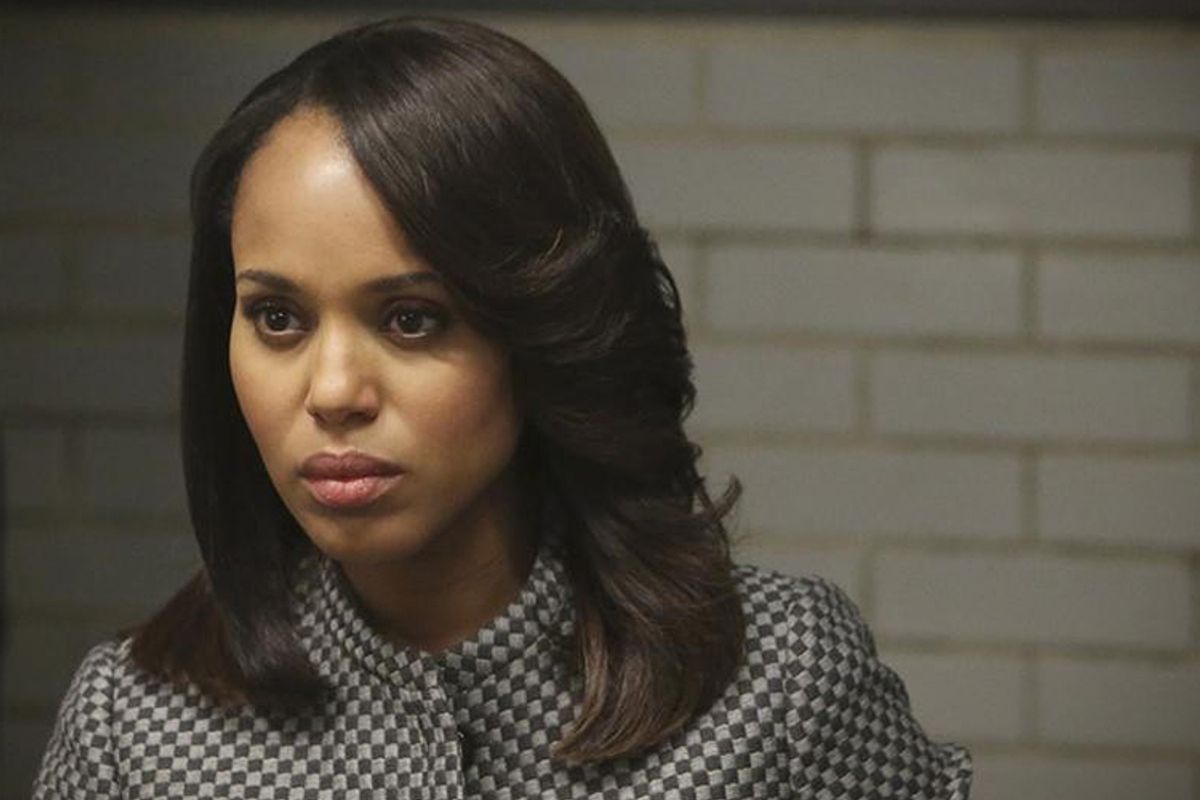 I fell asleep last night trying to figure out how to write about "Scandal" — or, more accurately, how to care about "Scandal." The show sets Twitter ablaze weekly and yet leaves me cold no matter how much I try to cram it down my own throat. I alternate between hating myself for being a hater and simply wishing I were watching "Veep," my preferred D.C. deconstruction. I know Shonda Rhimes' hit creation is, at the end of the day, only a TV program, but it's just too zeitgeist-y to ignore in good pop culture conscience. On Thursday nights, even the people who star in "Scandal" are home watching "Scandal."

I'd fallen asleep playing catch-up: five episodes on Hulu plus part one of the mid-season finale. That's a lot of Pope and Associates; the crisscrossing story lines and betrayals were all a blur in my mind. When I awoke, however, my TV was tuned to non-stop coverage of Nelson Mandela, his life and death. I consulted Twitter for confirmation. Indeed, the trending field was not all Olivia Pope this and #gladiators that. I gladly switched my focus as well. I immediately changed channels to MSNBC (yes, I lean forward), tried not to over-value celebrity praise from the likes of Oprah Winfrey and Bono and absorbed the man's actual accomplishments.

Don't worry. This is not meant to be some rant about how there are more important things going on in the world besides whether or not Joe Morton had a commercial flight shot down to prevent Khandi Alexander from committing an act of terrorism. (For the record, I'm thrilled to see veteran black actors getting such high-profile work.) To prove it, I'll divulge this embarrassing tidbit: For a moment, I considered writing a piece thematically connecting Mandela's tragic twenty-seven-year imprisonment with the twenty-something year stint Alexander's character did after Olivia Pope's dad found out about mom's nefarious activities. (I say "thematically," but what exactly is the connective tissue between a scheming, utterly fictional terrorist and a real-life hero who went to prison to end his country's institutionalized discrimination?)

I remember apartheid as something we studied in high school, like the New Deal and calculus — I excelled at the latter because it had massive sci-fi applications. Much to my frequent consternation, I am one of those people who has always forged more of my world view from entertainment — out-and-out fantasy, really — than from history or, yunno, The News. (Case in point, though I grew up on hip-hop, my older brother's Public Enemy tapes scared the bejeezus out of me because that group's music sounded so angry in my ears — so real.) As I watched the multi-network coverage of Mandela's achievements, I realized how unfamiliar I am with the specifics of his experience.

It was satisfying to see so many news outlets aligned in mutual appreciation for one man's ideals and activism. Soon, I was sent an email about a documentary treatment of Mandela that would be airing on the Discovery Channel on Sunday. I marked it down in my imaginary calendar as something compact and digestible that would get me up to speed where my high school education had evaporated. Then I saw a commercial for "Mandela: Long Walk to Freedom," the biopic starring Idris Elba and Naomie Harris that opens today of all days. I thought to myself, "Awesome. I love both of those actors!" I did not consciously think, "Great. Now I don't have to sit here and keep watching the news." But, subconsciously…

So, yes. I have trouble swallowing the ramped-up melodrama that is "Scandal." But confronted with a true hero's tale — one on which most broadcasters seem to agree — I'd still prefer it recast with that dude from "The Wire" and that chick from "28 Days Later." Everyone needs their own spoonful of sugar now and again.