Report: Most people in poverty have jobs

Contrary to conservative myths, hard work is no promise of escape from poverty 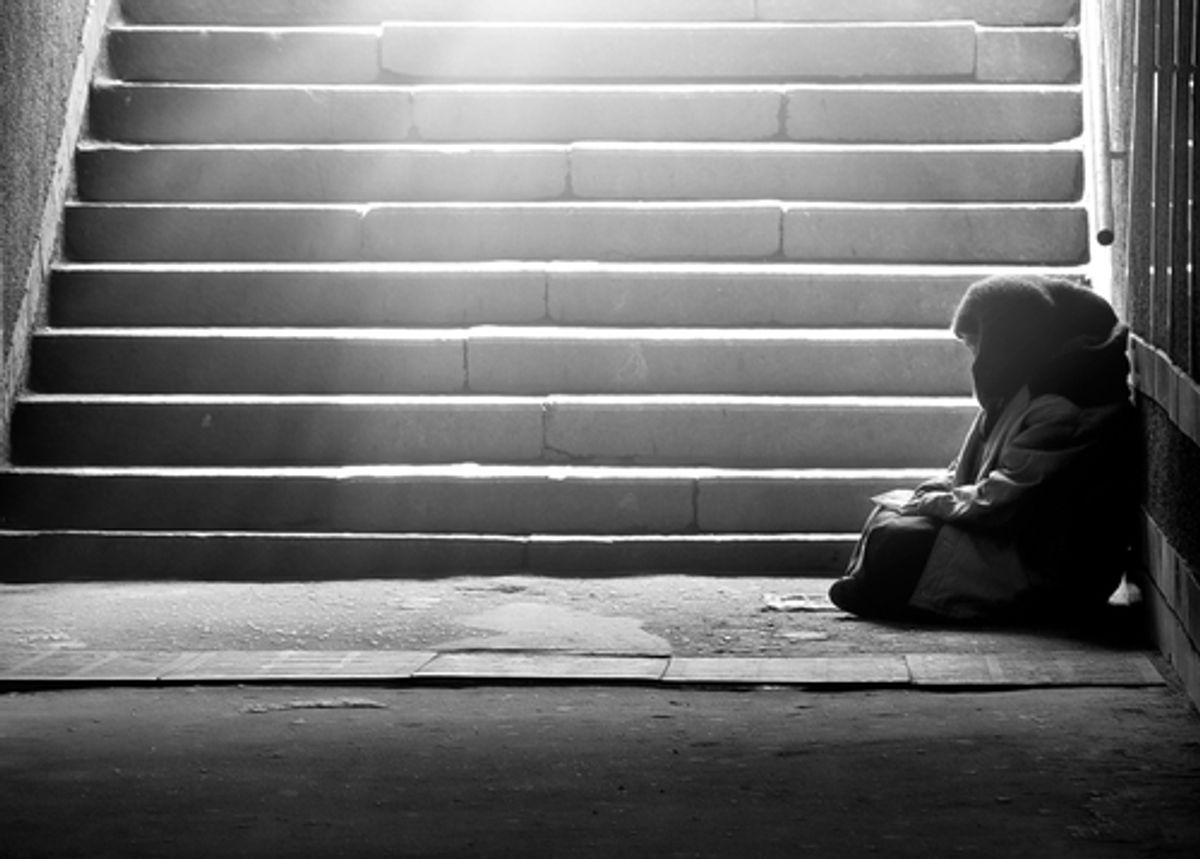 The foundation's executive director, Julia Unwin, commented: "Hard work is not working. We have a labour market that lacks pay and protection, with jobs offering precious little security and paltry wages that are insufficient to make ends meet."

The findings come at a time when the Conservative-led government is gradually weakening Britain welfare state to a threadbare safety net, like that of the U.S.

The largest group in poverty are working age adults without dependent children - 4.7 million people are in this situation, the highest on record.

There have also been major shifts in which groups are experiencing poverty, with the number of pensioners in poverty
at a 30-year low.