Passing for white and straight: How my looks hide my identity

I'm neither straight nor white, but I'm frequently mistaken for both -- and it's taught me a lot about privilege 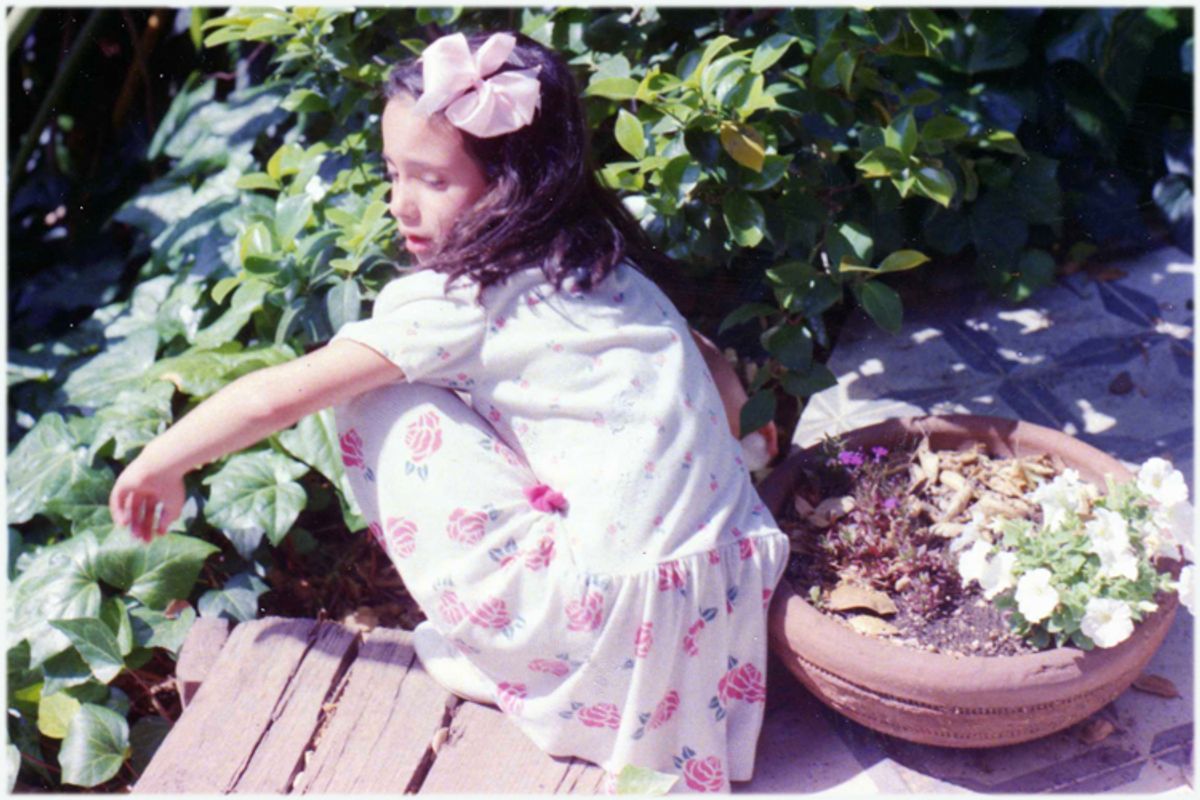 I first became aware of my passing as a young child confronted with standardized testing. My second grade teacher had walked us through where to write our names in capital letters and what bubbles to fill in for our sex, our birth date and ethnicity. But in the days before "biracial" or "multiracial" or "choose two or more of the following," I was confronted with rigid boxes of "white" or "black" – a space that my white father and black-Italian mother had navigated for some time.

But even at 8 years old, I knew I could mark "white" on the form without a teacher's assistant telling me to do the form over with my No. 2 pencil. I could sometimes be "exotic" on the playground to the grown-ups who watched us for skinned knees and bad words. But with hair that had yet to curl and a white-sounding last name, I was at first glance – and many after – a dark-haired white girl with a white father who collected her after school.

That girl came with me to junior high and even high school. Even as my hair became wiry with puberty, the frizziness soon a universal topic in the girls' bathroom as girls began their marriages to the straight iron, I became aware that I read no differently. Another curly-haired white girl who wished that her hair was straight.

School records could be curiously inconsistent, occasionally marking me as "white" and sometimes "other," my recorded ethnicity changing year to year as I would pass and then suddenly not.

White parents of school friends would never fail to comment on how I was "striking" or "foreign-looking." Distant relatives on the white side of my family would remark that I could easily pass for Israeli, for Spanish, for Italian, and other nationalities that can be filed under "pan-ethnic." But they always equated me with the culturally sanctioned "chic" identities, like an exoticized princess you could encounter on a distant beach or in a novel. Compound that with my Hawaiian name (I was born there) and I was the problematic backdrop to any movie. The pretty prop to a white, male protagonist's discovery. Somebody's "Pocahontas."

The first time I read Nella Larsen's 1929 novel "Passing," in which a black light-skinned protagonist is passing as white during the Harlem renaissance, the following passage eerily resonated with me: "They always took her for an Italian, a Spaniard, a Mexican, or a gipsy. Never, when she was alone, had they even remotely seemed to suspect that she was a Negro."

This at times was even more perplexing to my white peers when they would encounter my mother, who although much darker than I, was still relatively light-skinned. But the disconnect became fully realized when I was asked by a friend in the seventhgrade why my mother "talked like she was black."

That's when I learned that my mother was passing too.

Years later, I had to be interviewed by a New York University Langone administrator before being admitted for surgery. The personal questions ranged from my address to an emergency contact to allergies. When he printed out the forms for me to sign, I noticed that he had marked my ethnicity as "white" – and without asking me.  I politely asked him to correct it.

As an adult, I learned that my white doppelgänger was also straight.

I started dating women at age 17 -- but with my conventionally feminine personal aesthetic, I once again had an identity that went unread. Even though I was out from a relatively young age, the high heels and dresses made acquaintances ask about "boyfriends." Even as my female partners sat right next to me.

When I got to college in the liberal Bay Area in California, the term "partner" offered a more veiled inquiry from strangers. But words I volunteered like "girlfriend" or the female pronoun still visibly cracked features, still framed a very visible pause.

These pauses have become even longer since I became engaged to a woman, as with deciding to have my relationship sanctioned by the institution of marriage have come the fairly predictable heterosexist assumptions.

But with every question about "my soon-to-be husband" and "your fiancé, what does he do?" I see that my straight white doppelgänger is present even in the most intimate and far away encounters. Recently on a trip to Italy, an American woman I had newly met asked how my fiancée proposed to me. As I began recounting the story, dotting my story with many "she's," my acquaintance appeared confused and asked if my male fiancé's mother was in attendance.

Once, I told a new white male acquaintance where I used to live in Brooklyn, a neighborhood that now is completely gentrified, but wasn't when I started living there.

"What's that area like for a white girl?" he asked.

I nearly turned around to look for her.

Because with my invisibility has come her privilege, an experience that has undeniably marked most of my life.  Due to my passing, I have the W.E.B. Du Bois-patented "double consciousness" for the opportunities that have been placed before me, scholastic and professional, from generally white and hetero establishments that look at me and always see their own. Is it the presumed commonality that garnered me those interviews? Those smiles? Those callbacks? Those firm handshakes?

When I read statistics about how employers are more likely to hire white people than people of color, I know that I can count myself in the former, despite the fact that I identify as the latter. I'm hyper-aware that when a bank, a company or any public office hears the sound of my voice and reads my legal first name (under which this article does not appear), they assume that they're talking to a white woman, and therefore give me better service.

White and straight co-workers, employers and acquaintances don't outwardly shun me when they find out I'm of color or queer (due to the city I live in). There's no dilemma of being "discovered" (another privilege). But there's an embarrassment that crosses their face, a shuffle of papers, a reach for a pen -- a social clumsiness in that they assume I'm not.  And there we both are, between a directly racist homophobic past and a more subtly racist and homophobic present.

My privilege in passing reflects a racism and heterosexism that continues to flourish, despite romantic notions that racial mixing and gay marriage will create a utopian future free of prejudices.

Police officers don't suspect me. Store owners like me. White strangers don't feel threatened by me. Racists get too comfortable with me. Homophobes unknowingly befriend me. My straight white doppelgänger and I ride the subway together as I try to lose her in crowds and leave her behind at parties. I dispel her with the perpetual coming-out, the casual "I'm not white," the introduction of my partner.

I've spent most of my adult life actively trying to evade her. But every time I sit down with new people, I know that she sits down first.