A new study links extreme weather in the U.S. and Europe to the loss of sea ice 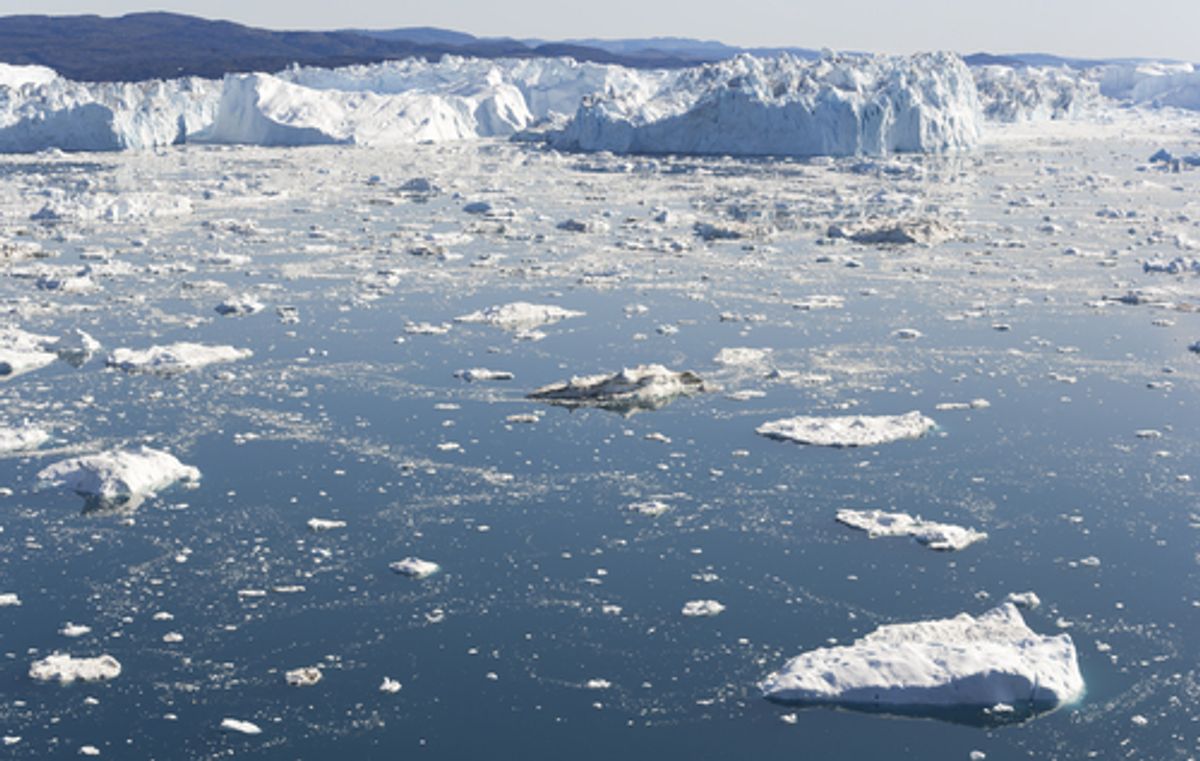 During the summer of 2012, a heat wave baked North America. Torrential downpour flooded much of England and Ireland. Devastating droughts hit the U.S. and China. And all the while, the sea ice up north in the Arctic continued to melt.

As climate scientists struggle to understand the connection between climate change and extreme weather events, a new study in the journal Nature Climate Change links the "Arctic thaw" to droughts and heat waves thousands of miles south.

The loss of sea ice leads to a weakening of winds high in the atmosphere. The reduced temperature difference between the Arctic and lower latitudes diminishes the jet stream as well. It also moves the jet stream north, letting hot air sit longer.

Such a lessening of the jet stream may have been responsible for Hurricane Sandy turning ashoreand wreaking havoc in New York City and New Jersey. And the phenomenon extends beyond North America. Weak jet streams have prolonged heat waves in Russia as well as sparked downpours over Europe.

The study's authors, a team of experts from the U.S. and China, couldn't prove that melting ice was causing the extreme weather, or vice versa. And some experts consulted by Reuters dismissed their evidence as "inconclusive."

"For people on the streets, what really matters is whether the extremes are changing or not," James Screen, of the Exeter University in England, told Reuters. So the pertinent information to know is this: If the study's conclusion turns out to be accurate, the assured further melting of Arctic sea ice will mean hotter summers for much of the Northern Hemisphere.