If the right is so sure women are hard-wired to want babies over careers, why not support policies to test this? 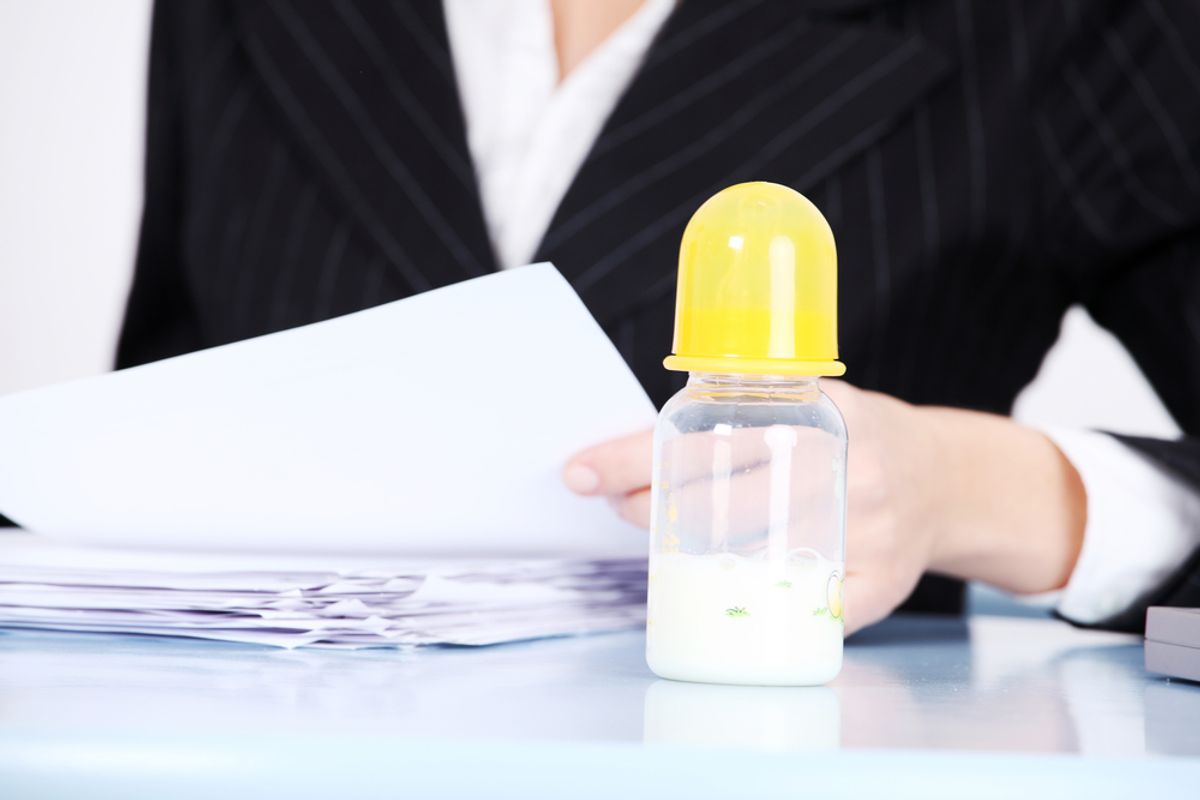 Talking about whether women can "have it all" is annoying and almost always terrible. The concept is a moving target and a trap, one that often frames feminism as the reason so many women are overextended and undervalued at home and at work, rather than looking at the cultural and structural contexts that leave women -- and many, many men -- struggling to support themselves and find some kind of satisfying personal balance while doing it. As Rebecca Traister has said, "having it all" needs to die. Immediately.

But in order for it to die, we need to keep having real conversations about men, women, work and family. The problem is, rather than examining cultural expectations, institutional barriers and the kinds of gendered coercion and other assumptions that shape social "ideals" about work and family life , most of what is written about the topic is sexist garbage.

Which brings us to Sabrina Schaeffer, the executive director of conservative nonprofit the Independent Women's Forum, and a recent column she wrote for Forbes. Schaeffer makes her contribution to the "having it all" Internet trash bin by arguing that employers -- particularly employers in traditionally male-dominated fields like finance -- "coddle" female employees with policies aimed at attracting and retaining female talent, like telecommuting, flex time and expanded maternity leave.

All of this apparent coddling from companies like Barclays and Goldman Sachs (Barclays is currently being sued for allegedly firing a young mother after she took an extended maternity leave to care for her newborn son during his cancer treatments; Goldman was also recently sued for gender discrimination) is pretty useless, she says, because women are biologically hard-wired to have different career and family goals than men. She says she knows this because of science.

And because of basic biology, she adds. If you want to know the real reason behind persistent gender imbalances in the workplace, don't let feminists trick you into believing it's about a "patriarchal culture, pressure to be wives and mothers [or] cultural norms" (Schaeffer actually says all of these correct things only to disregard them immediately) -- just look at the bottom line.

Suzanne Venker, the founder of Women for Men, a news and opinion website aimed at providing "much-needed support for the American male" (Related: !!!), makes a similar argument over at Fox News. Like Schaeffer, Venker thinks that women need to stop fighting their biologically hard-wired desires to stay home and, you know, just stay home. (Or -- if they must -- work part-time.) She says she knows this because of science and opinion polls.

Schaeffer and Venker are hardly the only women making this argument, and they will certainly not be the last to punish us with it. As my colleague Anna North recently observed, even as we grow increasingly skeptical of neuroscience that claims to explain our lives, "we as a society seem to love the idea that the difference between the genders is 'hard-wired.'" Particularly when those "hard-wired" differences appear to explain or justify the structural inequalities and deeply entrenched gender norms that keep the patriarchy humming. (And provide fodder for precisely 1 billion daily think pieces on "having it all," of course.)

Setting aside that both of these women ignore the fact that mothers are increasingly the financial heads of their households or that many families can't afford to support themselves on a single income, these kinds of arguments -- beyond being based in sexist fantasy -- are perplexing for another reason. If Schaeffer, Venker and others are so sure that they know what women want -- if they really do have science and women's "true" desires on their sides -- then what is the harm in advancing policies that remove institutional and cultural barriers to women's (and men's) ability to meaningfully exercise choice about their work-life balance?

What is so scary about more opportunities for choice if they are confident that women's desire to be the primary caregivers in their households is a foregone conclusion? This is an honest question. What's the harm in a family leave policy? Or laws that ensure women are compensated fairly? Or trying to recruit and retain female talent in "boys club" fields like politics, tech and finance?

Implementing policies to correct long-standing structural inequities and challenging cultural norms that assume all women are predestined to be caregivers doesn't mean that women can't be caregivers, it just means that they shouldn't have to be -- or that men can want these things just as much as women.

There is no real reason to try to take Venker's reactionary men's rights-based analysis seriously, but Schaeffer's position would hold more weight if she supported the kind of cultural and policy shifts that would actually test her theory.

But, of course, she doesn't. Maybe because she knows it's a test her ideas would fail. Instead, she argues that "we should stop trying to achieve parity and instead recognize that the disparity between men and women may, in fact, be a good thing," which is a very ridiculous thing to say.

Schaeffer believes that -- for those few women who manage to conquer their biology and "see professional success as their primary goal" -- there is "no limit to what [women] can achieve if they have the talent and dedication to achieve their goals." She's wrong -- there are limits. But there are also millions of people -- from the (majority) women and men of the fast food workforce striking for a living wage, those fighting for paid sick days and family leave policies, and the women who make "unconventional" choices about their life and careers without apology -- fighting to change this. They are identifying and slowly tearing down the barriers that keep far too many women from realizing their goals, whether they include executive suites or baby spit up or both or neither.