We are deluding ourselves: The apocalypse is coming -- and technology can't save us

Long-term human survival is at risk, and some are convinced technology will somehow save us. Here's the hard truth 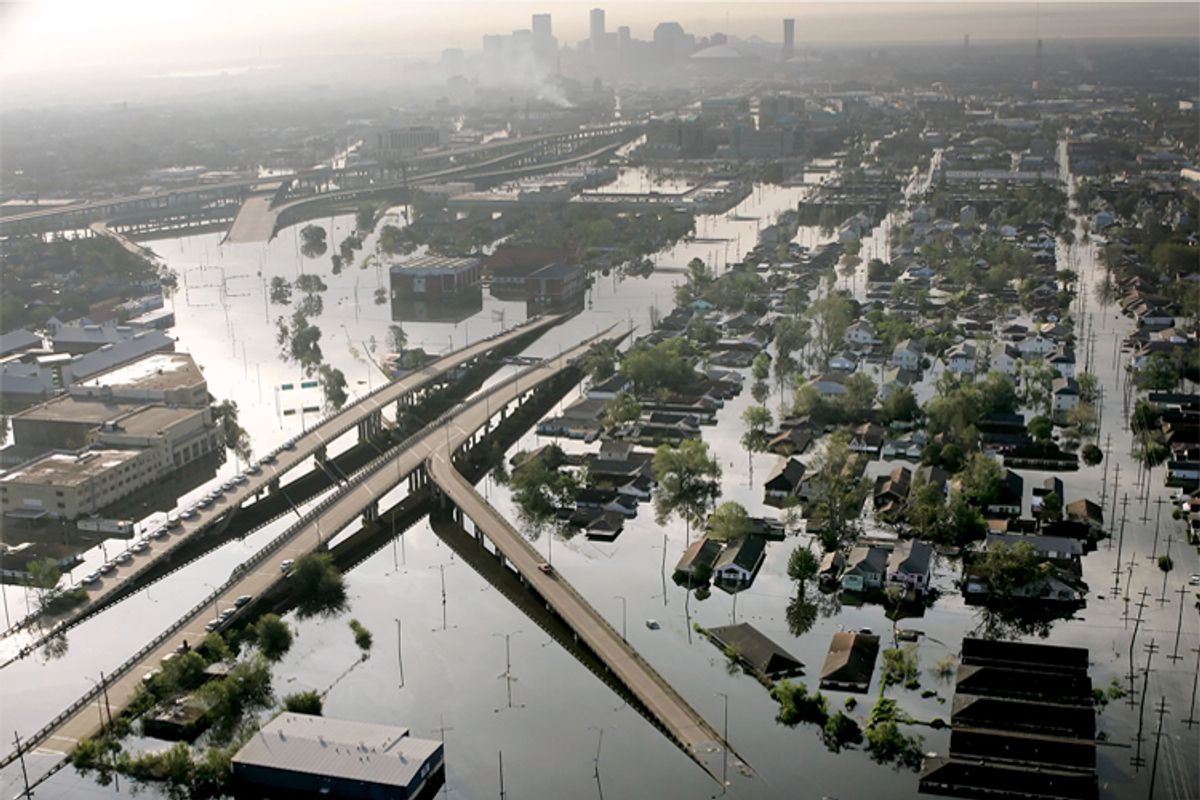 Last week, Salon ran an article, "Thanks for killing the planet, boomers!," where I argued that it’s wholly unrealistic to assume humanity will undertake the massive, world-changing, economy-disrupting policy solutions needed for us to even stand a chance of long-term survival. Given that our local political and economic systems are as fragile, stalled and polarized as they’ve been in most of American history, these predictions only seem more dire, and the problem only more intractable.

Which is why I’m constantly amazed by the notion that our technology will somehow save us, what I’ve come to consider the deus ex machina defense.

I’ve never considered myself much of an “environmentalist”: Growing up in Boston, I’d often playfully argue with friends in favor of littering. Cities, I’d suggest, are probably the least “natural” places in the world: paved over, built up, masked in a haze of gasoline fumes, tunneled to make rivers of sewage. To suggest that my candy wrapper was somehow disrupting nature or harming the earth seemed totally facile and absurd (and oftentimes, still does). No, I’d argue smugly, littering just keeps the trashman employed. Even worse, I will recycle only as much as the local statutes require. I’m certainly not about to go out of my way to keep a few plastic bottles out of a landfill if it’s inconvenient. Crises like this are system-wide, and solutions need to be considerably larger than the guilt-motivated actions of self-righteous upper-middle-class Americans, who make marginal changes to their behavior while still happily contributing to the underlying First World problems of overconsumption and waste.

Still, I was always receptive to the idea of global warming: I’m no climatologist, but serious scientists with academic and professional bona fides have been voicing their extreme, sober concerns for my entire life. When scientific consensus is strong and widely acknowledged, I defer to it in matters of science. Climate change is no exception. But global warming (as it was called when I was a kid) seemed enormously far off, an abstraction, just one of many Big Problems that humanity would eventually be forced to confront. And even if the problem was unfathomably large, our technological solutions, our deus ex machinas, would themselves be unfathomably powerful.

A lot of intelligent people still seem to think this way.

In the days since I wrote the article for Salon — days I’ve spent immersed in sobering research that’s only further deepened my understanding of the enormous danger, severity and proximity of our onrushing climate disaster — I’ve confronted an insistent, almost desperate deus ex machina argument time and again. Technology, I’ve been repeatedly told, will save us from our oncoming ecological apocalypse, and if it can’t, did we really stand a chance in surviving our most destructive impulses in the first place?

Unfortunately, there are major problems with this line of thinking. First of all, our current climate projections, already enormously grim, “bake” a degree of deus ex machina into their models. Most mainstream climate models assume that the developed world will significantly slow its carbon emissions in the immediate future. Basically, by assuming that major economies will convert to renewable energy sources, and that this mass conversion will result in lower global emissions, these models force us to invent and implement renewable energy solutions just to keep pace with our models — and even then, they still usually predict atmospheric CO2 levels that eventually lead to global ecological apocalypse.

If we don’t manage to undertake these initiatives in the very near future, our models will only become more inaccurate — and far too optimistic. Even worse, the massively business-friendly political climate that dominates the developed world makes affecting any immediate, substantive changes to the way our economies operate functionally impossible. And even in the rare instances where wealthy nations have attempted to move away from fossil fuels, developing nations having simply picked up the slack, accounting for the vast majority of carbon emission growth throughout the last decade. In fact, a recent forecast projects that the developing world will increase their total emissions by 50 percent in the next twenty years — a far cry from the carbon draw-down needed if we want any hope of avoiding climate change's most perilous impacts.

What’s so frustrating about all of this is that there are very real solutions still available, though they’re certain to be massively painful and, potentially, economically catastrophic. Yet such is the price of our decades (centuries?) -long campaign to maintain our collective self-delusion — a delusion about humanity’s limited influence on our global climate, and a delusion that global capitalism can eternally expand on a planet of finite resources.

We’ve know of our illness for decades, and yet, instead of undertaking a treatment course, we’ve avoided our doctor’s calls, refused to talk about our condition with friends and loved ones, and found comfort in prayer rather than hospital beds. Sure, we’ve kept up to date on the latest experimental trial drugs, ever optimistic that some new palliative might come along to save us. And yet, this whole time we’ve had the option to undergo the global equivalent of chemotherapy, that unfathomably painful (and oftentimes dangerous) treatment course. We just chose never to pursue it.

This metaphor may be inelegant (you may even find it inappropriate!) but it elucidates my central point: to prevent the most dangerous, destructive and unpredictable consequences of climate change, we must drastically reconfigure our global economic system. At times (or from afar), these changes might seem as painful and undesirable as the effects of climate change itself. And yet, with our civilization’s very existence imperiled, we cannot simply hope for a better solution to suddenly arise unannounced, particularly if a realistic course of treatment exists today.

I really hope I’m wrong about climate change — I want a long, happy, healthy life as much as the next guy. But I’d feel a hell of a lot better about my chances if, as a society, we were willing to accept and acknowledge the enormous threat that global warming poses — and to see that its remedy is still available, should we have to courage to undergo it.