"Fast N' Loud": A reality show for your inner child 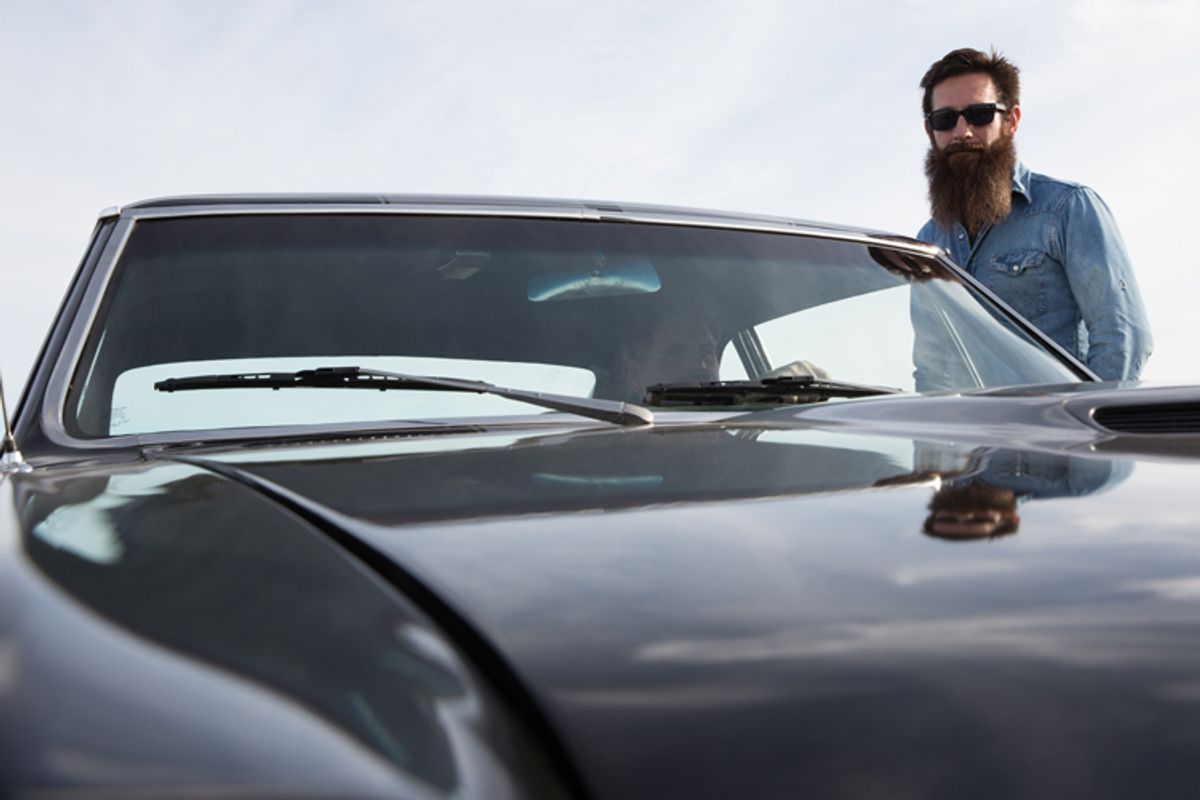 Last night was an exciting one for me as TV critic. I discovered a new show. Sometime yesterday, while trying to decide whether to revisit "Sleepy Hollow" for the umpteenth time or do a late hit on that maudlin "Bonnie and Clyde" biopic that's been running on three networks since Sunday, I stumbled across the Discovery Channel's "Fast N' Loud." I'm not a car guy, nor do I watch nearly enough Discovery Channel, but I am hopelessly nostalgic. The description in the scroll hooked me: A wheeler-dealer friend asks for Richard's help with a 1977 Trans Am "Smokey and the Bandit" build. I had no idea who this Richard guy was, but if he was building the sleek, black hot rod Burt Reynolds, aka "The Bandit," drove in that kitschy classic, my aimless couch surfing had come to an end.

Turns out, "Fast N' Loud" is sort of like a milquetoast rocker version of MTV's brilliant "Pimp My Ride." (If you never watched "Pimp," you missed hardcore-rapper-turned-mediocre actor Xzibit in the role he was actually born for: affable host. If that guy never gets a shot on the mic at "The Price Is Right" or "Family Feud," the world shall remain in darkness.) Unlike "Pimp My Ride," however, the impeccably coiffed Richard Rawlings and his team of camera-ready mechanics and detailers at Gas Monkey Garage down in Dallas do not turn old beaters into gaudy, rolling eyesores. Instead, from what I can tell, they buy, rebuild and refurbish classic cars -- occasionally at the behest of "wheeler-dealer friends" like last night's Jay Riecke, who make the kind of unreasonable, time-sensitive requests that are the meat and potatoes of reality shows. Call it "Re-Pimp My Ride."

Just a few years ago, I saw "Starting Over" (1979) and loved it. But as a child, I only associated Burt Reynolds with awesome, fast cars. The dude drove nonstop across the country at top speed in an ambulance with Dom DeLuise riding shotgun! My older brother and I used Matchbox Cars and Hot Wheels to re-create "The Cannonball Run" a thousand times. And, of course, he was the Bandit. As such, he made CB radio jargon an obsession in my home, at least, and turned the T-top Trans Am into a national treasure.

In a much hyped two-part episode -- the halves ran back to back last night -- Rawlings and Co. were tasked with "building" an exact replica of the iconic automobile in under a week for some vaguely outlined rally that Riecke was planning to attend. In the first of many stiffly staged sequences, the betting man dumped several stacks of crisp new hundreds in front of Rawlings as incentive for meeting the outrageous deadline. When the challenge was issued, I envisioned the show's host journeying to an old junkyard with a Confederate flag hanging over the fence and plucking some rusty Pontiac frame from the jaws of death -- or a compactor, or whatever. Needless to say, I was disappointed when Rawlings simply visited another classic car collector, haggled a bit, and drove away with a sweet-looking black Trans Am in decent condition.

That's not to say there wasn't still work to do. Rawlings' co-host, the spectacularly-bearded Aaron Kaufman, supervised as the car was hoisted into the air and many things on the inside were removed and replaced. (I told you, I'm not a car guy.) Eventually, when they started up the black beauty, it made unpleasant noises and there were shiny fragments of metal in the oil -- which, while very pretty, is apparently indicative of something very bad. Ultimately, the engine had to be rebuilt twice. The show's producers would have you believe it was touch and go there for a minute. But, as anyone who watches lighthearted reality shows knows, there was never any chance the Gas Monkeys weren't going to make their deadline.

The episodes were entirely too contrived. Riecke placed a side bet with Rawlings that the latter couldn't secure Burt Reynolds' autograph on the car. Did Rawlings fly all the way to Jupiter, Fla., to Reynolds' estate on short notice, stand outside the gate, and beg the aging movie star to sign the glovebox door? Certainly. Is there any chance this cameo wasn't arranged well in advance by the show's producers? Certainly not. There was a sad cameo from another "Smokey and the Bandit" star -- no, not Fred -- and an embarrassing fake dream sequence wherein Rawlings and various Gas Monkey staff reenacted scenes from the original film.

Still, it was fun to see clips of Burt Reynolds, Sally Field and Jerry Reed yukking it up in a movie that has always meant a lot to me. And it was gratifying to know that I shared that nostalgia with so many other people: The episodes were captioned with live tweets from viewers, most of whom expressed their indelible love for the car as much as for Reynolds. I don't know how often I'm going to watch "Fast N' Loud" -- again, not a car guy -- but I hereby vow to pay more attention to Discovery Channel offerings when scrolling through the TV listings. And if Rawlings ever decides to summon his inner Mark Hamill and rebuild the gorgeous, flaming Vette from "Corvette Summer" (1978), I am all the way in.