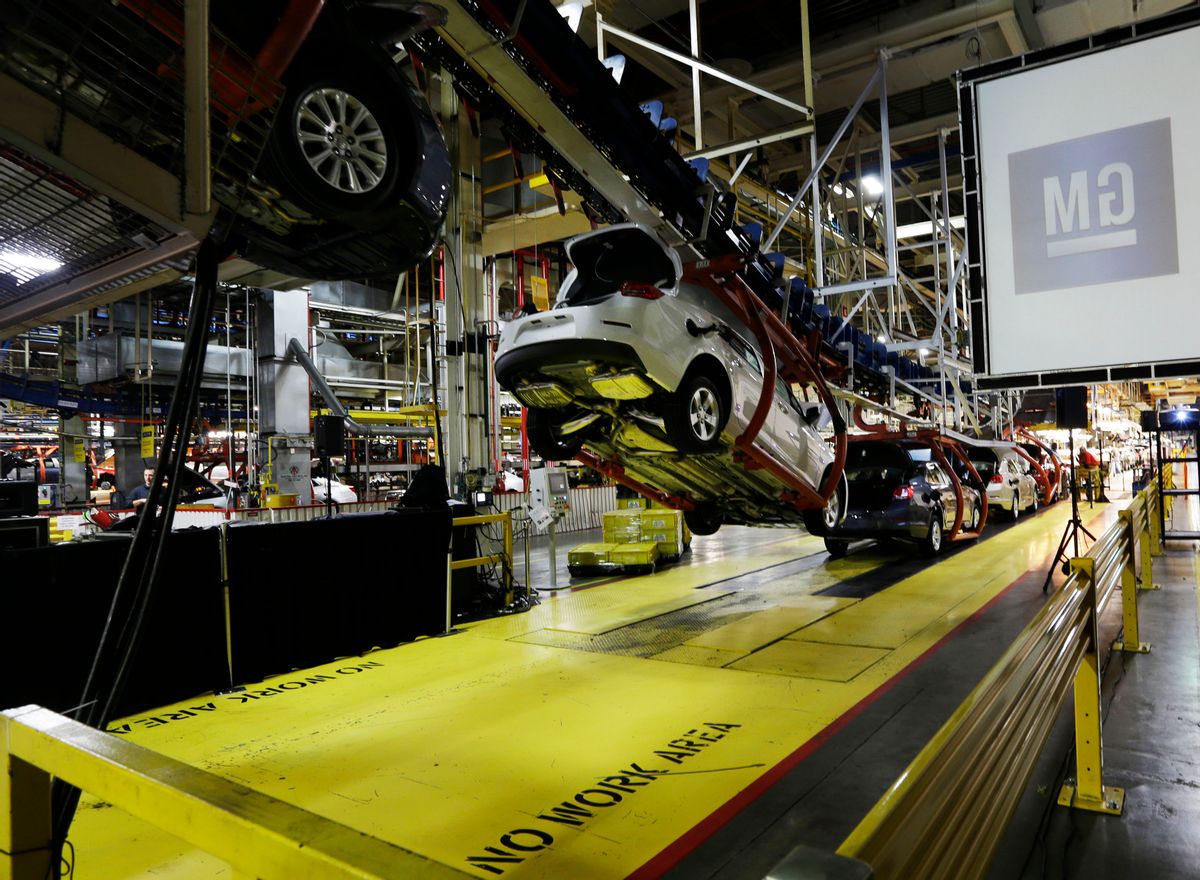 A woman has risen to the top executive post of an American automaker for the first time ever. It is 2013.

General Motors announced Tuesday that it has named Mary Barra as its new CEO, succeeding Dan Akerson and a long line of other men who have led the company since its inception. Barra is currently the only woman to take the top spot at any of the major American automakers. (As Business Insider notes, a woman currently runs Smart.)

“With an amazing portfolio of cars and trucks and the strongest financial performance in our recent history, this is an exciting time at today’s GM,” said Barra in a statement. “I’m honored to lead the best team in the business and to keep our momentum at full speed.”

In addition to naming Barra as the top executive, the GM board also named Theodore Solso to succeed Akerson as chairman. This isn't interesting information, but it does provide a great segue to talking about the dismal lack of progress around gender parity on the corporate boards of America's Fortune 500 companies, another thing that is pretty inexcusable in 2013.

According to a new analysis from Catalyst, women held less than 17 percent of corporate board seats at Fortune 500 companies in the United States in 2013, which is the eighth straight year without a significant increase in gender parity. Additionally, women held just 14.6 percent of executive positions at these companies, which is the fourth year with no growth in diversity.

As Covert notes, the dismal lack of progress is the result of deeply entrenched cultural biases -- and a lack of policy to incentivize diversity.

All efforts to increase gender diversity on corporate boards in the U.S. are basically voluntary. The only rules are from the Securities and Exchange Commission (SEC), which in 2010 began requiring companies to simply disclose information about how they consider diversity when selecting board members. The rules are so vague that they don’t necessarily mean gender or racial diversity and the SEC made it clear that they are “not intended to steer behavior.” Even so, over 60 percent of large companies fail to comply.

Many other countries, by contrast, have either instituted more concrete targets or even quotas for increasing gender diversity. The United Kingdom set a target of 25 percent female board members by the end of 2015, and the number of women on the country’s boards just hit a record high. Norway was the first to institute a quota of 40 percent female boards, and women now hold 35 percent of non-executive board positions. Belgium, France, Germany, Italy, and the Netherlands have since similarly passed quotas, and the European Union may soon do the same.