Mars One is serious about this one-way trip to space

The private mission announced that it's partnered with two lead suppliers 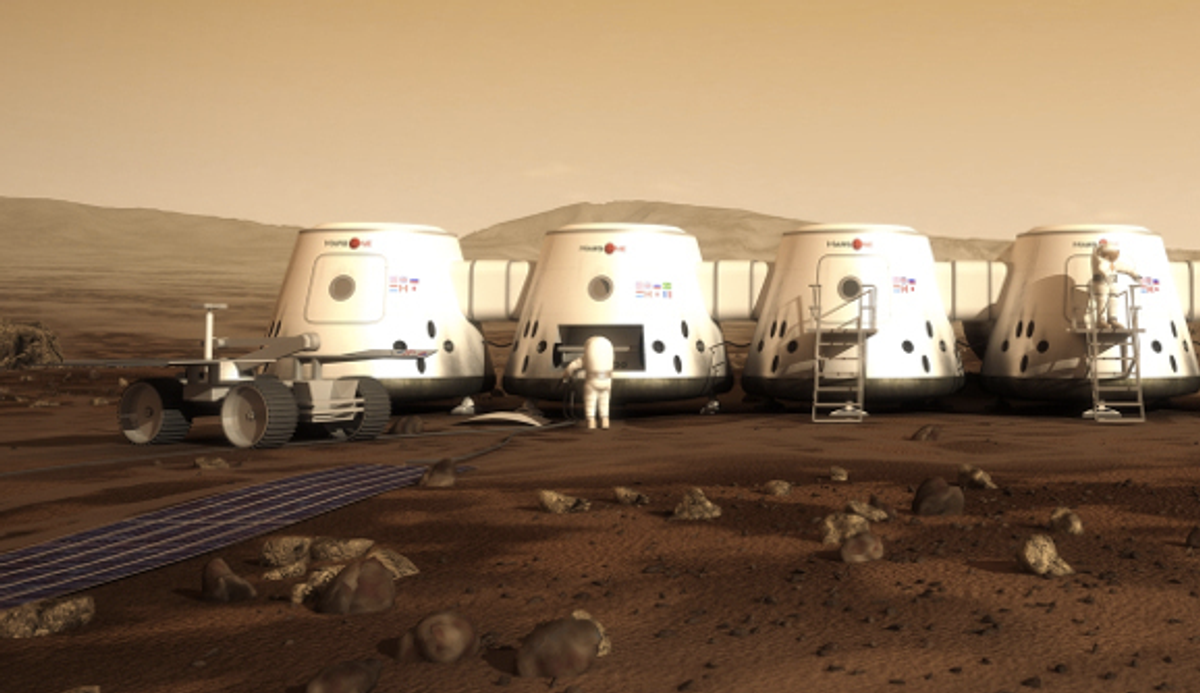 Mars One, the private not-for-profit foundation planning to send a select few of over 200,000 hopeful applicants on a one-way trip to the Red Planet, announced Tuesday that it's secured lead suppliers for its initial mission: Lockheed Martin, which was responsible for NASA's Phoenix Mars Lander, and Surrey Satellite Technology Ltd.

The launch, the foundation announced Tuesday, is scheduled for 2018, two years later than originally planned. In addition to sampling soil, it will serve as proof of concept for human colonization, which is scheduled for 2025. A lot still needs to happen before that, though. As SpaceNews points out, the contracts signed with Lockheed Martin and Surrey are only for designs: they're "a long way from a commitment to purchase space hardware."

Then, of course, there's paying for it. An Indiegogo campaign, also launched Tuesday, raised $10,000 in its first hour; as of this posting, it's over $16,000. The company's also raised about $200,000 in donations, along with an undetermined amount from application fees. That money is pocket change for a project of this size, but it demonstrates just how enthusiastic (certain) people are about its prospects.

Still, as CEO Bas Lansdorp acknowledged, "You can't go to Mars on excitement." While Mars One has yet to release its budget or say how much other funding it's managed to secure so far, Lansdorp said most of the money will come from sponsors and partners.

In a Twitter Q&A, the company did reveal one potential way it's found of securing the rest of the funds: