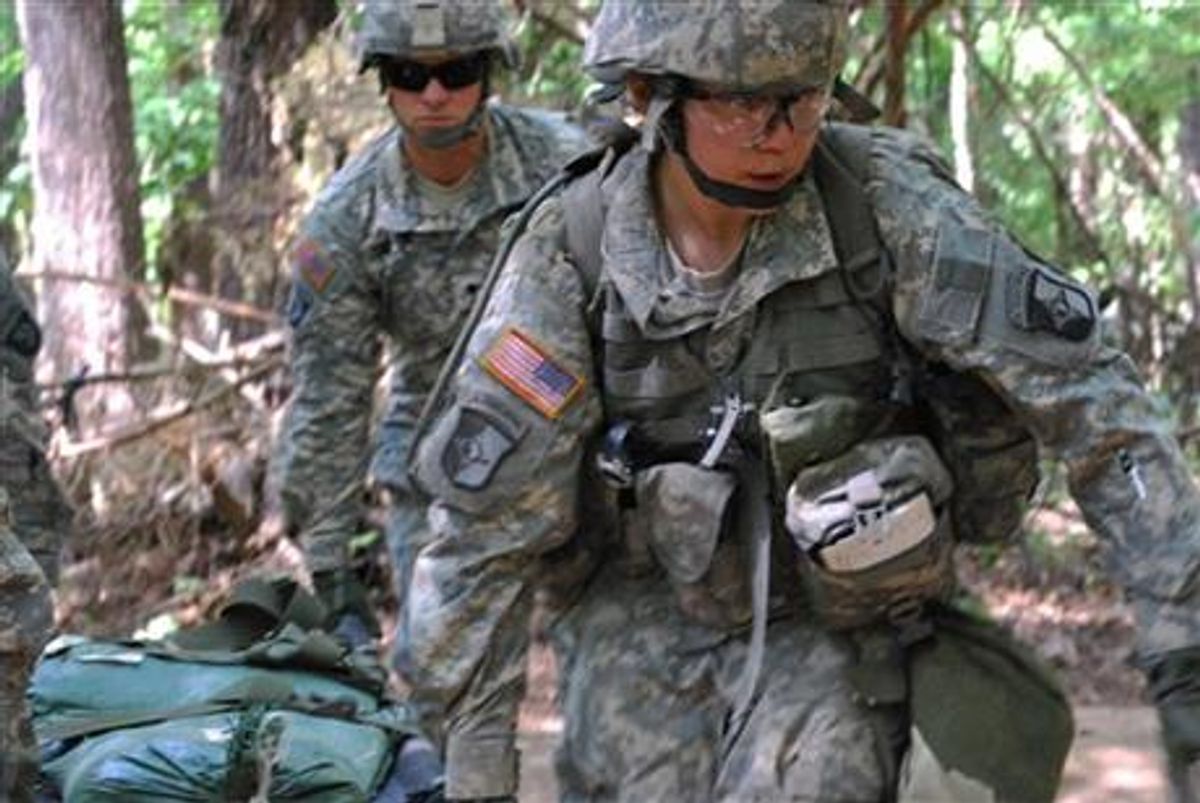 Members of the House and Senate armed services committees came to an agreement Monday on adding new protections for victims of sexual assault in the military, but the proposal in the defense authorization bill does not include the more sweeping reforms introduced by Sen. Kirsten Gillibrand, D-N.Y., and leaves the prosecution of sexual assault cases within the military chain of command.

More on the agreement from the Wall Street Journal:

The agreement calls for minimum sentencing guidelines for assaults. It also would provide special counsel to victims and would prevent military commanders from substituting a lesser offense for a guilty finding. It would criminalize retaliation against victims of sexual assault, something proponents say is central to addressing the issue.

Left out of the agreement was any resolution to a bitter and public debate among lawmakers over the role of military commanders in dealing with assault cases. Sen. Kirsten Gillibrand (D., N.Y.) has led a campaign to strip military commanders of their authority to decide whether assault cases can proceed, arguing that military prosecutors should take control of such cases. She has aggressively lobbied her Senate colleagues on the issue, sometimes clashing with members of her own party over the matter.

Opponents have argued that moving sexual assault cases out of the chain of command is a bad idea because it would prevent unit commanders from taking an active role in preventing and punishing sexual assaults. Sen. Claire McCaskill (D., Mo.) and other critics said commanders need to be held accountable, not removed from the process.

Ms. Gillibrand had sought to offer her proposal as an amendment to the defense bill, but an agreement among negotiators to allow no amendments will prevent her from doing that. A spokeswoman said she would seek another avenue to get it passed. "Regardless of what happens, the senator will not go away," said Bethany Lesser, spokeswoman for Ms. Gillibrand.

Anu Bhagwati, executive director of Service Women’s Action Network and a former Marine Corps captain, expressed disappointment that Gillibrand's amendment was not included in the agreement.

"We're disappointed Congress will not include Senator Gillibrand's Military Justice Improvement Act as an amendment to the 2014 National Defense Authorization Act," Bhagwati said in a statement. "Congress has chosen to sidestep the most important military justice reform to come across its desk in history, once again leaving sexual assault victims devastated and betrayed by inaction. However, the fight is not over. The majority of the American people and justice are on our side. Senator Gillibrand has introduced her reform as a stand-alone bill. We must continue to fight for justice for our troops by demanding Congress bring this important legislation to the floor for a vote."