Must-see morning clip: The NSA is totally doing that thing they said they're not doing 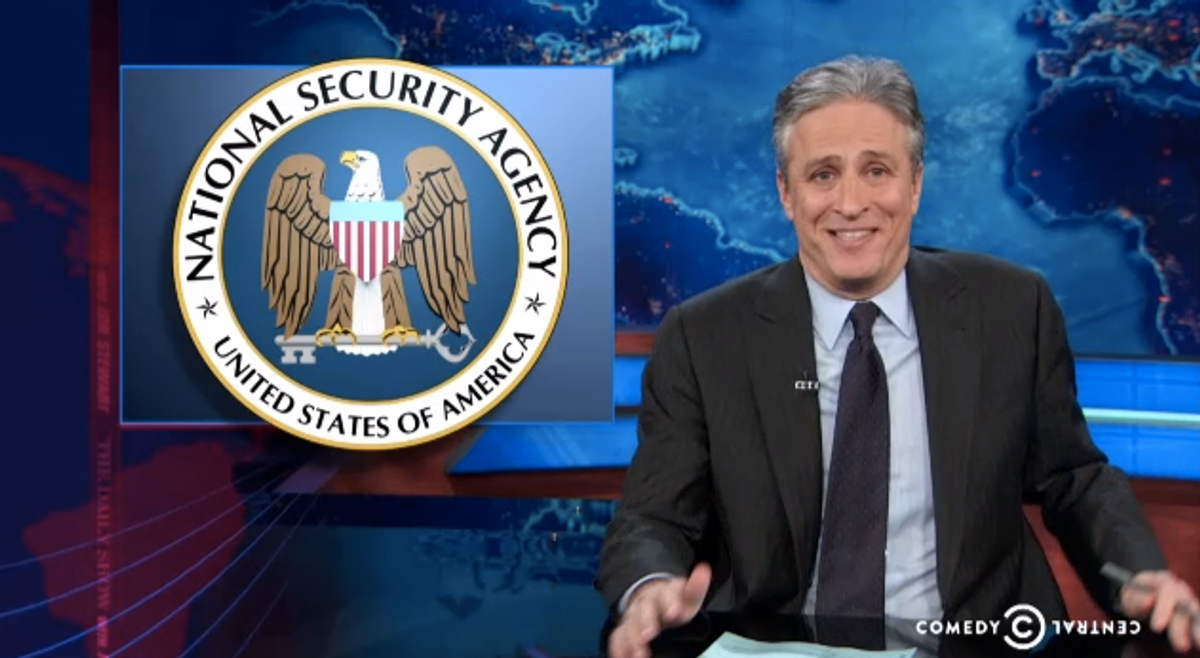 Jon Stewart has been keeping a tally of all the lies that the Obama administration has been making about the surveillance activities of the NSA, and it's staggering. "Over the past six months or so," he explained, "Americans have been playing a fun little game with the NSA. The NSA tells us they're not doing something, and then we find out ... ehhh ... they're totally doing it!"

The NSA has spied on personal phone calls of love interests and even the World of Warcraft, because, terrorism?