The stomach-churning reason why meat is so cheap 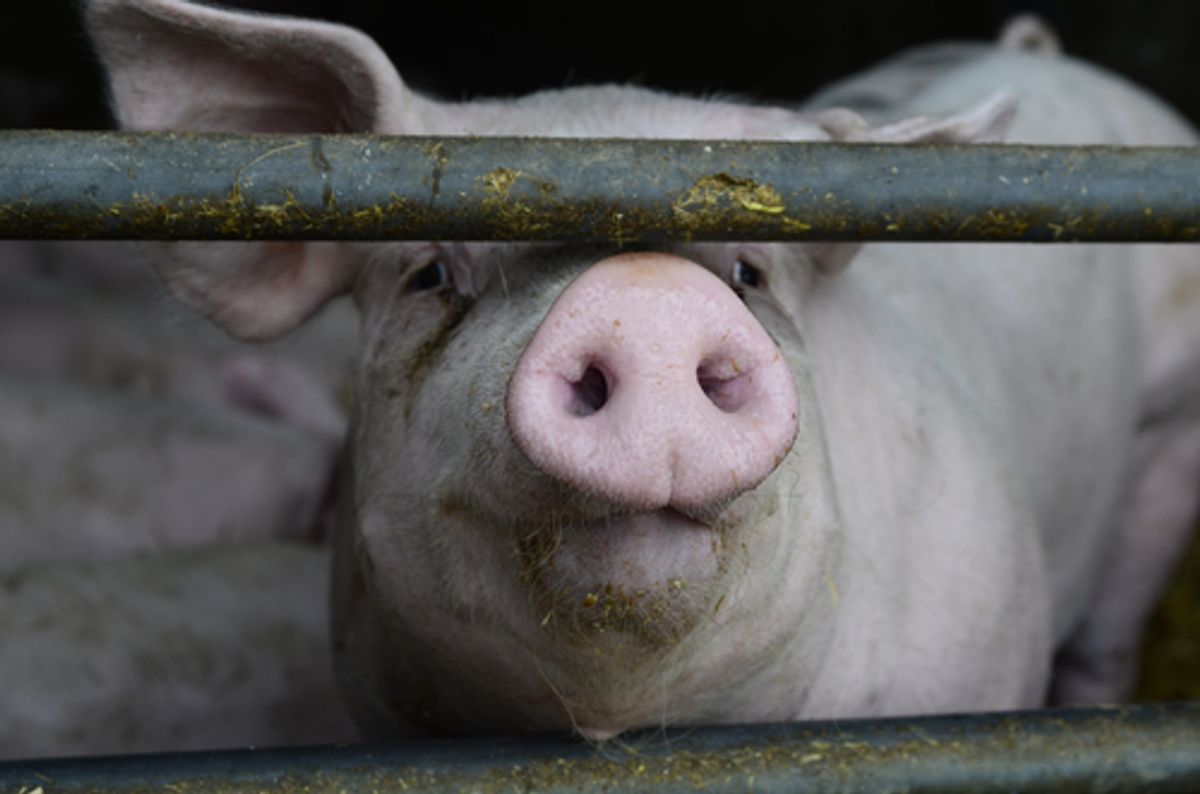 Rolling Stone just posted an in-depth, Snowfall-esque feature on the litany of abuses carried out by Big Meat. It covers, in horrific detail, the extent to which meat and dairy producers will go -- and the extent to which the government will overlook or even approve of their behavior -- in order to raise the estimated 9 billion broiler chickens, 113 million pigs, 33 million cows and 250 million turkeys consumed each year in the U.S.

It includes sound effects, pop-up factoids and some truly brutal descriptions of conditions on factory farms, like the following:

You’re a typical milk cow in America, and this is your life. You are raised, like pigs, on a concrete slab in a stall barely bigger than your body. There, you never touch grass or see sun till the day you’re herded to slaughter. A cocktail of drugs, combined with breeding decisions, has grossly distended the size of your udder such that you’d trip over it if allowed to graze, which of course you’re not. Your hooves have rotted black from standing in your own shit, your teats are scarred, swollen and leaking pus – infected by mastitis – and you’re sick to the verge of total collapse from giving nearly 22,000 pounds of milk a year. (That’s more than double what your forebears produced just 40 years ago.) By the time they’ve used you up (typically at four years of age), your bones are so brittle that they often snap beneath you and leave you unable to get off the ground on your own power.

That account of the typical doesn't include the instances of extraordinary abuse (one activist: “I had a job at a barn with this sick-fuck boss who was proud of the stuff he did to cows. One day, we’re doing repairs on a gate in the barn and a couple of cows stroll over to watch us work. Well, one grazes him with her snout, just to be playful, and he smashes her in the face with his wrench. I also got him bragging about past assaults, like tying a cow to a fence and taking turns beating her, getting the other guys to work her over.”) For the very not-faint-of-heart, there are videos, too.

The article fingers companies like Tyson and Perdue for transforming meat production into a tightly controlled, top-down system, under which they "began treating animals as production units, not living, feeling creatures with basic rights." And it's not enough that laws and USDA regulators aren't protecting these abusive and unsafe practices from happening, it continues. A new spate of lobbyist-driven "ag-gag" legislation is keeping activists from stepping in and doing the government's job for them. Various state laws make it illegal, for example, to film a farm from a public road, or to hold on to evidence for longer than 48 hours before presenting it to the police.

After a whole lot of bleakness, the article ends with a vision of humane slaughter, imagining a future when we can subsist on a more natural and regional food system. Everything that comes before it presents a solid case for us making the necessary sacrifices to get to that point -- as one activist told Rolling Stone: "Wherever you stand on the issue of eating animals, I think we agree that making their lives hell is too high a price for cheap food."