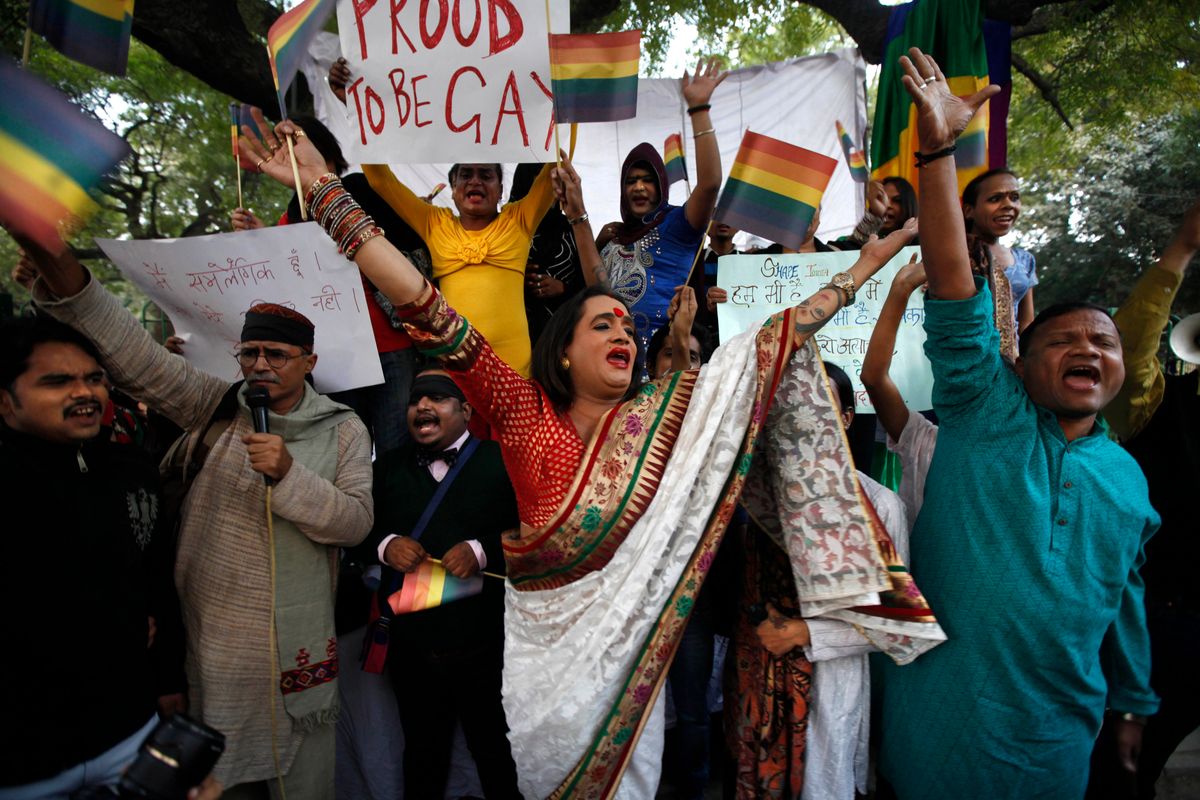 A Wednesday decision from India’s Supreme Court has made consensual sex between gay adults a crime in the country once again.

The high court reversed a 2009 ruling declaring the colonial-era sex law unconstitutional, reinstating the ban that calls gay sex “against the order of nature” and makes it a crime punishable by up to 10 years in prison.

If the law is to be invalidated, the decision must be left to Parliament, according to the court. While some ministers have expressed dismay at the ruling, the conservative Hindu nationalist Bharatiya Janata Party is predicted to sweep national elections come the spring, making the prospect of legislative action on the measure unlikely, gay rights advocates say.

LGBT rights and other activists took the streets in protest, denouncing the court's decision. “It’s a black day for us,” Anjali Gopalan, executive director of the Naz Foundation and the petitioner in the original Delhi case, said in a statement. “I feel so exhausted right now thinking we are being set back by 100 years … I think it’s pathetic and sad.”

As Reuters notes, Naz and other groups could ask for a review or a "curative petition" in order to overturn the Supreme Court decision, though these options "rarely succeed," according to Arvind Narrain, one of the lawyers representing the advocacy groups.

Activists have planned more protests against the ruling, more to come as the story develops.