Four French goats were caught on tape running for their lives in the Rhône-Alpes region. They just barely make it! 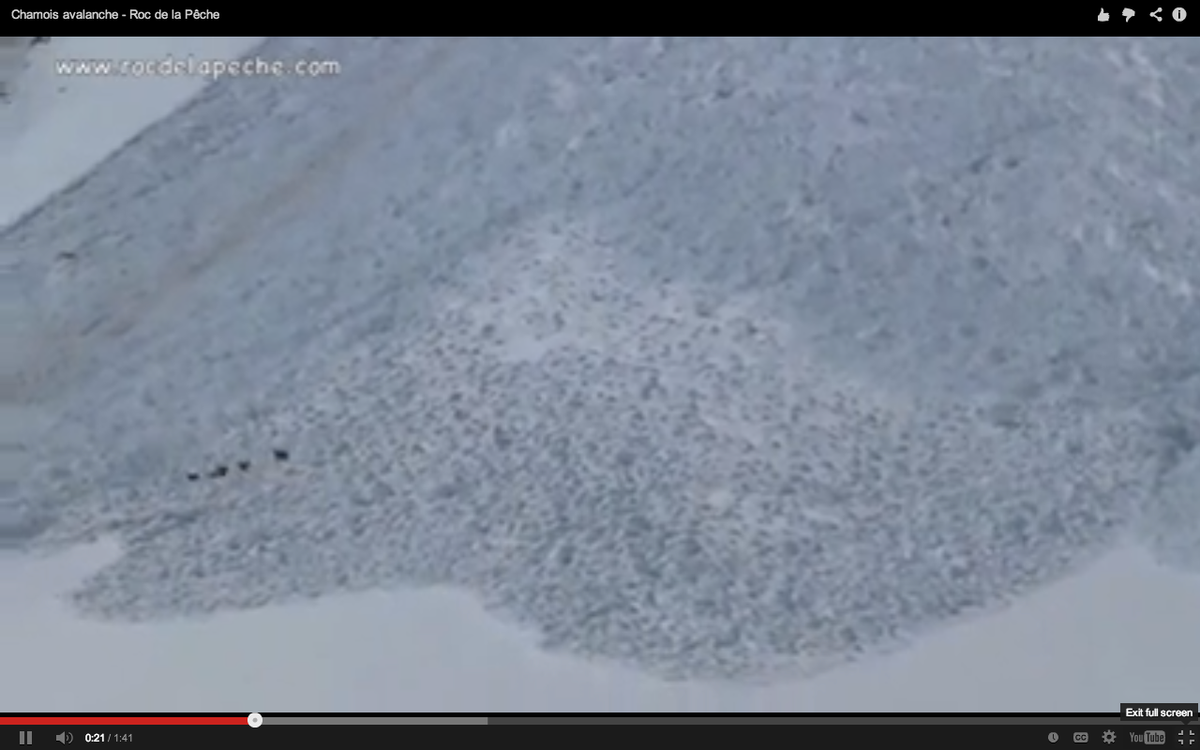 For skiers and mountain climbers, avalanches are swift and deadly affairs. For this group of French goats, however, they seem no more than a passing inconvenience.

The small herd is initially clustered on a steep slope near Roc de la Pêche, a refuge in Pralognan-la-Vanoise, a commune of the southeastern Rhône-Alpes region. When a wave of snow starts rumbling down toward their position, they run, briefly regrouping in a safer spot. Then they notice that they’re still not out of harm’s way, but only a few bolt again—four other goats stay where they are and let the avalanche roll right over them.

It looks, from our perspective, as if these stubborn few are buried alive. Yet moments later we see some movement: as the snow settles, the goats actually dig out, pick their way over the shifting terrain, and soon rejoin their speedier comrades to the applause of several delighted onlookers. “Quatre!” one exclaims upon seeing that all four vanished goats have reemerged.

So maybe keep this in mind when tempted to complain about the wintry weather today? However bad it is outside, you only need to be nimble enough to avoid stepping in slush puddles.