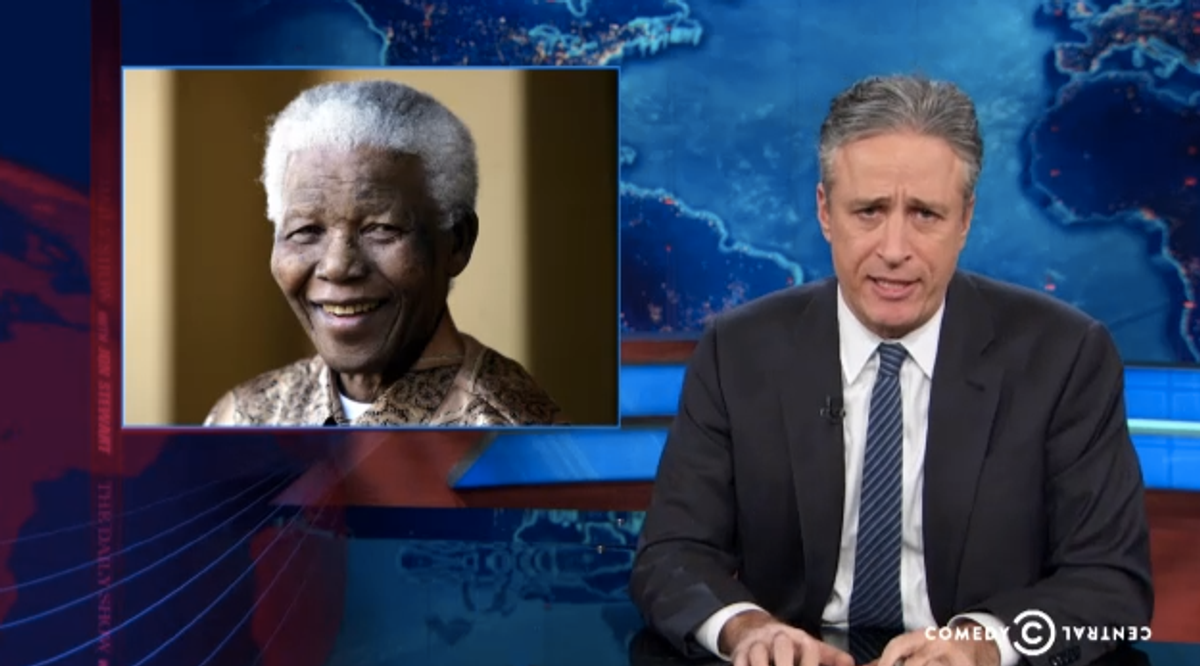 Ever desperate to find scandals, media outlets on Tuesday focused on a two-second handshake between President Barack Obama and Cuban President Raúl Castro at the memorial service for international human rights icon Nelson Mandela. Scoffing at reporters who wondered what "the handshake seen around the world" could possibly mean, "The Daily Show's" Jon Stewart said, "The passing of Nelson Mandela left a message to the world: That no act is too petty for America's news media to blow completely out of proportion."

He excoriated the media, saying, "Barack Obama, at a memorial, celebrating the life of Nelson Mandela -- a man whose legacy is that he forgave and embraced his foes and tormentors, and thus inspired his country to a national and democratic rebirth."

"Attending that, Obama had the audacity to greet another world leader with a gesture so meaningless, you can train a basset hound to do it," he joked.