DiGiorno dropped the supplier after seeing the video 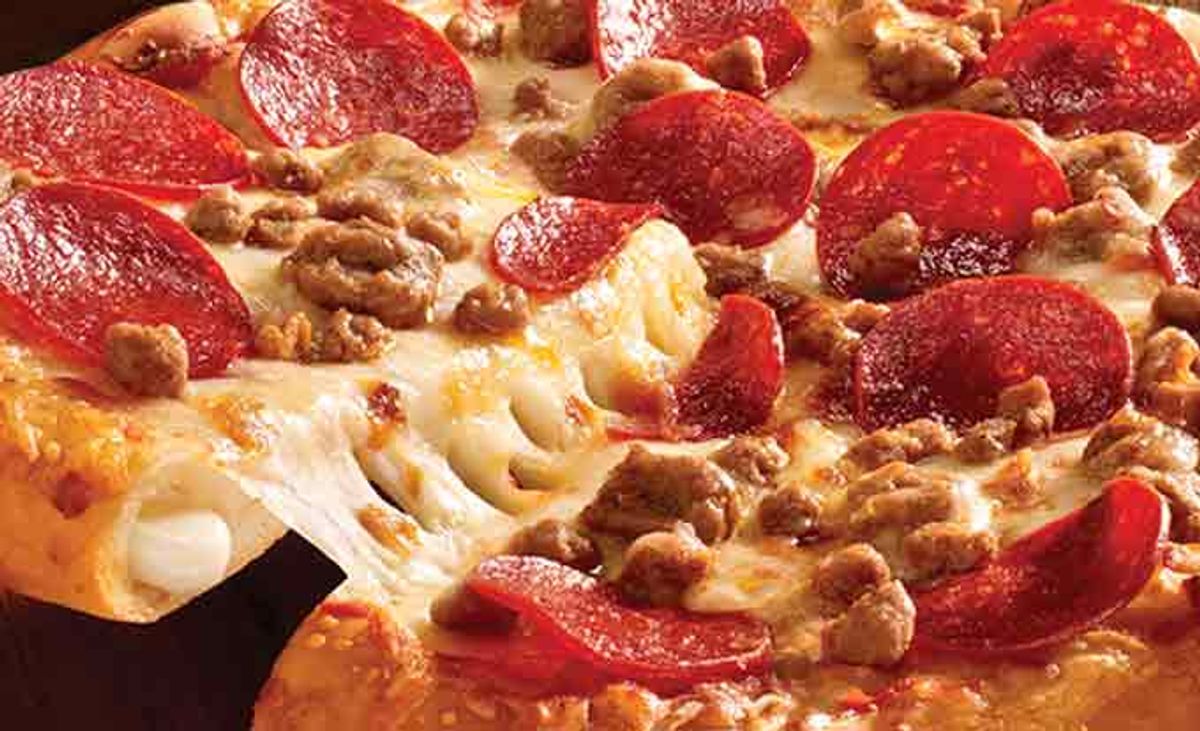 The video, shot by an undercover activist for Mercy for Animals, shows workers at the Wisconsin dairy farm kicking, beating and stabbing cows, as well as dragging them with ropes.

“Nestlé is outraged and deeply saddened by the mistreatment of animals shown in this video,” Deborah Cross, a spokesperson for Nestlé’s pizza division, which manufactures DiGiorno pizza, told NBC News. Foremost Farms USA, DiGiorno's cheese supplier, also indicated that it will no longer accept dairy from the farm.

The Wiese family, for its part, said it was “shocked and saddened” by the video. They fired two employees and removed a third from "animal handling" responsibilities; local police are conducting further investigations.

In contrast to the continued rampant and unregulated animal abuse fueling the meat industry, and to the spate of new legislation aimed at quieting -- and even punishing -- those who try to expose it, DiGiorno's swift response indicates that the industry is finally starting to pay attention. Businessweek places it as part of an encouraging trend:

Paul Shapiro, a spokesman for the Humane Society of the United States, says a farm animal protection campaign that started back in 2005 has “only started paying off in the last few years.” In one sign of the shift, major food companies fromGeneral Mills (GIS) to Kraft Foods (KRFT) recently pledged to use humanely raised meat, according to the society.

Just last year, Nestlé began developing responsible sourcing guidelines based on its commitments to improved animal welfare. A document on its corporate website lists “Five Freedoms” to be applied to animal welfare that go beyond hunger and shelter to “freedom from fear and distress” and “freedom to express normal patterns of behavior.”