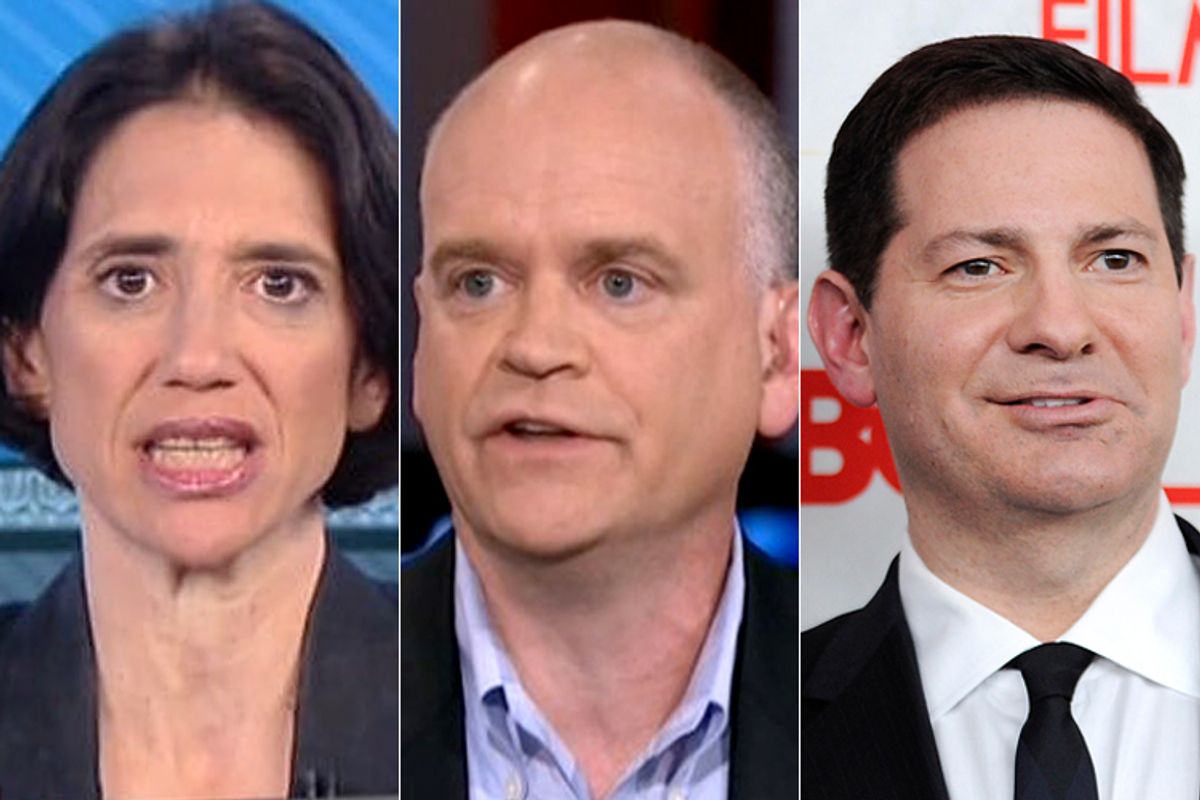 Back in August and September, two opposing analytical frameworks dominated the media's coverage of the government shutdown and debt limit hostage crises.

On one side of that divide, liberals argued that President Obama's refusal to negotiate with Republicans wasn't just appropriate, but necessary to preserve an appropriate balance of power between the executive and the legislature -- the only way to restore the basic give and take of governing.

On the other side, most conservatives, and several allies of convenience in the mainstream media, argued that Obama needed to get his hands dirty and negotiate a settlement of both issues, even if it meant paying a modest ransom to the GOP. That his refusal to be extorted, to haggle over the terms of his own surrender -- to say nothing of his prior inability to strike a grand bargain with the same hostage-taking party -- amounted to a failure of leadership. Many said his position was unsustainable.

National Journal's Ron Fournier argued paradoxically that while Obama couldn't cave to GOP ransom demands, he also needed to negotiate a ransom. Or that a more adroit leader would have been able to wring a mutually agreeable budget deal out of uncompromising House Republicans.

Washington Post conservative Jennifer Rubin interpreted Obama's refusal to negotiate not as an attempt to end the cycle of brinkmanship Republicans had initiated two years earlier, and return to reciprocity in divided government, but as a not-very-leaderly political scheme meant to destroy their party.

It's very hard to look back at the events of the past couple months and not credit Obama with provoking this volte-face. Ryan never really cast his lot with the Obamacare defunders. But back in the summer, he was a leading advocate of the view that Republicans should use the debt limit to force Obama to agree to a budget on GOP terms.

“I think it will fold into the debt ceiling fight. I think that’s inevitable. And preferable in my opinion. I like combining all of our leverage, which is sequester and the debt limit,” Ryan told National Review. "Nobody believes [Obama won't negotiate]."

The deal he struck with Murray, by contrast, wasn't negotiated under threat of default. As such, it contain no fruits of the right's extortion fantasies. No cuts to big social insurance programs. No pound of Obamacare flesh. But it doesn't bear any of the hallmarks of a GOP cave either. No tax increase on rich people. No unemployment extension. Nothing about this deal suggests Obama destroyed the GOP and is now running roughshod over them for sport.

On the merits the Murray-Ryan plan should have been just as acceptable in September as it is now. But Republicans weren't temperamentally prepared for it then. And it's only happening now because Obama refused to be extorted into accepting a GOP-authored plan, and legitimizing the kind of brinkmanship that has defined the GOP's House majority since 2011.

In that sense his refusal to negotiate in October wasn't a failure of leadership, but precisely the tough-minded act of leadership Republicans needed to reach an understanding of the limits of their power.

It's been pretty clear since January, when Republicans once again declared the tax code off limits, and very clear since the summer, that a lowest-common-denominator budget deal was the only kind of deal this Congress could pass. But first Republicans had to abandon the fantasy that they could force Obama to make larger, unreciprocated concessions. Once the government shutdown ended, and Republican leaders had accepted the perils of deploying uncompromising tactics, it wasn't too hard to figure out where this was headed.

The parties' differences remained too vast for a big budget deal, but the GOP's aversion to triggering another shutdown augured for something like Murray-Ryan.

Fournier and others can of course claim that a more skilled leader could have mustered a more ambitious accord, now or earlier in the year. Critics mock this as magical thinking -- a belief that, like the Green Lantern, presidents should be able to broker compromises and accomplish great things through sheer force of will. But the criticism is inapt. The leadership trope isn't mistaken because leadership is an abstract tool like will power. It's mistaken because leadership isn't a quality, no matter how refined, that will persuade Republicans to make the compromises required to do ambitious, bipartisan things.

But it did persuade them to stop lurching from crisis to crisis. Leadership enthusiasts just didn't recognize it at the time.