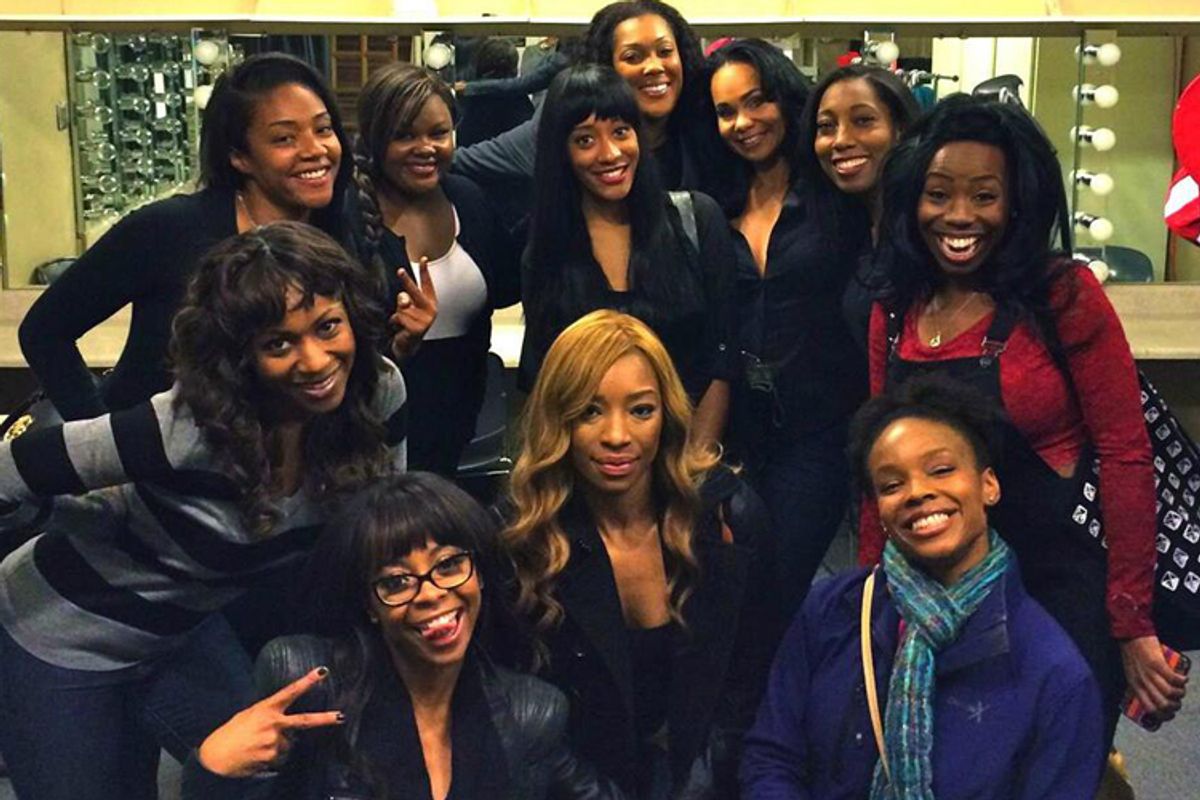 After facing criticism from Salon, numerous media outlets and past and current performers for not having any black women on its cast, "Saturday Night Live" took its most significant step yet to address the issue by holding a secret audition for black female comics last week, reports Web site The Jasmine BRAND.

Actress and comedian Bresha Webb told the site that auditions were held at LA's Groundlings Theater. "The audition came about from an inside source from SNL," she said. "I don’t think any of us had a clue about the showcase until two days prior. It was an awesome opportunity even though it was such a short notice but, if you stay ready you ain’t gotta get ready and we were READY!"

Though "SNL" has long-been criticized for its lack of racial diversity, the decision to kick off its 39th season with six new white cast members -- five of whom are men -- sparked a fresh debate, even prompting current performers Jay Pharoah and Kenan Thompson to speak out. But when Thompson made the audacious claim that there weren't enough talented black women, critics got even louder and demanded that "SNL," as Pharoah put it, "pay attention" to voices currently absent from the program. The show finally responded by Kerry Washington to guest host and, in a funny segment where Washington struggled to play Michelle Obama, Oprah and Beyonce in the same sketch, said it was looking to hire a black woman "in the near future."