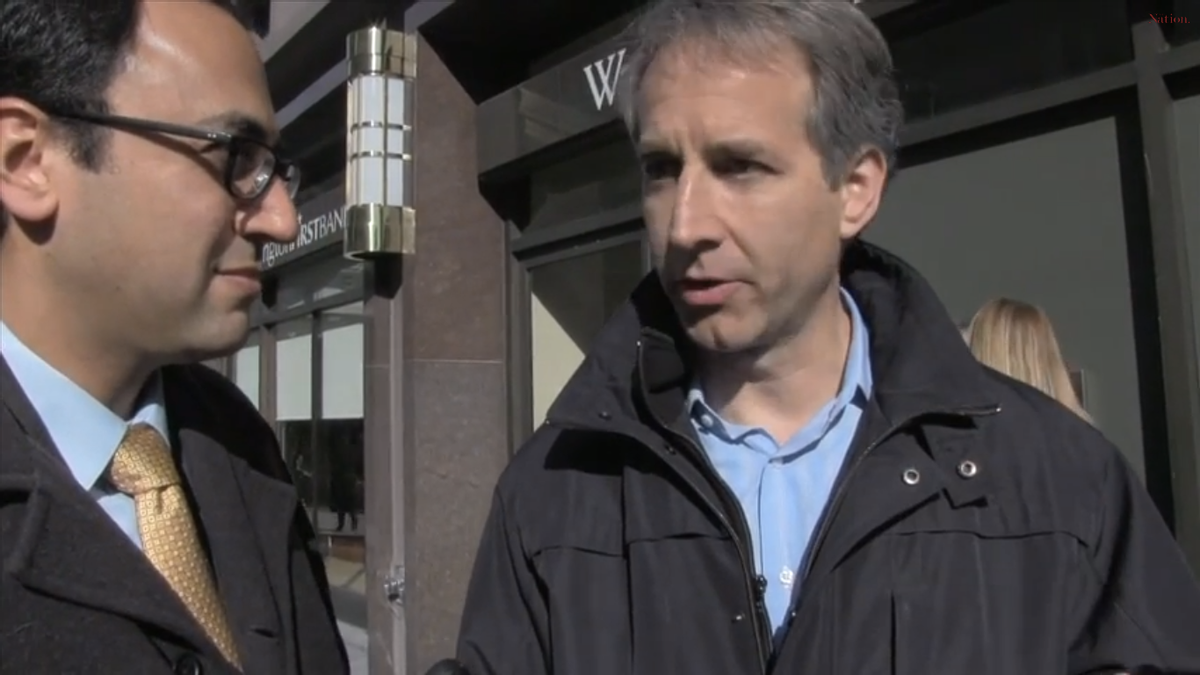 Ever since it caused an outpouring of indignation on the left by attacking Sen. Elizabeth Warren in the Wall Street Journal, Third Way, the neoliberal think tank, has been ducking questions about where, exactly, its funding comes from.

But at a demonstration on Wednesday outside its Washington, D.C., office, senior vice president Matt Bennett admitted that, contrary to the impression Third Way initially gave of the finance sector providing a minuscule amount of its funding, Third Way's money comes overwhelmingly from its board of trustees — which, as Daily Kos and others have shown, is itself overwhelmingly composed of people who make their living in finance.

Asked by Progressive Change Campaign Committee co-founder Adam Green to name a percentage of Third Way's funding that comes from people in the finance sector — rather than institutions — Bennett conceded that "the majority of our financial support [comes] from trustees." When Green pressed Bennett for a "ball park" or a "percentage" guess, Bennett demurred. "I'm not going to get into that," he said.

You can watch the Green and Bennett exchange below, via the Nation: