With no clear front-runner, the Golden Globe nominations announced

"12 Years a Slave," "Gravity" and "American Hustle" among the top nominees 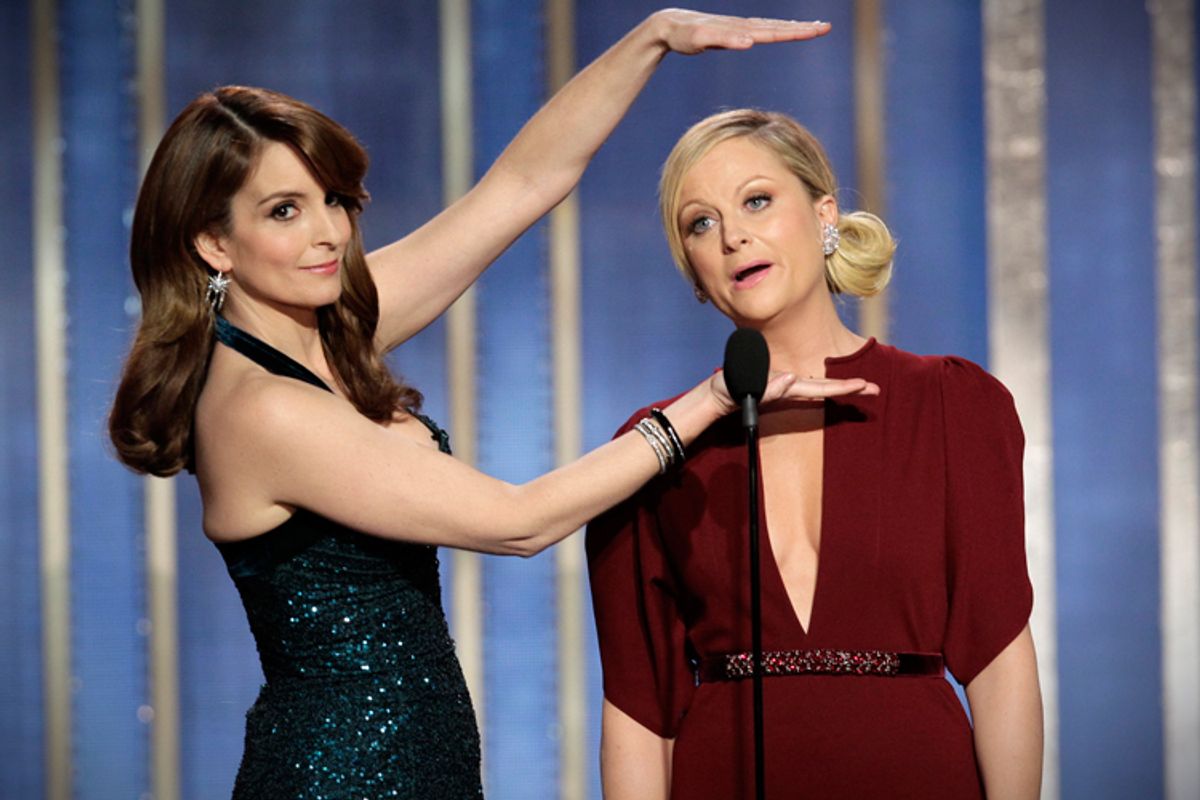 The Golden Globe nominations, announced this morning and available here, reinforced the sense that there is no front-runner in the Oscar race. In the best picture race, which has in recent years seen seemingly inevitable victors get crowned early, there is not yet a clear favorite. The Golden Globe drama race includes the antebellum tale "12 Years a Slave" (the most-nominated film, along with comedy "American Hustle"), the piracy thriller "Captain Phillips," and the space odyssey "Gravity," all strong contenders though none quite in line with the sort of film the Globes historically have honored. They were joined by surprise nominees "Rush" and "Philomena," excluding two historical dramas that have heretofore been seen as potential nominees, "Lee Daniels's The Butler" and "Dallas Buyers Club." (Both of those films were top nominees at the Screen Actors Guild Awards.)

The Globes are voted on by foreign journalists, not moviemaking professionals, but the awards do have some influence; despite grousing most years about the strange nominations and the Hollywood Foreign Press's love of celebrity, the Golden Globes are the most-watched awards ceremony before the Oscars, a key opportunity to win voters over as they decide who ought to win. Perhaps the most surprised to miss out on that opportunity this morning is Oprah Winfrey, a star whose stature would seem to make her an obvious Golden Globe nominee, given their fondness for celebrities; the actress's appearance in "Lee Daniels's The Butler" appeared to have been crowded out of the supporting actress field, evidently by "Blue Jasmine" actress and surprise nominee Sally Hawkins. (No matter about the lost star power: The category still includes Jennifer Lawrence for "American Hustle" and Julia Roberts for "August: Osage County," as well as critical favorites Lupita Nyong'o for "12 Years a Slave" and June Squibb for "Nebraska.")

Because the lead acting categories have 10 spots to play with across comedy and drama, there were few true surprises. Perhaps the most competitive race is the best actor in a drama field: Robert Redford, nominated for his solo appearance in "All is Lost," surely hopes to regain some momentum after not having been nominated at the SAG Awards, and is nominated alongside Tom Hanks ("Captain Phillips"), Matthew McConaughey ("Dallas Buyers Club"), Chiwetel Ejiofor ("12 Years a Slave"), and, in a slight surprise, Idris Elba ("Mandela: Long Walk to Freedom"). Given the strength of that field, the addition of five more nominated actors, in musicals or comedies, hardly clarifies things: that field includes Christian Bale ("American Hustle"), Bruce Dern ("Nebraska"), Leonardo DiCaprio ("The Wolf of Wall Street"), Oscar Isaac ("Inside Llewyn Davis") and Joaquin Phoenix ("Her").

The sense that the Oscar race for best actress has winnowed down to six women competing for five slots was reinforced, too, by today's nominations. In the best actress in a drama race, likely Oscar nominees Sandra Bullock ("Gravity"), Cate Blanchett ("Blue Jasmine"), Judi Dench ("Philomena") and Emma Thompson ("Saving Mr. Banks") are alongside Kate Winslet for the poorly received "Labor Day"; on the comedy side, Meryl Streep ("August: Osage County") and Amy Adams ("American Hustle") share space with nominees from three much smaller and less-widely heralded films (Julie Delpy for "Before Midnight," Julia Louis-Dreyfus for "Enough Said," and Greta Gerwig for "Frances Ha").

That "August: Osage County" (based on a dark Broadway play about family secrets and drug addiction) and "American Hustle" (about an FBI sting operation) are considered comedies -- as well as "Her" (a melancholy love story about a man and his OS) and "The Wolf of Wall Street" (based on the life of Jordan Belfort, convicted for securities fraud) -- may well be the story of this year; generic distinctions seem particularly fluid in this year's Golden Globe race. If Meryl Streep and Cate Blanchett win their respective acting awards, the "comic" actress will have given a performance with even less levity than the "dramatist." But, of course, what really matters is the speeches they give; Oscar voters are watching at home.