Wildlife managers recommended that the bears be de-listed, opening them up to be hunted 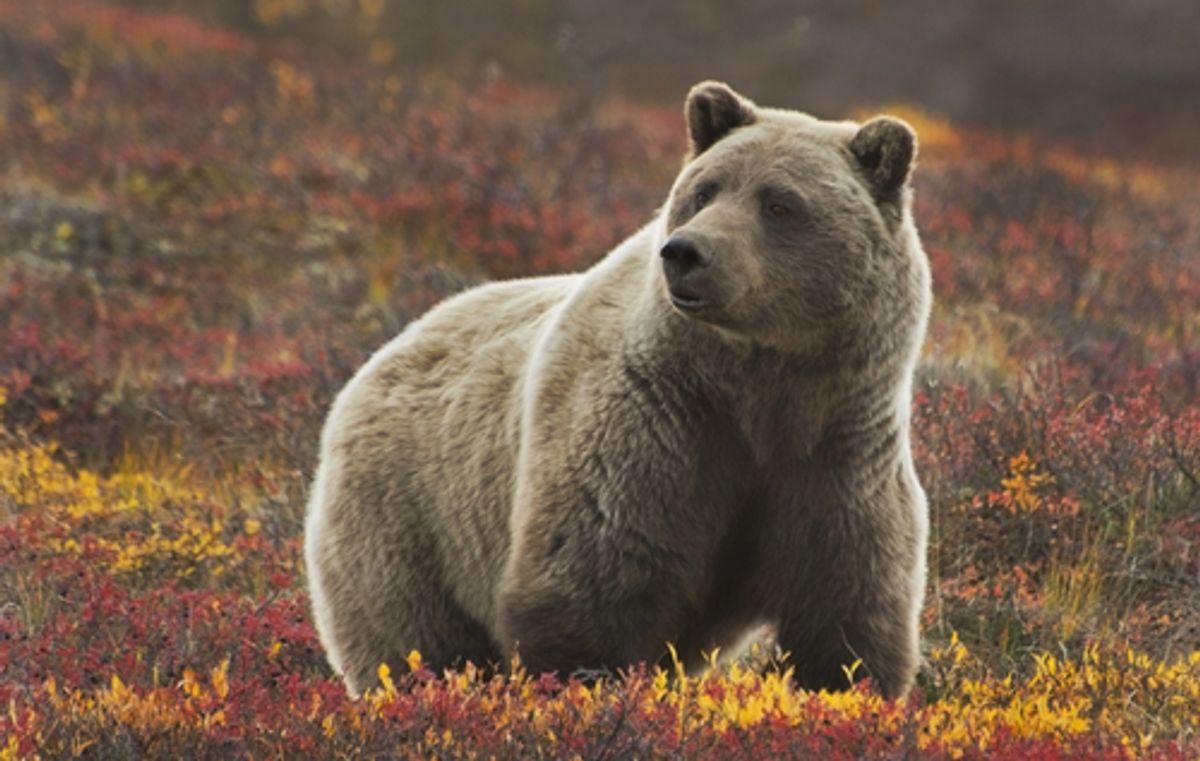 There's good news and bad news for Yellowstone's grizzly bear population. The good news is that they're on the upswing, with about 600 living throughout the park. The bad news is that, since they're doing so well, their state and federal managers are recommending that they lose their Endangered Species Act protections. If that happens, it'll open them up to be hunted.

Yellowstone's grizzlies, now classified as a threatened species, were briefly removed from protected status by the federal government in 2007, when the U.S. Fish and Wildlife Service declared that the outsized, hump-shouldered bears had made a healthy comeback.

At the time, the number of grizzlies in the region had exceeded the government's recovery goal of 500 bears, the government said.

But conservationists successfully challenged the de-listing in court, arguing that the government discounted climate changes that brought about the decline of whitebark pines, a crucial food source for grizzlies, in the Yellowstone area.

On Wednesday, members of the Interagency Grizzly Bear Committee sought to reverse that decision, recommending a new de-listing after reviewing a report suggesting Yellowstone's bears can be sustained by berries and a multitude of other food sources.

It's just a recommendation -- the Fish and Wildlife Service will make the official decision about the bears' fate. But as Yellowstone is one of only five places in the lower 48 states where grizzlies, who once occupied much of North America, remain, conservationists are likely to again fight any attempts to lessen their protections.