Police say the shooter is dead, and one student in critical condition 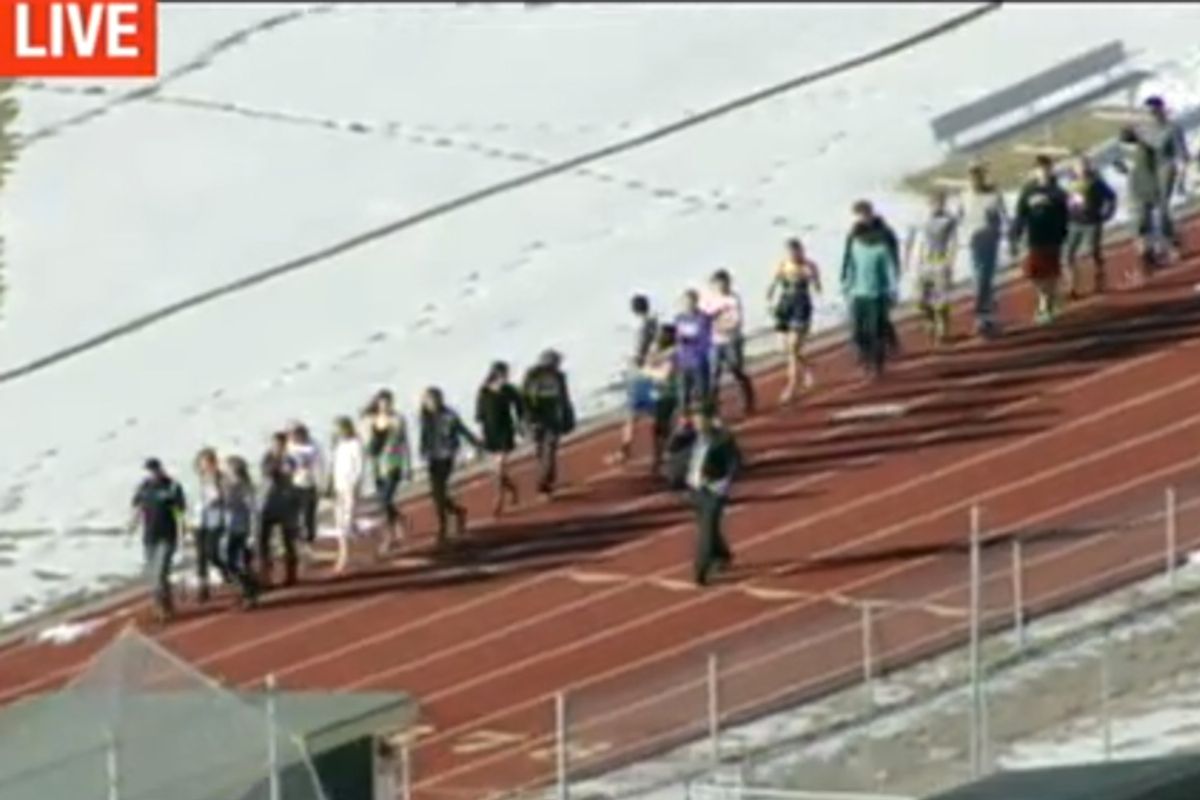 Two students have reportedly been injured at Arapahoe High School in Centennial, CO. In a press conference just before 2 p.m., Colorado time, Arapahoe's sheriff confirmed that the shooter, a student, was dead after what appeared to be a self-inflicted gunshot wound. Police had originally called the shooting an "active shooter situation," according to KUSA-TV.

The shooter was targeting a specific teacher, who escaped from the school unharmed, according to the sheriff. The incident, which began around 12:30 p.m., local time, according to the Denver Post, is still under investigation.

One person, a "minor" according to CNN, has been transported to a nearby hospital to receive treatment for a gunshot wound. A hospital spokesperson has stated that the victim, a student, is in critical condition, the AP reports. Another student was reportedly injured, although not seriously, police say.

"I was scared and shaking," one student said.

She said she heard, "bang, bang, bang" and by the third shot she was on the ground.

Students said they hid in the corners of dark classrooms until they were led out of classrooms. Adam Jones, whose sister goes to high school, said students are still locked in rooms about an hour after the shooting began and were "very scared."

A teacher wrote in a text message from inside the school: "lockdown-super scary."

After news of the shooting broke, images of students evacuating the school quickly flooded Twitter. [Via BuzzFeed] More than 2,000 students attend Arapahoe.

As late as 2:05 p.m., some students were still being held on lockdown, according to the Denver Post's Ryan Parker. Some of those still inside the building began filing out shortly thereafter, each of them frisked by police, according to Parker. Other area schools were placed on lockdown as precaution.

CENTENNIAL, Colo. (AP) — A suburban Denver student shot at least one other student at a high school Friday before he apparently turned the gun on himself, authorities said.

Arapahoe County Sheriff Grayson Robinson said the student was wounded when he confronted the gunman at Arapahoe High School in Centennial.

A student was taken to a hospital in critical condition, said Jason Dunkel, spokesman for Littleton Adventist Hospital.

Students were seen walking toward the school's running track with their hands in the air. Television footage showed students being patted down.

The school is about 8 miles east of Columbine High School in Littleton, where two teenage shooters killed 12 classmates and a teacher before killing themselves in 1999.

THIS IS A DEVELOPING STORY. CHECK BACK LATER FOR UPDATES.