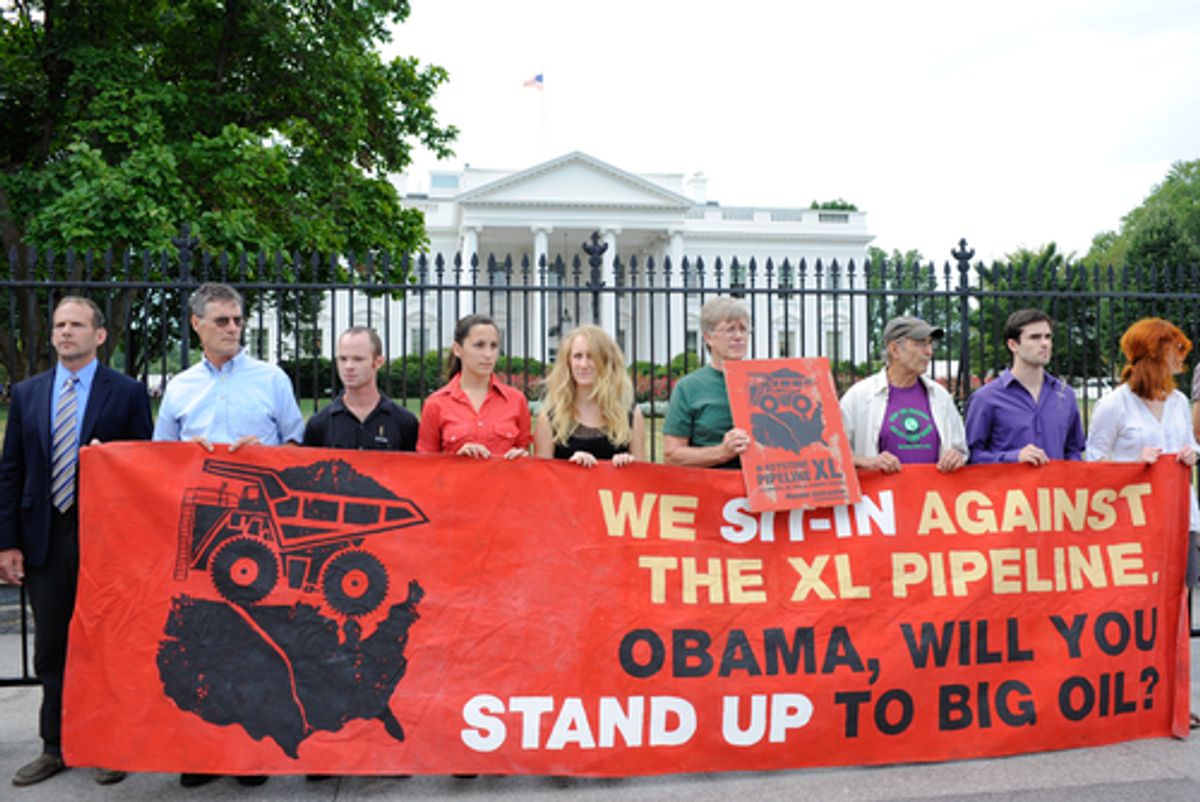 The majority of Americans -- 56 percent -- support the Keystone XL pipeline, with "cautious optimism" that it will be beneficial to U.S. energy security, according to a poll conducted by Bloomberg News. Of the 1,004 U.S. adults surveyed, only 35 percent cited environmental concerns, such as increased greenhouse gas emissions and the potential for oil spills, as outweighing the benefits.

Still, in a somewhat encouraging sign that the environmentalists' messages are getting through, 58 percent of respondents said they'd support requiring Canada to take steps to reduce its emissions as a condition for approval. And many appear convinced that environmental groups, which see the pipeline as a test of the Obama administration's commitment to climate action, carry major clout:

The poll also asked respondents why they think the administration has yet to make a decision on the pipeline. More than twice as many -- 61 percent versus 28 percent -- blame the delay in approving the pipeline on potential political problems it would create with environmental groups rather than on “legitimate concerns” about an increase in carbon emissions.

As expected, those who identified with the Tea Party were more likely to support the pipeline. Democrats, though, were evenly split, with 44 percent for and 44 percent against.