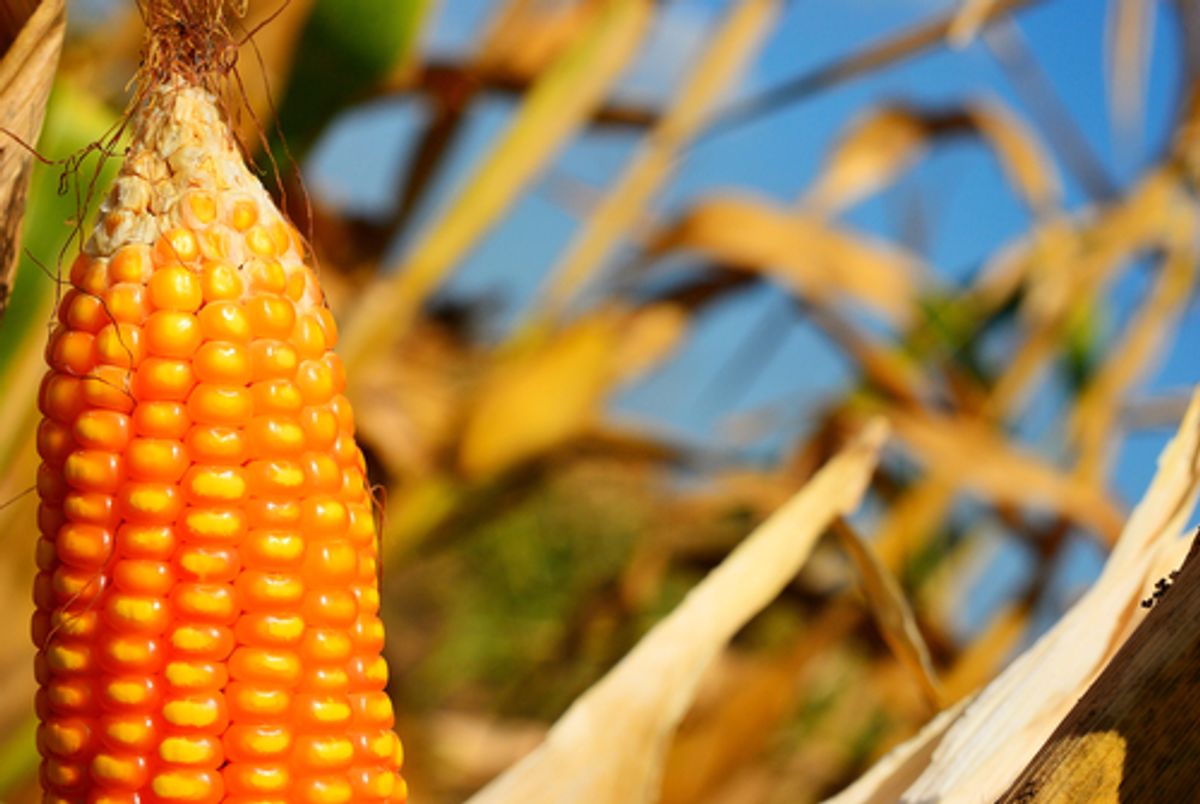 Two Chinese scientists were charged with trying to steal patented seed samples from a biopharmaceutical company in Kansas, according to the U.S. district attorney.

The defendants, Weiqiang Zhang and Wengui Yan, are both Chinese nationals living legally in the U.S. According to U.S. Attorney Barry Grissom, they were caught in August when stolen seeds were allegedly discovered in the luggage of a group of visitors from China. The company from which the seeds were stolen has not been identified, but according to Grisson has invested about $75 million in patented seed technology. Zhang and Yan, if convicted, each face up to 10 years in federal prison.

In a separate set of charges, six men were charged with conspiring to steal patented seed corn from Pioneer Hybrid and Monsanto -- two of the nation's leading seed developers -- and send it back to China. Only one, so far, has been arrested: Robert Mo Hailong, a Chinese national employed in the U.S. The loss of a patented seed line, according to U.S. Attorney Nicholas Klinefeldt, could have cost the companies anywhere from $30 million to $40 million.

It's unclear whether the two cases are related. Of the latter case, the Associated Press reports, the court documents "read like an espionage novel":

In August 2012, the FBI attached listening and GPS tracking devices to a car rented by [employees Wang Lei, and Lin Young] and recorded conversations about how they collect seed, what they would do with it, what might happen if they get caught, and how Li [Shaoming, CEO of Kings Nower Seed] was directing the activity.

On Sept. 30, 2012, the FBI tracked Ye and Li as they prepared to fly from Chicago to China. U.S. Customs searched them and found corn seed in their luggage. Ye had seed concealed in his pockets 13 napkins from a Subway sandwich shop.

Wang flew to Burlington, Vt., and rented a car to drive into Canada. The FBI notified border agents to watch for him and he was searched. According to court documents, 44 bags containing corn seeds were hidden under the car seat and in his luggage.

The inevitable movie is going to be great.