Honeymoon is over for gay couples in Australia 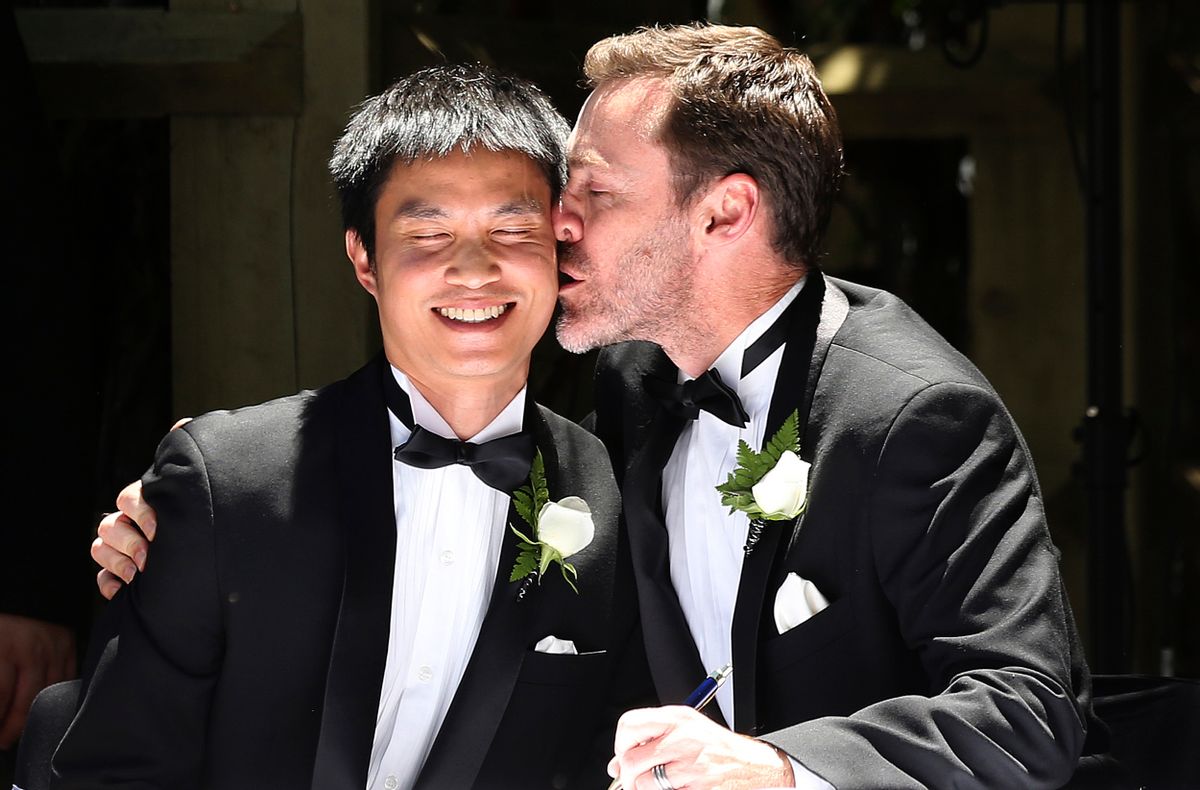 The honeymoon is officially over for dozens of gay couples in Australia.

Less than a week after tying the knot, same-sex couples have had their marriages annulled.

The High Court ruled Thursday that a recent law allowing gay couples to wed in the Australian Capital Territory, which includes the country’s capital Canberra, was invalid.

The unanimous decision is seen as a victory for social conservatives, including the Australian Prime Minister Tony Abbott and his Coalition government, which launched the legal challenge.

It’s also a setback for advocates of equal rights for straight and gay couples.

"This is devastating for those couples who married this week and for their families," Rodney Croome, national director of the advocacy group Australian Marriage Equality, was quoted as saying.

Craig Berry and his partner Ulises Garcia, who got hitched last Saturday when the ACT bill legalizing same-sex marriage took effect, said they were saddened by the decision, but still considered themselves married.

"We're sad, but as far as I'm concerned my love for Uli hasn't changed, we're still married as far as we're concerned," Berry was quoted as saying.

"I'll still call Uli my husband. All of my friends as far as they're concerned we're married. We're no different to them."

The federal government had argued that the ACT legislation was inconsistent with the nationwide Marriage Act, which was amended in 2004 to specify that marriage was between a man and a woman.

The High Court, which as its name suggests is the highest court in the country, agreed.

Same-sex marriage advocates plan to focus their lobbying efforts on getting the federal parliament to change the law.