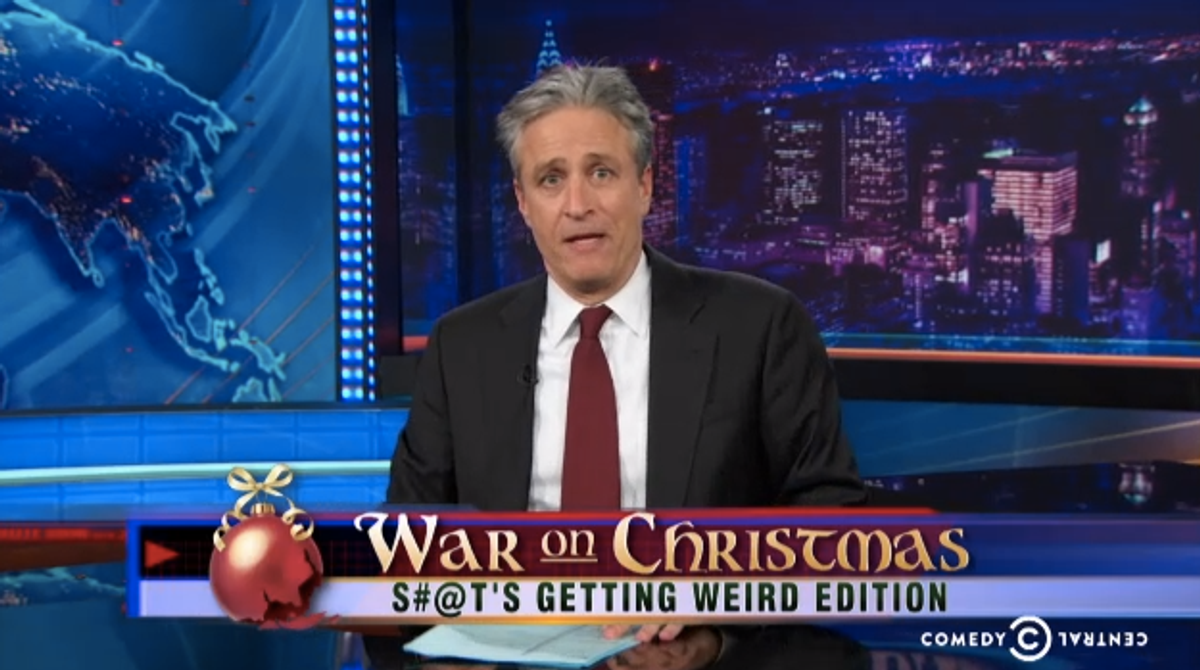 Over at Fox News, animatronic talking heads Gretchen Carlson and Megyn Kelly have found more ammo to fuel the network's ongoing defense against the War on Christmas. The "General Patton of the War on Christmas" Gretchen Carlson is enraged over a "satanic" six foot tall festivus pole made from beer cans in Florida, while Megyn Kelly is appalled by the proposition that Santa Claus, an entirely fictitious entity, doesn't have to be white.

Commenting on an article in Slate that proposed the idea of a black Santa Claus, Kelly said, "Just because it makes you feel uncomfortable, doesn't mean it has to change."

"Actually," asserts Jon Stewart, "I think that's the official slogan of oppression. Oppression: Just because it makes you feel uncomfortable, doesn't mean it has to change."

To settle the non-debate debate, "The Daily Show" consulted senior Christmas historical accuracy correspondent Jessica Williams who concluded that Santa is white basically because white people say he is. "Megyn said, 'If I feel uncomfortable there's no reason to change it,'" Williams explained. "If white people feel uncomfortable, then we have to change it, and then pretend it's the way it's always been!"