Pussy Riot case up for review in Russia 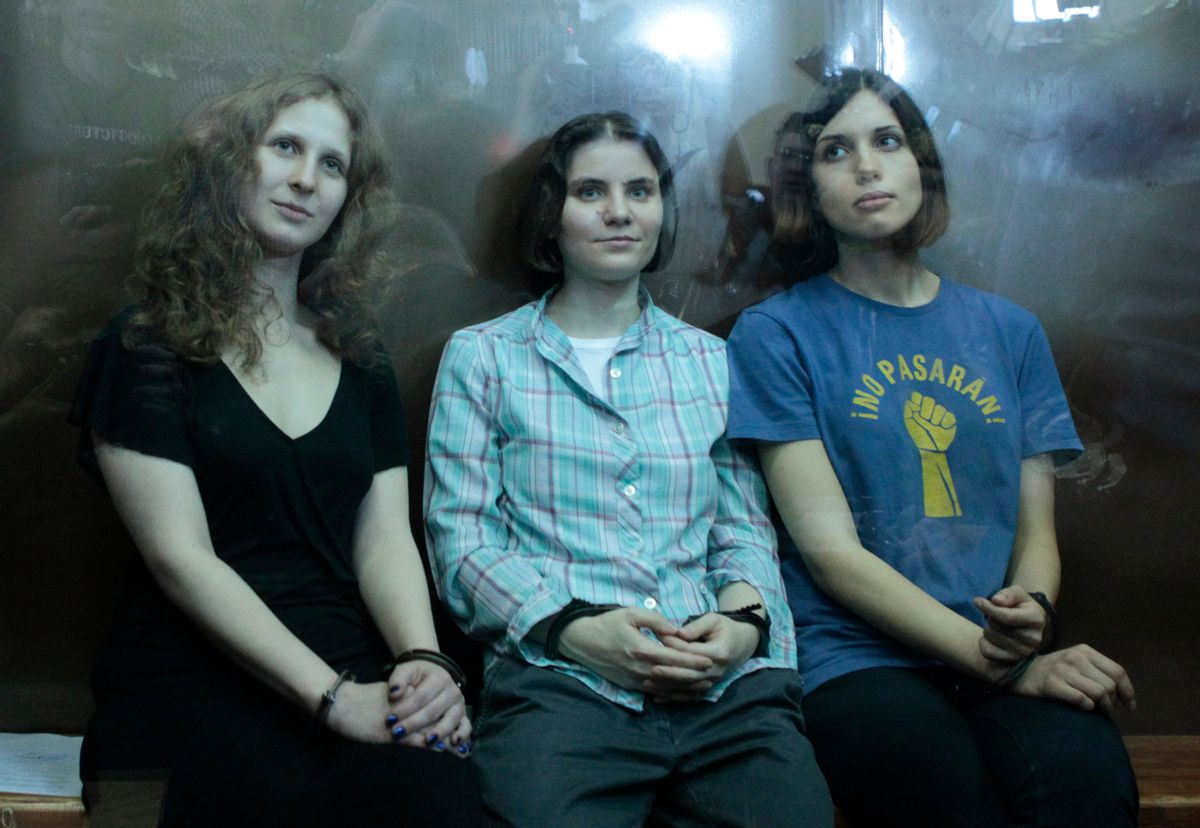 Days after it was announced that a possible amnesty deal may lead to the release of the imprisoned members of Pussy Riot, Russia's Supreme Court has ordered a review of the case against Nadezhda Tolokonnikova and Maria Alekhina, arguing that a lower court did not conclusively prove their guilt.

Tolokonnikova, Alekhina and Yekaterina Samutsevich were found guilty of hooliganism "motivated by religious hatred" in 2012 after staging a protest against Vladimir Putin. They were each sentenced to two years in prison, but Samutsevich was released on a suspended sentence.

As the Associated Press reports, the Supreme Court said in its ruling that the lower courts "overlooked the women's circumstances that would have allowed for more lenient sentences."