When will the media learn? Conservatives are not "centrists"! 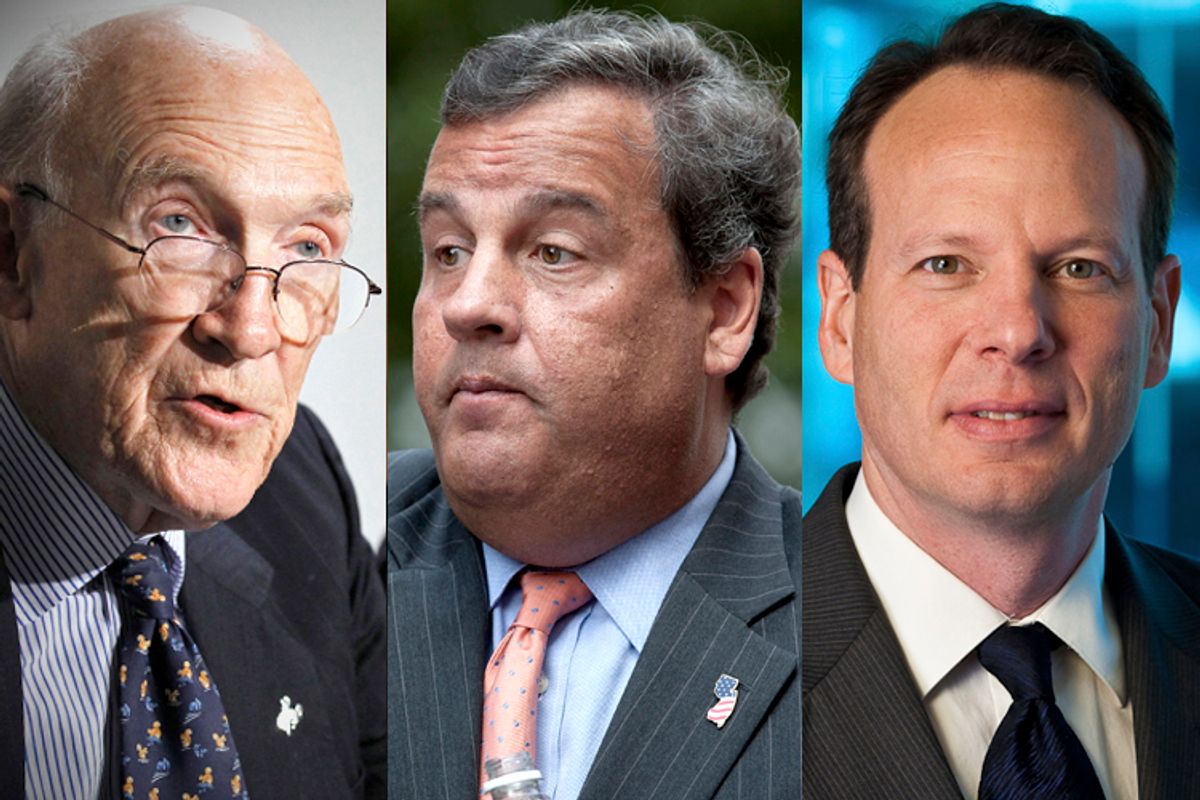 That word. They used it again this week. In coverage of the new, tentative budget deal, the term “centrist” was used to describe political opinions that are far from the center of public opinion. Even as Rep. Paul Ryan and Sen. Patty Murray were finalizing the deal, Roll Call was reporting that “Three Blue Dog Democrats and three Republicans from the centrist Tuesday Group have co-signed a letter … with a simple message: They’re ready to work together” to pass whatever Ryan and Murray agree upon.

Politico ran an interview with former Republican Rep. Steven LaTourette, who is described as “a chain-smoking Ohio centrist” who wants to promote more deals like this one. In Slate, Dave Weigel covered the political implications of the agreement and described Gov. Chris Christie as “a popular, centrist-looking figure.”

The Minneapolis Star-Tribune reported on “a rift between centrists and leftists in the Democratic Party” and lamented that this prevented stronger steps to reduce the deficit. The Star Tribune even included a quote from the co-chair of Third Way, which it described as “a centrist think tank.”

Third Way was in the news last week too, in a story that had media outlets tossing out the “C” word like candy.

If we are to live in a world where words have meaning, they really should stop doing that.

The generally accepted definition of “centrism,” found in the Free Dictionary and elsewhere, is “The political philosophy of avoiding the extremes of right and left by taking a moderate position.” Similarly, a “centrist” is defined as “one who takes a position in the political center.”

The polling data is clear: If anybody should be called a “centrist” in last week’s conflict, it’s Elizabeth Warren and those who agree with her.

The issue that triggered last week’s controversy was Social Security, and Sen. Warren’s support for a bill designed to increase its benefits. That move convinced Third Way’s leadership that things were getting “out of hand.”  We won’t relitigate the merits of each side’s argument here, since we and many others have already done so. Instead, we’ll concentrate on the specific issue before us: the use of the word “centrist” to describe Third Way’s position.

“Left” and “right” are relative terms in any society. Deng Xiaoping was considered a “centrist” when compared to the Gang of Four during China’s Cultural Revolution. Dwight D. Eisenhower was considered a right-leaning centrist when he boasted in 1956 about increased Social Security enrollment and union membership in his first term. President Richard Nixon was seen as taking a “centrist” approach when he proposed a guaranteed minimum income for all Americans.

The word “centrist,” therefore, applies to a person or organization whose views roughly correspond to the midpoint between the left and right poles of political opinion in a society at any given time.  What do the polls tell us about political opinion today?

A 2012 Angus Reid Public Opinion poll showed that the number of Americans who believed this country should “renegotiate” or “leave” the North American Free Trade Agreement outnumbered those who felt otherwise by nearly 4-to-1. That was the opinion of most Republicans, Democrats and independents.  In a related finding, 60 percent of those polled by the Gallup organization earlier this year said that they would be willing to pay more for products purchased in the United States.

By contrast, Third Way is pushing the Trans-Pacific Partnership, a free trade deal that is even more aggressive than NAFTA.

How about taxation? A recent poll by Americans for Tax Fairness showed that 79 percent of respondents favored closing tax loopholes for corporations, 71 percent favored a 30 percent minimum tax rate for millionaires, and 69 percent supported ending the carried-interest loophole, which has kept tax rates low for hedge funders.

In last week’s Op-Ed, Third Way’s founders blithely dismissed all of the above as “fantasy.”

The Third Way outburst against Sen. Warren was triggered by her statement of support for Sen. Tom Harkin’s bill to increase Social Security benefits. There, too, Third Way’s opinions diverge sharply from those of the mainstream. A poll by the National Academy for Social Insurance found that “Fully 74% of Republicans and 88% of Democrats agree that 'it is critical to preserve Social Security even if it means increasing Social Security taxes paid by working Americans.'”

A recent poll by United Technologies and National Journal reaffirmed the public’s support for Social Security.  As with earlier polls, 76 percent of respondents opposed benefit cuts like the “chained CPI,” which Third Way has been pushing for some time.

The policy approach favored by “seven in 10 participants across generations and income levels” in the NASI poll included: lifting the payroll tax cap so that wealthy people and employers would pay more; increasing payroll taxes for all Americans; and increasing Social Security benefits. Considering the tax aspects of that plan, it is more liberal than the Harkin bill endorsed by Sen. Warren.

Taken altogether, the economic policies supported by most Americans are the same ones Third Way dismissed in its Op-Ed as the work of “left-wing populists.” And yet Third Way is given the same kind of “centrist” label previously accorded to Alan Simpson and Erskine Bowles, the two co-chairs of a presidential commission that failed to make recommendations for reducing the deficit.

The “deficit plan” these gentlemen introduced in 2010 was soundly rejected by the public [RE1] . An NBC News/Wall Street Journal poll showed that nearly 70 percent of respondents were either “somewhat uncomfortable” or “very uncomfortable” with their proposals. Nevertheless, a Google search on “Simpson and Bowles” and “centrist” yields 2.8 million hits.

We’re not suggesting that Third Way or Simpson and Bowles aren’t entitled to hold opinions that are outside the mainstream. Many visionaries of our past began by espousing views that were considered marginal or extreme (although none of them, to our knowledge, had the Wall Street backing the above-mentioned individuals have enjoyed). But reporters shouldn’t present these views, or those who hold them, as something they’re not.

Words don’t just reflect reality; they shape it. That’s why these highly funded groups and individuals use words like “centrist” and “moderate” to describe themselves. It’s an attempt to preempt individual thought and convince people that theirs is a reasonable – in fact, is the only reasonable – point of view. This tactic is especially useful when, as is the case with Third Way or Simpson and Bowles, they are actually packaging and selling very unpopular ideas.

Presumably the word is also used because it describes a “center” point between the opinions of leading Democrats in Washington and those of leading Republicans. But even when that’s true, it’s a misleading label. Both parties are heavily influenced by campaign contributions from corporations and wealthy individuals, especially at the national level. Their shared views are particularly susceptible to this influence, especially on economic issues, and often contrasts sharply with public opinion.