Meet the 11 black female comics who just auditioned for "SNL"

One of these women might join the cast in January 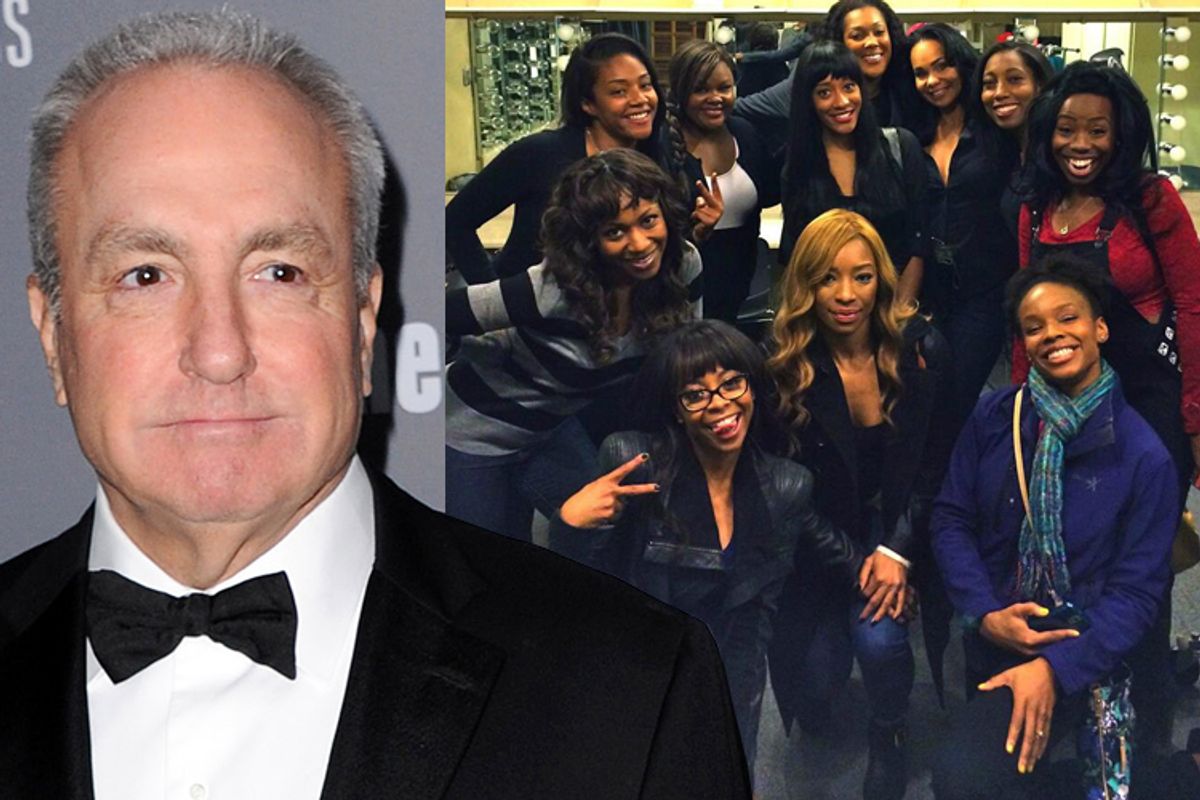 Lorne Michaels has revealed that "Saturday Night Live" will add at least one -- and perhaps two -- black female comedians to its cast in January, following months of criticism that the show hasn't had a single black female performer since 2007. "SNL" held a secret audition last week, and Michaels told the Times that he's narrowed the pool down to seven or eight women, who will audition on Monday.

In photographs that circulated across the Internet on Thursday, 11 comics -- some of whom Salon had suggested "SNL" consider -- made the casting call. Though Deadline speculates that these are the women who have made the cut for Monday's audition, here's a brief introduction to those 11 women who made "SNL" history last week:

It's likely that you've seen the hilarious Upright Citizens Brigade performer Nicole Byer on MTV's “Girl Code." We hope to see her on "SNL" soon, too.

Jay Pharoah specifically named YouTube star Darmirra Brunson as someone that "SNL" "needs to pay attention" to. "She’s amazing," he told theGrio in September. "She needs to be on 'SNL.'" Brunson's videos, which include sketch comedy, parody and celebrity impersonations, have racked up millions of views on YouTube.

Bresha Webb, trained in acting, dance and voice, is a relative newcomer to the world of stand-up comedy. Best known for her role as Imunique on TV One’s comedy “Love That Girl!,” she is also a top-notch impersonator of Tiny, wife to rapper T.I.

Actress and comedian Gabrielle Dennis is perhaps best known as Janay Brice from the CW’s dramedy “The Game,” but she’s been on television since she was a kid -- her first appearance was in a television movie, “A Mom for Christmas,” starring Olivia Newton-John. You can see her on the big screen in “Black Coffee,” to be released at a limited number of theaters in January.

In the clip below, Dennis is an officer for a black sorority in “Campus Ladies,” a short-lived comedy on Oxygen from 2007 that featured cameos by major comedians like Will Forte, Maya Rudolph and Jason Alexander.

Misty Monroe is an elementary school drama teacher and improv performer at the Groundlings Theater in Los Angeles. She’s had cameos on “How I Met Your Mother,” “2 Broke Girls” and Zach Galifianakis’ “Between Two Ferns” Web series.

LaKendra Tookes is an iOWest performer who does impersonations of Oprah, an English infomercial host and a black girl with a YouTube series.

Actress and comedian Beth Payne has appeared in BET reality series “Sunday Best,” and has voiced six different characters on the animated PBS series “Maya and Miguel.” The Midwest native has toured with Charlie Murphy, opened for Michael Bolton and had cameos on “The Jamie Foxx Show.”

You might recognize Simone Shepherd from the first season of BET’s dating show “Hell Date” in 2007, but the actress has a background in improv and sketch comedy. She’s garnered some attention from her Vine videos, creating racially charged satire in six-second clips:

According to her bio on Laugh Factory’s website, Tiffany Haddish was attracted to comedy as a child in foster care, and “it was her excessive talking and imaginary friends that prompted her increasingly flustered social worker to steer her into stand-up comedy.” Now, the Haddish is a successful actress and stand-up comedian, having appeared on the Laugh Factory, HBO's "Def Comedy Jam" and Bill Bellamy's "Who's Got Jokes?"