Our old-timey addiction: Why we can't get enough of century-old images 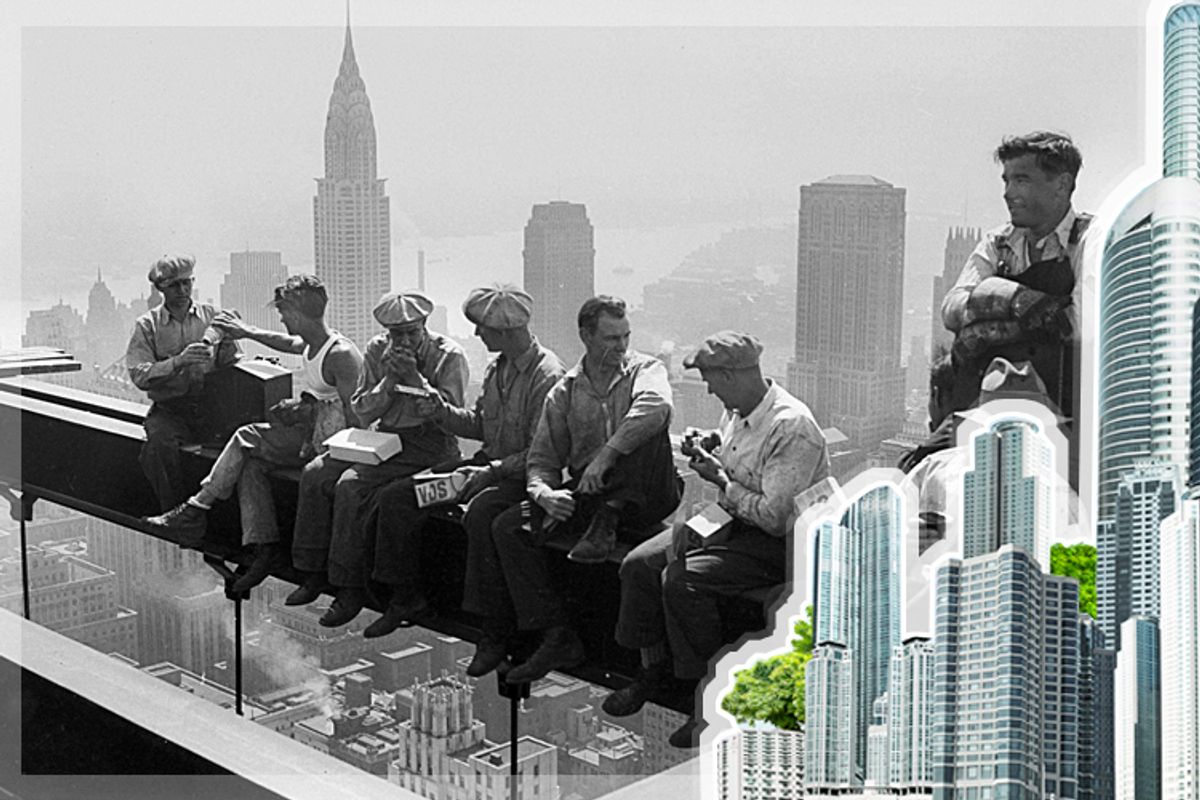 A few years before World War I, the French banker Albert Kahn began a project to document a world that he believed was on the cusp of great and sudden change. Equipped with an early type of color film, Kahn’s photographers journeyed to the jungles of the Amazon and Sub-Saharan Africa. They recorded the final years of the Austro-Hungarian and Ottoman Empires, as well as daily life in Ireland, Norway and the United States. By 1931, when Kahn was forced to halt the project due to financial troubles, he had amassed some 72,000 autochromes, which he boldly christened "Les Archives de la planète."

Ironically, the most famous images from Kahn’s collection were taken in the streets and squares around his Paris home. They depict a city whose characters — merchants, soldiers, grandes dames and dandies in stovepipe hats — recall the paintings of Manet and Caillebotte; and whose signs and streets may be recognized from the photographs of Eugène Atget or Charles Marville. And yet, in their original form or with digital color enhancements, the Kahn autochromes are uniquely mesmerizing, for they bring lucid color to the period between the fall of Realist painting and the rise of color film that sometimes seems, to the modern observer, to have existed in black-and-white.

But the color is only part of their charm. Why did these photos go viral while the tribes of the Amazon or the villages of Ireland remain curiosities? Because of the city, of course. Paris in these images is at once familiar and foreign, a combination that enthralled the millions who saw these images when they circulated on blogs and social media last winter.

They demonstrated the extent to which old photographs of cities, like cat videos, have gained unforeseen popularity on the Internet. Once relegated to municipal archives, libraries and postcard collections, vintage urban photos have given rise to thriving online communities where enthusiasts celebrate a wide range of scenes. They offer the evidence of a history lesson and the beauty of a museum piece, and like an old top 40 hit, provoke a peculiar sense of yearning – a paradox of warmth and loss – that is at once highly personal and shared by thousands.

On the Facebook page "Old Images of New York," Todd Berkun posts black-and-white photographs of the Chrysler Building, the Brooklyn Bridge and street scenes that include bocce players and clam peddlers.

In September, "Old Images of New York" (inspired by an eponymous page for the city of Philadelphia) had some 17,000 fans; now it is quickly approaching 200,000, which puts it a rung below news outlets like Salon (312K fans) and Bloomberg News (387K). But in terms of interaction — in Facebook lingo, the number of people “talking about this,” which factors in likes, comments and shares — Berkun’s stats regularly eclipse those of Salon, Bloomberg, the Atlantic, Slate, Vanity Fair and the Wall Street Journal.

In brief, the site exerts a magnetic pull over its fans. Postcard-style images, like this anonymous 1931 photo of rainy trolley tracks glistening beneath the lights of Times Square, tend to perform the best. But Berkun tries to cultivate a balance of the iconic and the unknown. Alongside landmarks, he’ll throw up a shot of Satchel Paige at Yankee Stadium, or a ’40s streetscape from the Tenderloin. The term “old” allows him great leeway. The 1984 Thanksgiving Day Parade, captured on black-and-white film, seemed old enough for his audience, as do regular photographs of the twin towers.

Berkun has no background in photography. At his day job, he sells ink and toner online. But he has rapidly become something of an expert on the shutterbugs of old New York. The site frequently features Berenice Abbott (“a legend,” says Berkun), whose "Changing New York" series was commissioned by the WPA, and other well-known mid-century photographers, such as Ewing Galloway and the Life magazine staffers Margaret Bourke-White and Alfred Eisenstaedt. Still others, like P.L. Sperr and Eugene Armbruster, remain largely anonymous, so Berkun researches and writes short profiles of them.

This nostalgia is not special to New York, though it does run strongly here. As a city marked by great migrations, the city claims millions of exiles. It’s said that nearly half of New York City’s population has turned over in the past decade alone. And whatever sentimentalism lay buried in the hearts of those supposedly callous and busy urbanites who currently live here has come rushing to the surface in recent months, as the end of the Bloomberg era provokes a collective flood of reminiscence.

The pace of change has left many feeling like castaways marooned by time if not by place, and it’s easy to see how groups like Berkun’s "Old Images of New York" might provide a tonic, in addition to attracting aficionados of fashion, architecture and automobile design

This fixation on "the way we were” has historically been considered an affliction, but today, psychologists tout nostalgia’s restorative effects. In studies, participants reflecting on memories have reported stronger feelings of belonging, affiliation, sociality, self-esteem and meaning. While nostalgia is most often associated with evidently personal triggers — visiting a childhood home or hearing the voice of a relative — the object that inspires such emotion can be as banal and impersonal as a cookie or a cup of tea.

An old photograph of a city, like the Albert Kahn images of Paris, is at once old enough to provoke longing and sufficiently familiar to reinforce a sense of continuity, grounding the viewer in history. To recognize a face, store or building is to belong, both to a group of fellow travelers and to history itself.

Perhaps other New York-focused groups encapsulate this sense of sentimental yearning better than Berkun’s. Angelo Shenery’s "The Real Boogie-Down Bronx" is an informal communal memory project. Some 50,000 people share images that to all but the Bronx native seem commonplace: an old sign for Mt. Eden Appetizing and Dairy, Inc.; the Third Avenue El. (And it’s only half the size of the largest Bronx-based historical photo group!) But reading through the comments, chosen more or less at random from a recent album, it’s clear that unremarkable photos can provoke a wide range of personal reactions:

“All I can recall are good old memories… after the theater my mom, grandma and myself would go to the best Chinese restaurant on that same sidewalk down the block….”

“I went to St. Anselm’s Church in the ‘60s and made my communion and confirmation there.”

The same, more or less, is said in a group with broader appeal, "Dirty Old 1970’s New York City." Its administrator, a native New Yorker named Dave Cohen, joked that curating these photos is “the only thing in my life I’ve ever been really qualified to do.” In recent months, the blog’s small, steady following has multiplied in size and now counts more than 175,000 fans. The comments touch on similar subjects: a best friend, a teacher, the trash, the rent, the uncle who owned a nearby flower shop.

Most of the photos are amateur snapshots that portray, in the soft haze of old film, quotidian activities whose locations are quickly determined in discussion. “I’m looking for the guy that’s trying to shoot nothing,” Cohen says. “It’s an average day in 1977 and there’s nothing going on. It’s a street being candid. That’s the type of photo I like — one that’s real."

“The reason it appeals to people,” he continues, “is that they are aware on some level that the New York City they grew up in isn’t a geographical place they can go visit. It simply doesn’t exist anymore. You can go back to the same block you grew up on, and it may look the same or it may not, but it’s just not the same place.”