FDA's pitiful plea to Big Pharma: Cut back on antibiotics in meat, please

Government hopes to crack down on their overuse by leaving it up to the companies that manufacture them. Good luck! 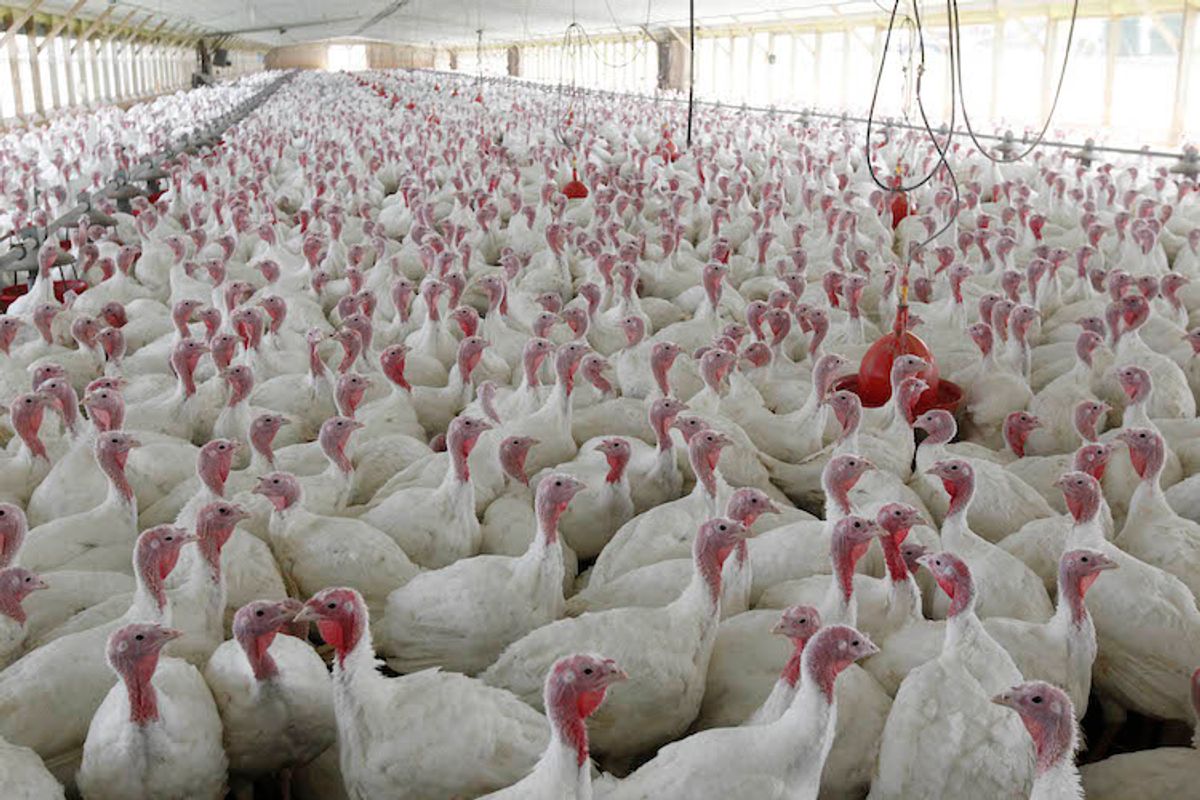 The U.S. Food and Drug Administration announced today that it will be moving forward with a plan to curb the overuse of antibiotics in factory farming, which would protect us all from increasingly virulent strains of antibiotic-resistant bacteria, also known as superbugs. The Wall Street Journal said the agency was taking “broad measures,” while Politico called it a “crack down.”

Sounds serious. So what strong-arm regulations can we look forward to? Well, the FDA has asked pharmaceutical companies if they would pretty-please stop selling antibiotics to help enhance the growth of livestock. You know, voluntarily.

And why wouldn’t the drug companies comply? It’s not like 80 percent of the antibiotics sold in this country are pumped into farm animals. Oh, wait.

The use of antibiotics in agriculture has grown greatly in recent decades (see “You Want Superbugs With That?”) as Big Ag tries to keep up with the demand for bigger and cheaper steaks, pork chops, and chicken wings. Factory farming leads to overcrowding and the potential spread of disease, which many meat producers attempt to control by giving antibiotics to animals before they get sick. It doesn’t hurt the bottom line that those same antibiotics can also promote growth.

But bacteria evolve rapidly in the gut of a pig, cow, or chicken, becoming resistant to drugs that are applied over and over. That creates strains of superbugs, which are now escaping the farm and infecting humans. At least 2 million Americans fall victim to antibiotic-resistant bacteria each year, and 23,000 die as a result of them, the government says. This fall, a Centers for Disease Control and Prevention report concluded that soon, if we’re not careful, we may not have any drugs left that can combat resistant bacteria. (See “Who You Calling Chicken Little?”)

“FDA’s policy is an early holiday gift to industry,” says Avinash Kar, a staff attorney for the Natural Resources Defense Council (which publishes OnEarth). “It is a hollow gesture that does little to tackle a widely recognized threat to human health.” NRDC sued the FDA three years ago to force it to take stronger action on antibiotics use in livestock. Despite a 2012 federal court ruling in NRDC’s favor, the agency continues to appeal and rely on voluntary measures instead.

The FDA’s plan, proposed last year and finalized today, singles out antibiotics being used to promote growth. But as Kar points out in a blog post, even if the drug manufacturers were to comply with the request, the very same antibiotics could be prescribed for disease prevention instead—effectively skirting the restrictions altogether.

Representative Louise Slaughter, a New York Democrat and microbiologist who has proposed legislation to preserve antibiotics for human use, also disapproved of the FDA’s half measures. “Sadly, this guidance is the biggest step the FDA has taken in a generation to combat the overuse of antibiotics in corporate agriculture,” she said in a statement, “and it falls woefully short of what is needed to address a public health crisis.”