Pope Francis to Rush Limbaugh: I'm no Marxist, but I have known plenty of good Marxists

The pope responds to his conservative critics 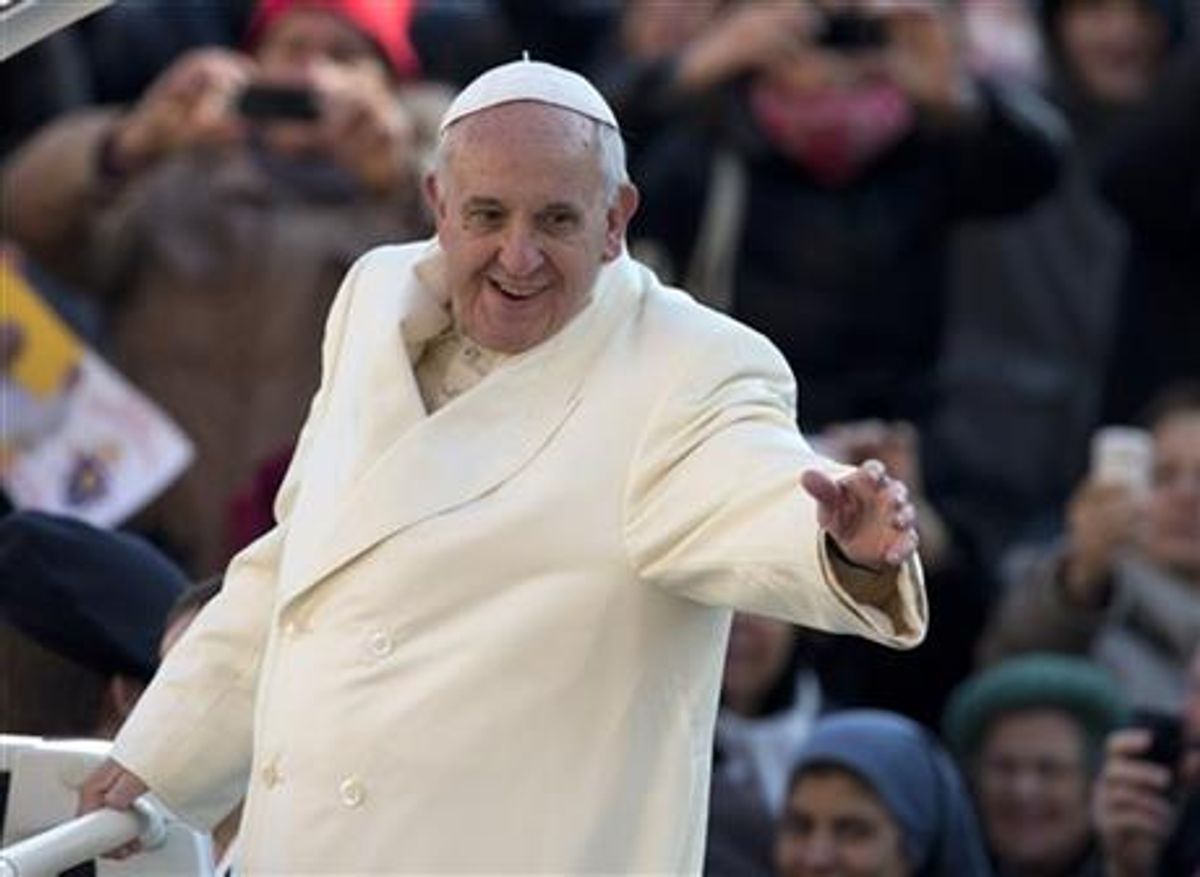 In an interview published Sunday in Italian news daily La Stampa, Pope Francis addressed conservative criticism of his recent statements on economic justice by explaining that he is not a Marxist, but is also not offended by the label because he believes Marxists are good people, too.

Last month, Rush Limbaugh said that Francis' views on poverty equated to "pure Marxism coming out of the mouth of the pope."

"Marxist ideology is wrong," the pope said in an apparent response to Limbaugh. "But in my life I have known many Marxists who are good people, so I don't feel offended."

Going on to address Limbaugh's accusation that his papacy has become "purely political," the pope said he is only following "the social doctrine of the Roman Catholic Church" by speaking out about economic inequality, and that "this does not mean being Marxist."

By pointing out rampant global poverty and the excess wealth concentrated among global elites, he is merely presenting a "snapshot of what is happening" in the world today, he added.