Paul Ryan discussed the budget deal and his determination to "replace" Obamacare, among other agenda items 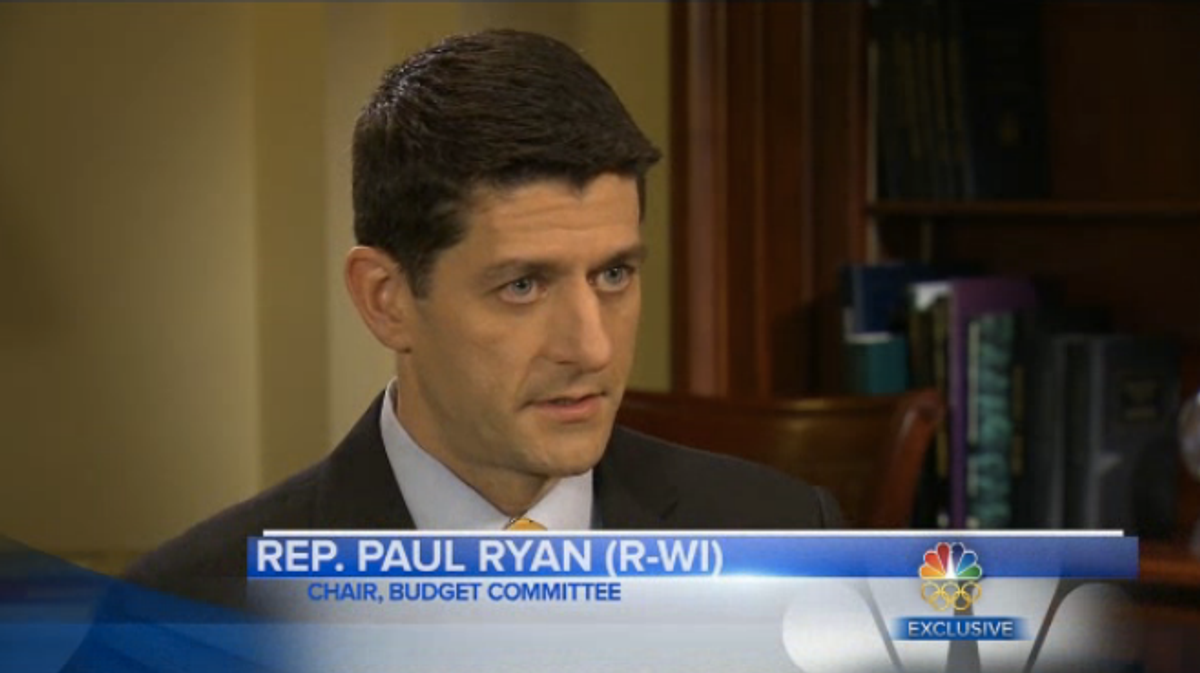 While you were maybe eating a leisurely breakfast or spending time with your family, Rep. Paul Ryan made the television rounds to discuss the "symbolically large" short-term budget deal he helped negotiate and reiterated Republicans' commitment to "replacing" the Affordable Care Act, Sen. Joh McCain and Secretary of State John Kerry talked North Korea, and former NSA head Michael Hayden defended the agency against ongoing criticism that the sweeping government surveillance program is an unlawful abuse of power.

Paul Ryan on "Meet the Press": Negotiating a budget deal is a good thing, mostly because Republicans "don't want to have shutdown drama so that we can focus on replacing Obamacare"

Dick Durbin on "Face the Nation": "I feel we'll have a good, strong showing from the Democratic side" to pass short-term budget deal, but "will need about eight Republicans to come our way"

Patty Murray on "Meet the Press": "[Democrats] didn't get everything we wanted" in the budget deal, but did get "certainty for the next two years"

John Kerry on "This Week": Arrest and execution of Kim Jong Un's uncle "underscores the importance for all of us of finding a way forward with North Korea in order to denuclearize the peninsula"

John McCain on "State of the Union": Kim Jong Un is "very dangerous" and must be "reined in"