Your down coat could be the product of cruelty

Some down is plucked while geese are still alive, causing immense suffering. Find out how to avoid it 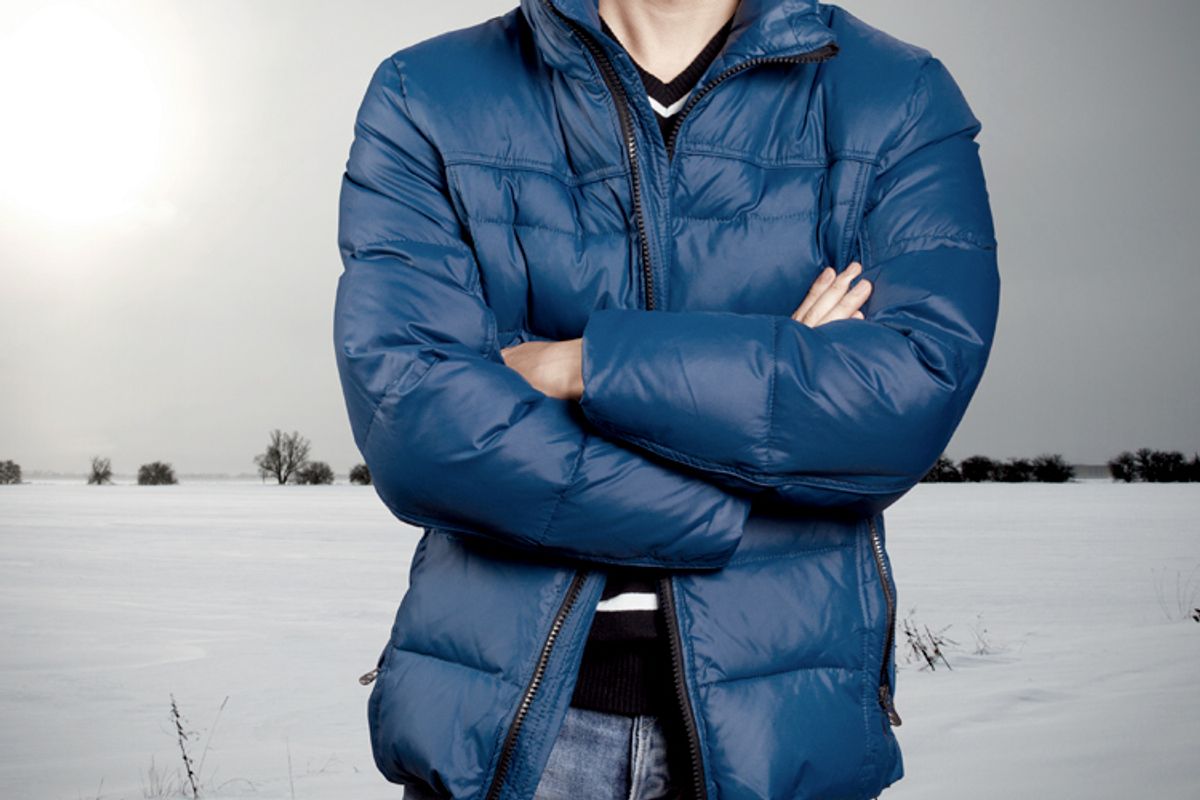 Now that the weather has turned cold in New York City, down is having its fashion moment. Every other person seems to be wearing the kind of brightly colored jackets once the province of serious climbers and hikers. On the streets of Manhattan I saw a dog wearing a puffer coat; several varieties of that style are available at Barneys. Right before Thanksgiving, a teen was shot at the Bryant Park ice rink over a Marmot down jacket, the Mammoth, also known as the “Biggie.”

I grew up in the snow-swept tundras of northern Minnesota and am well-acquainted with down’s unparalleled warmth for clothes and bedding. The trouble with it then was finding a way to stuff it so that you didn’t look like the Michelin Man. With new ways of sewing down into smaller tubular shapes (“baffles” as they are called), fashionable silhouettes are possible. And even after a brief flirtation with Thinsulate, hardcore companies that equip climbers for the real outdoors, like REI and North Face, always come back to down.

What is down? “Down” generally refers to goose down (it is also sourced, but much less frequently, from ducks). It is the soft layer of tiny feathers closest to the bird’s body. Cheap down jackets might not be made of down at all, but chopped large flight feathers that, because they are flat, will eventually line up with each other and result in a collapsed, sagging product that doesn’t have the same kind of warmth. A single piece of down is called a “plumule,” basically a multidirectional puff. These plumules interlock and trap tiny pockets of air — it’s actually this layer of air that keeps the cold out and the warmth in. Down provides about three times more warmth per ounce than synthetics; that is, it’s warmer and lighter and doesn’t mat down over time as synthetics will do. It’s also resilient; I have a mid-length down coat that I can actually stuff into my handbag, a great disappearing act. Then it springs out, good as new.

Well-made down products thus can last a long time. I still use a nice down comforter from many years ago, and I used to joke while cuddling under it at night about nightmares of sad, plucked geese shivering in the cold.

That actually isn’t that far from the truth.

Even if you are careful to buy only free-range eggs and non-factory farmed meat products, you might be shocked to learn that your comfy and fashionable down may have come at the price of an animal’s suffering.

Down is often collected through a procedure called live plucking. Which is pretty much what it sounds like: A worker restrains the bird and rips out feathers by the handfuls, especially from the goose’s underbelly but sometimes also from the back. Often, pieces of skin come off as well, the birds scream in terror and struggle to get away.  Sometimes they die from the trauma. Just Google “down cruelty” and you’ll find plenty of pictures of miserable, bald and dying geese straight from my nightmare. Animal rights groups contend that this practice encompasses 50-80 percent of all down.

Down obtained post-slaughter as a byproduct of meat production is considered less cruel, but it doesn’t mean that the geese haven’t been raised in crowded, inhumane factory-like conditions.  According to Veterinary Practice News,  “geese on Hungarian factory farms [where much of the world’s down comes from] are raised in small areas that may contain up to 20,000 geese.”  Gray geese, in particular, get the worst of both worlds: They are raised for down and foie gras (mostly in Hungary, where it is still legal; all EU nations but five have banned the raising of geese for foie gras), which means the birds often endure up to six rounds of live-plucking while being force-fed and then slaughtered for their swollen livers.

So what’s in your urban-hip down coat? Very little down is produced in the U.S., most of it is imported by a California company, Allied Feather & Down. According to Four Paws, an animal rights organization in Germany, Allied sources much of its down from, you guessed it, Hungary. Hungarian down is considered to be of the highest quality because the down plumule is larger than normal, making it warmer — which is why it makes perfect economic sense for the Hungarians to specialize in both down and foie gras. Any company that sources from Allied Feather & Down probably has some live-plucked and/or foie gras down, notably North Face, the “it” down jacket company. North Face currently has by far the largest market share — 33.5 percent of the U.S. outerwear market for 2012 as reported by SportsOneSource to the New York Times -- and is a favorite of celebrities such as the social activist Angelina Jolie and President Obama. A North Face representative told Salon the company is working on a “Responsible Down Standard,” but also confirmed that Allied Feather is unchanged as its source. Allied Feather did not respond to multiple requests for information on their down.

If you don't want to add to the suffering of geese but still want your down, what to do? A few options:

-- Buy used (hello, eBay!). Good-quality down doesn’t lose much of its springiness (“loft” in down parlance) over the years.

-- Look for the DOWNMARK® label. Canadian down suppliers who are members of this organization are not allowed to live pluck.

-- Stick with reliable companies that don’t just say they are cruelty free but also do their homework:

Ikea, after an exposé on live-plucking appeared on the Swedish "60 Minutes"-esque “Kalla Fakta” TV show, independently verified the claim that 50-80 percent of the world’s down comes from live-plucked birds including some of the down it uses in its furniture, and it subsequently canceled an order for China-sourced down (n.b., the China Feather and Down Industrial Association claims its own representative lied, and it denies the live-plucking claim). Ikea now no longer uses goose down at all and has switched mostly to synthetics (which have their own problems, as they're petroleum-based). When it does use down, it uses duck down, which, with fewer suppliers, is easier to monitor and trace than the goose variety.

Patagonia, like North Face, also contracted with Allied Feather, receiving assurances that its down was cruelty-free. However, under repeated pressure from Four Paws, Patagonia sent its own executives to Hungary to check on the conditions. While they saw no evidence of live-plucking, in an admirable show of transparency they shared that they learned that indeed the down was coming from foie gras geese. The company's spring 2013 line of ultralight down apparel utilizes ethically sourced “traceable down” that is certified to come neither from live-plucked or foie gras geese, and in November, the company made a public commitment to using 100 percent traceable down.

Westcomb has a line of down apparel made from Canadian Hutterite down. According to Downmark®, “Hutterites maintain free-range flocks in large fields in the vast Canadian Prairies … it is well known through visits by our members that live plucking does not occur.”

Down doesn’t grow on trees. Live-plucked down is considered to be of superior quality because it hasn’t been degraded/altered by the slaughtering process. So basically, the “best” down also might be the “worst.” But if you love animals and can’t imagine ripping out the feathers of a terrified goose, you’d better take another look at your comforter and puffer jacket.