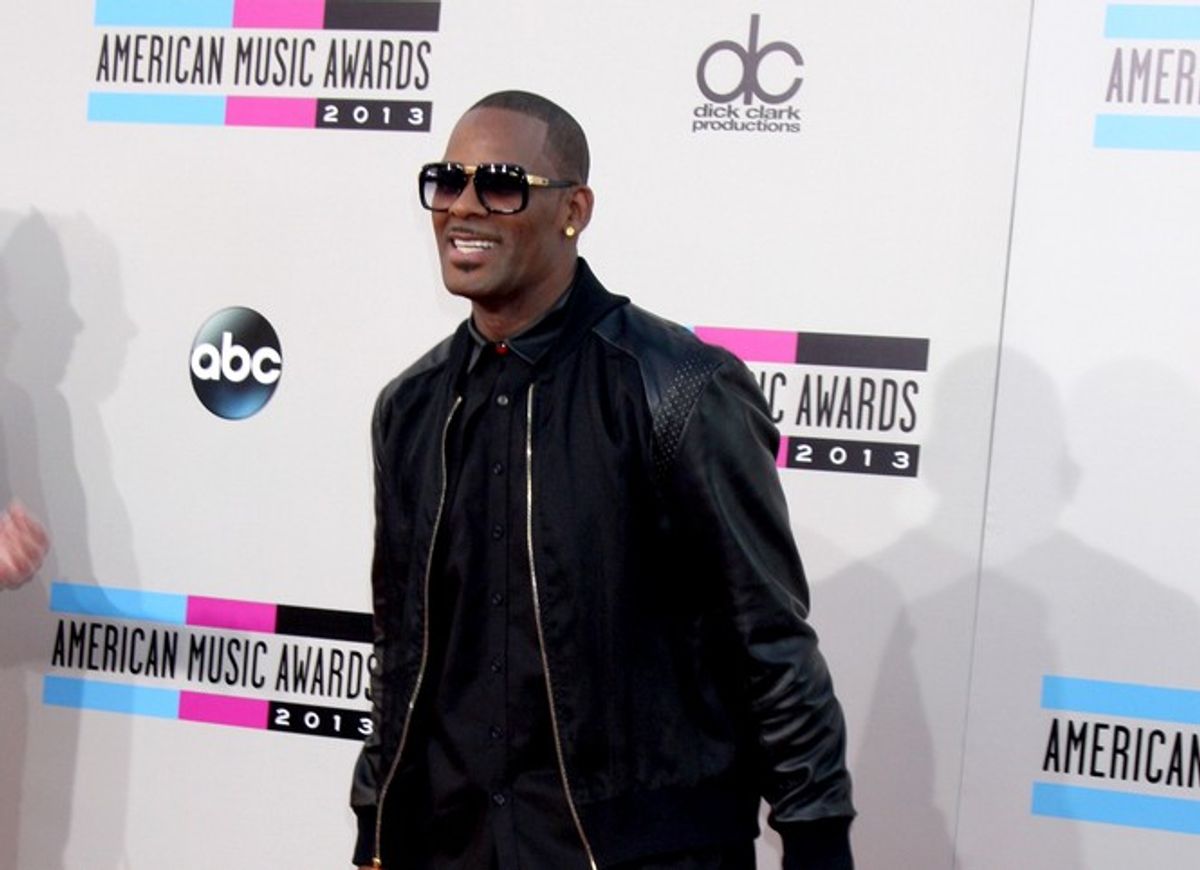 It may only be Monday, but the Village Voice's interview with Jim DeRogatis, the pop music critic and former Chicago Sun-Times reporter who broke the R. Kelly sex tape story with the allegations of child sex abuse against the singer, is this week's must-read piece for everyone on the Internet. In an intimate Q&A, music critic Jessica Hopper asks DeRogatis the tough questions that everyone familiar with the allegations has been wondering: How does Kelly still have a successful music career?

DeRogatis' response is blunt and troubling and worth reading in full. Throughout his career, DeRogatis interviewed two dozen women, sifted through "hundreds of pages of lawsuits" with nauseating details of abuse and intimidation tactics used against them, and felt the emotional rawness of women whose lives have been ruined. "The saddest fact I've learned is: nobody matters less to our society than young black women," he said. "Nobody. They have any complaint about the way they are treated: they are 'bitches, hos, and gold diggers,' plain and simple. Kelly never misbehaved with a single white girl who sued him or that we know of. Mark Anthony Neal, the African-American scholar, makes this point: one white girl in Winnetka and the story would have been different."

While at the Chicago Sun-Times in 2000, after receiving an anonymous tip of an open lawsuit against Kelly, DeRogatis found the first of many "stomach churning" accounts of rape:

He would go back in the early years of his success and go to Lina McLin's gospel choir class. She's a legend in Chicago, gospel royalty. He would go to her sophomore class and hook up with girls afterward and have sex with them. Sometimes buy them a pair of sneakers. Sometimes just letting them hang out in his presence in the recording studio. She detailed the sexual relationship that she was scarred by. It lasted about one and a half to two years, and then he dumped her and she slit her wrists, tried to kill herself. Other girls were involved. She recruited other girls. He picked up other girls and made them all have sex together. A level of specificity that was pretty disgusting.

Her lawsuit was hundreds of pages long, and Kelly countersued. The countersuit was, like, 10 pages long: "None of this is true!" We began our reporting. We knocked on a lot of doors. The lawsuits, the two that we had found initially, had been settled. Kelly had paid the women and their families money and the settlements were sealed by the court. But of course, the initial lawsuits remain part of the public record.

But Kelly is still celebrated, despite all of this, says DeRogatis, because music critics are "squeamish" about writing about the allegations or aren't digging deep enough to look into the issue; because sites like Pitchfork continue to support new R. Kelly music; because black women are not treated by society the same way white women are; because so many of the victims were intimidated or paid to stay silent.

Now, DeRogatis, who still hears from Kelly's alleged victims, urges fans and music journalists to think more critically about whether they really want to support the singer, who brags about his sexual experiences in his music:

It is on record. Rapes in the dozen. So stop hedging your words and when you tell me what a brilliant ode to pussy Black Panties is, then realize that the next sentence should say: "This, from a man who has committed numerous rapes." The guy was a monster! Just say it! We do have a justice system and he was acquitted. OK, fine. And these other women took the civil-lawsuit route. He was tried on very narrow grounds. He was tried on a 29-minute, 36-second videotape. He was tried on trading child pornography. He was not tried for rape. He was acquitted of making child pornography. He's never been tried in court for rape, but look at the statistics. The numbers of rapes that happened, the numbers of rapes that were reported, the numbers of rapes that make it to court and then the conviction rate. I mean, it comes down to something minuscule. He's never had his day in court as a rapist. It's 15 years in the past now, but this record exists. You have to make a choice, as a listener, if music matters to you as more than mere entertainment. And you and I have spent our entire lives with that conviction. This is not just entertainment, this is our lifeblood. This matters.

Because most of DeRogatis's original reporting isn't online, the Voice has published "the court files and all of Jim DeRogatis' Sun-Times reporting on the case against R. Kelly" to remind the public that these victims' stories are still waiting to be heard and acknowledged.