Progress: Unlike the Atkins Diets and fat-free crazes of years past, most of these fads are relatively healthy 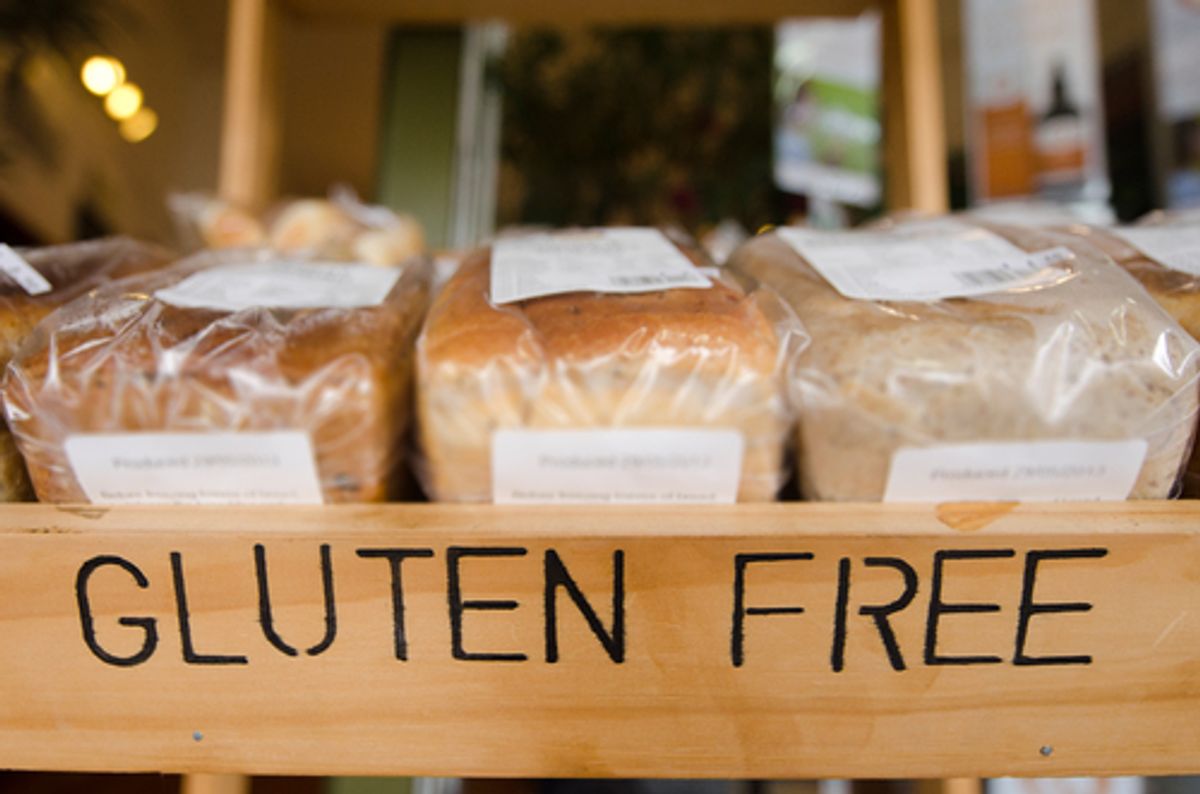 Ask a bunch of food writers what food trends they observed in 2013, and you get a long list of sometimes surprising answers. “Octopus everything: grilled, carpaccio, salad, escabeche! It's everywhere!” says Sandra A. Gutierrez, author of Latin American Street Food. And tacos, she adds. “2013 was said to be the year of the taco."

Nuts, adds Jeri Quinzio, author of Of Sugar and Snow: A History of Ice Cream Making, specifically, “the idea of nuts as healthy foods rather than merely fattening ones.”

“Dare I even mention the cronut?” says Casey Barber, who wrote Classic Snacks Made from Scratch: 70 Homemade Versions of Your Favorite Brand-Name Treats. Introduced in 2013 by New York’s Dominique Ansel Bakery, the croissant-donut hybrid might actually be the only 2013 food trend that is truly new.

But while octopus, nuts, tacos, and most other trends were not first introduced in 2013, they did reach a certain prominence this past year that they lacked before. The same goes for the following five 2013 food trends. Unlike fads of years past (such as the Atkins Diet or the fat-free craze), most of them are actually good.

As fermentation guru Sandor Katz pointed out, fermented foods are neither new nor newly popular. Cheese, beer, bread, and other fermented treats never go out of style. What is new is our awareness of fermentation and our embrace of it. In years past, many people would cringe at the thought of putting live cultures in their bodies on purpose. The whole goal was to sterilize food to keep from getting sick, right?

Instead of telling themselves that bacteria and yeasts are creepy and gross, Americans are increasingly trying to culture these microbes in their kitchens by making homemade yogurt, kombucha, or sourdough bread. Or, for the less adventurous, buying ready-made fermented products in the store.

Perhaps Michael Pollan was merely following this trend when he wrote about fermentation in his new book Cooked or in the New York Times. Or maybe his writing played a major role in setting this trend. Either way, fermentation really hit its stride in 2013 and Pollan’s contribution on the subject made an impact. Let’s hope this trend continues to grow in 2014 and beyond, because fermented foods are both healthy and delicious.

“Gluten-free market experiencing double-digit growth,” screams a 2013 headline at Foodmanufacturing.com. Like fermentation, gluten-free diets are not new. But nowadays, more people have gone gluten-free than ever. Years ago, it seemed like a smaller minority who eschewed wheat: those who suffer from celiac disease and allergies, and perhaps families with autistic children. Now gluten-free diets seem as common as lactose intolerance.

With the growth of gluten-free diets, the availability and quality of gluten-free foods is improving—and thank goodness. Look back just five or six years, and many gluten-free breads had the consistency of cardboard. Now you can find palatable offerings at the store, as well as gluten-free grains and flours to bake them at home.

Perhaps the gluten-free trend underlies the growth in consumption of craft cider. The industry deserves credit for this growth too, for its savvy creation and marketing of craft cider, but it’s possible that the market was ripe for cider because many would-be beer drinkers were looking for a gluten-free option at the bar.

A frustrated Portlander made news by posting on Reddit about a problem of overzealous sous chefs trespassing to forage for urban edibles. “It was fine when they were just harvesting pineapple weed and mallow from the alley and the parking strip,” wrote the beleaguered Portlander, “although it was admittedly a little off-putting. I'm also totally cool with them picking the crab apples because some of the branches are in the public right of way. But yesterday my neighbor called to let me know she had to help a sous chef who got stuck on top of my fence holding a baggie full of chicory leaves.”

Even if you aren’t in the business of keeping Portland weird, you might have tried foraging in 2013. And why not? After all those years of fretting over the dandelions in your lawn, many have realized that the easiest way to get rid of them is by eating them. Stinging nettles, mallow, chickweed, purslane, and other “weeds” are nothing more than free food. And very healthy food at that.

If you’d like to give foraging a try, have a look at a book that came out in 2013, Dandelion Hunter: Foraging the Urban Wilderness by Rebecca Lerner. You might discover a wild salad of superfoods in your own yard.

In 2013, it seemed like you could hardly go anywhere without seeing a reference to the paleo diet. There are paleo blogs, paleo cookbooks, even paleo food trucks. “Paleo” refers to a diet that claims to mimic the food eaten by our ancestors in the Paleolithic era, the old Stone age, before the advent of agriculture.

I’m on the record calling the paleo diet a “bunch of baloney” — and so is Christina Warinner, an archaeological scientist who gave a TEDx talk called “Debunking the Paleo Diet.”

That said, the diet isn’t all bad. It advocates many healthy practices, like avoiding processed foods and choosing healthy fats. But it sure ain’t what our caveman ancestors ate, and it’s not necessarily the key to better health.

Whatever you’re looking for, there’s now an app for that. Smartphones are more ubiquitous than ever, and it’s easier than ever to share or find information about food. Take for example, Leftover Swap. It’s a new app to connect unwanted leftovers with hungry bellies to eat them.

The Food Tank identifies 23 such apps that are “changing the food system.” Many are free, and they help you learn what’s in season, avoid genetically engineered foods, find farmers markets, plan your garden, choose sustainable fish, and more.

Another noteworthy app is Fooducate. In a pre-smartphone world, you’d have to look up a food online, write down the information, and bring it with you to the store. But the Fooducate app allows you to scan a food, and then it provides the health information you need to know, including a letter grade. For example, Nutella gets a C and the note “one of the worst products in its category.” It offers 10 better options in the same category, including the divine sounding A-rated Wild Squirrel Chocolate Coconut Peanut Butter. Thanks, Fooducate!

All in all, 2013 was an exciting year for food. Highly processed, overly salty or sugary junk foods are still available — although at least they’ll no longer contain trans fat if the FDA follows through in banning it. But more and more, we’ve seen the continuation of trends promoting fresh, healthy, and homemade foods, even food so fresh it was just picked in your yard. Let’s hope that 2014 brings more of the same.