The allegedly authentic painting is currently listed on eBay for nearly $100,000 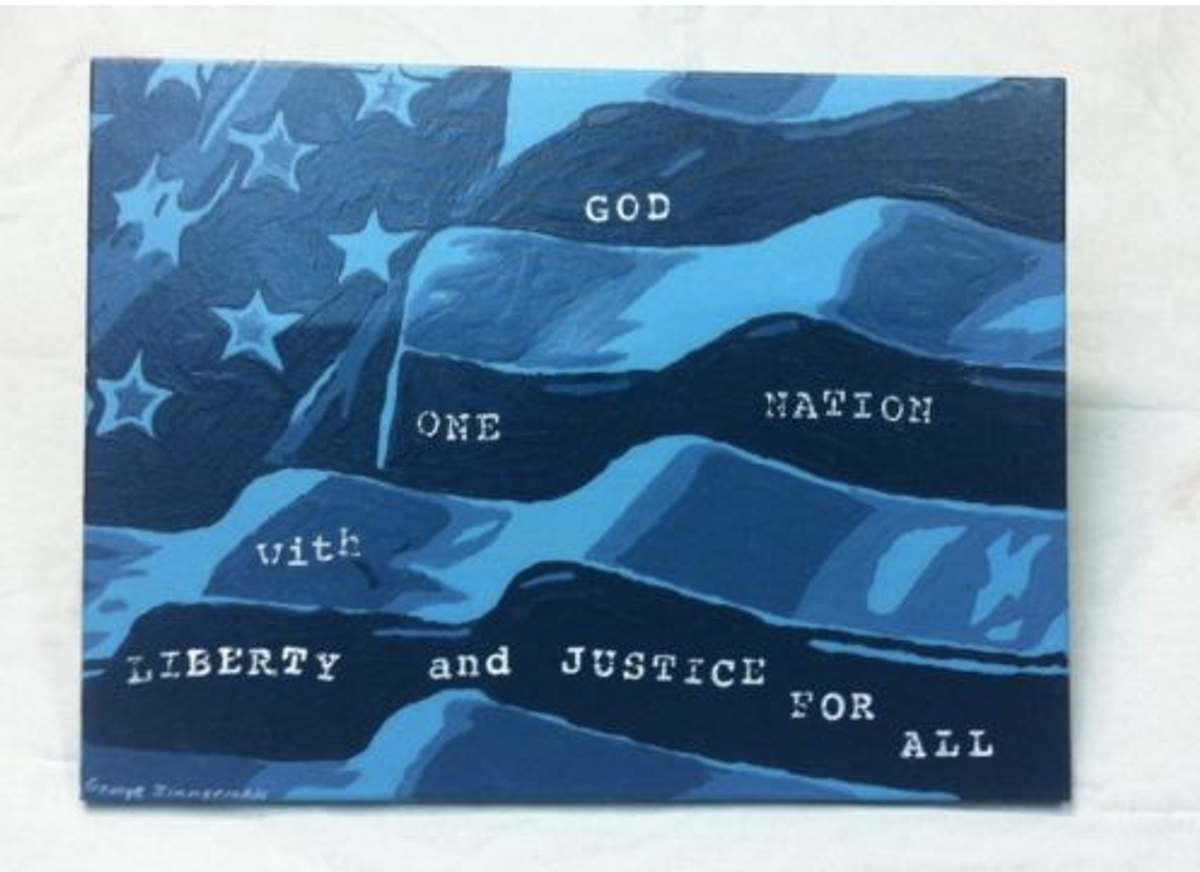 George Zimmerman has a lot of debt, most of which he incurred while he was on trial for killing Trayvon Martin. He ran up additional legal fees while seeking counsel after a recent series of domestic violence allegations brought against him by his estranged wife and current girlfriend.

In order to pay down some of this debt, he is apparently selling a painting. (The painting is "authentic" according to Zimmerman's brother.)

First hand painted artwork by me, George Zimmerman. Everyone has been asking what I have been doing with myself. I found a creative, way to express myself, my emotions and the symbols that represent my experiences. My art work allows me to reflect, providing a therapeutic outlet and allows me to remain indoors :-) I hope you enjoy owning this piece as much as I enjoyed creating it. Your friend, George Zimmerman

The "remain indoors" line is presumably a reference to the fact that Zimmerman, when left to his own devices, used deadly force against an unarmed teenager and later went on to allegedly threaten two women with deadly weapons.

This man does not deserve anyone's money. And someone, apparently, is willing to pay money for the painting. By Tuesday afternoon, the top bid for the painting was $99,966. There are four days left in the auction.