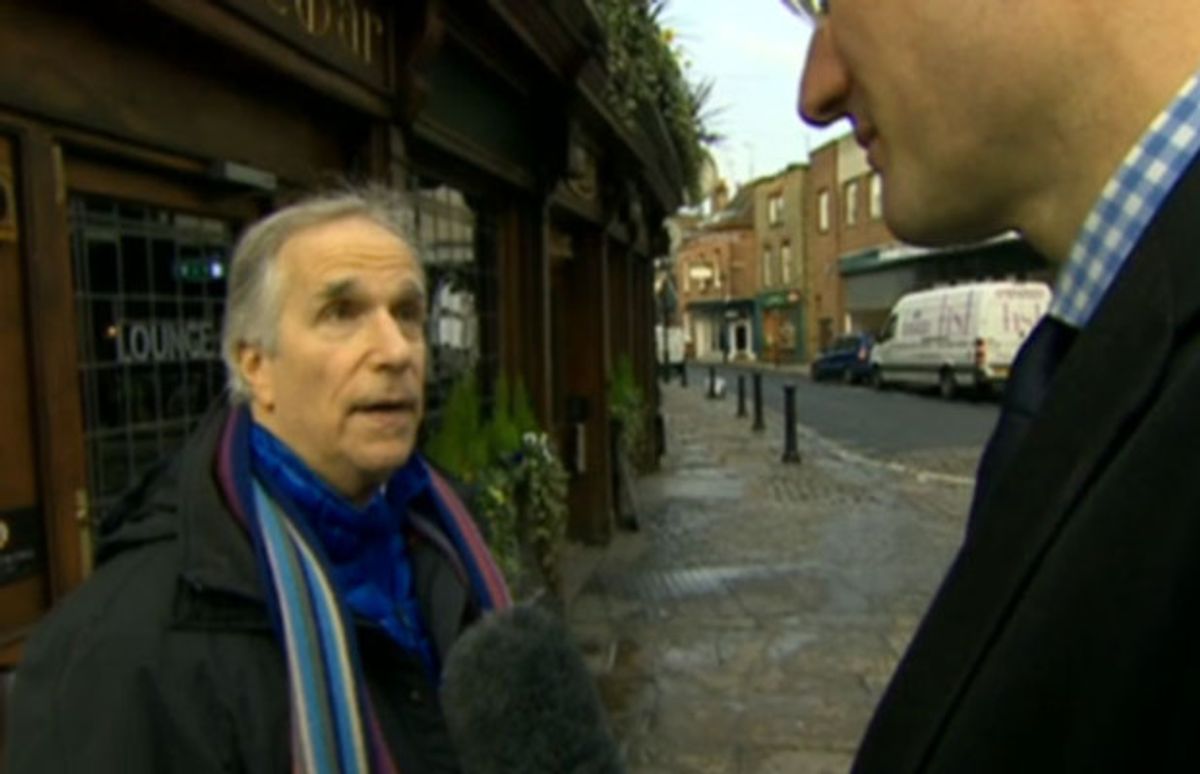 During a recent "vox populi" segment, in which the BBC interviews random people on the streets of London to get their take on current affairs, BBC deputy political editor James Landale caught a guy who is a bit more well-known than the average joe-- "Happy Days" and "Arrested Development" actor Henry Winkler.

Landale was just going about his job, which "involves me standing on street corners with a producer and cameraman, sticking a microphone under people's noses and persuading them to express an opinion in a brief coherent way," he wrote on the BBC's Web site, which features the full interview. "It is not as easy a task as you might imagine."

Landale then encountered "a middle aged man" with a "scarf round his neck, shopping bags to hand" -- the perfect person for such a segment. "Hello, can I ask you a question?" he began, lunging into the man's face. "Are you a voter?"

But when Landale realized he was talking to the Fonz, "I became a gabbling, star-struck idiot, asking if he had a vote here (doh! he's an American actor), how his pantomime was going and even if he had a view on Heathrow (what was I thinking?)."

Nevertheless, Landale didn't come across as fawning, and Winkler was gracious and offered his opinion on London's airport (he's a general fan, saying, ""Heathrow is a lovely place.")

"For the record, it was not a set-up, it was a totally random meeting," clarified Landale in his post.