The warning comes from the E.U., which has banned the chemicals. They remain legal in the U.S. 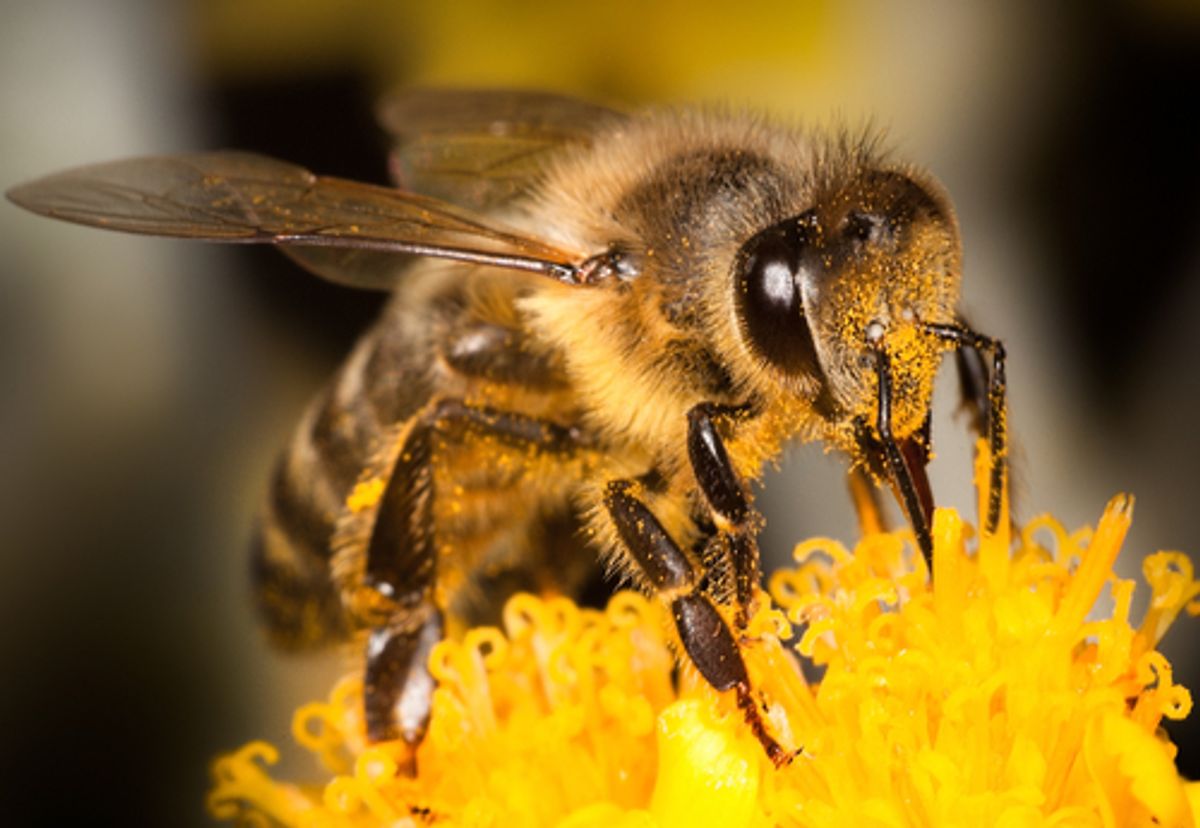 Earlier this year, the European Union put a two-year moratorium on a class of pesticides known as neonicotinoids, believed to be a cause of the massive die-off threatening the world's honey bee populations.

It turns out, the pesticides aren't just dangerous for bees. New research suggests they "may adversely affect the development of neurons and brain structures associated with functions such as learning and memory," the European Food Safety Authority (EFSA) announced Tuesday. In response, the EFSA is recommending that maximum exposure levels be lowered until further research can be done.

The research highlights the health risks of two chemicals: acetamiprid and imidacloprid, the latter of which is produced by Bayer. The Guardian describes the findings:

The move stems from research on rats which concluded "neonicotinoids may adversely affect human health, especially the developing brain". The newborn rats studied in the experiments found those exposed to one of the pesticides, called imidacloprid, suffered brain shrinkage, reduced activity of the nerve signals controlling movement, and weight loss. Another rat study found that exposure to the other pesticide, acetamiprid, led to reduced weight, survival and response to startling sounds.

EFSA said that for acetamiprid, the acceptable daily intake – the amount in food or drinks that can be ingested daily over a lifetime without an appreciable health risk – and the acceptable operator exposure level – the maximum exposure for workers – should be cut by two-thirds. The acute reference dose – the amount of a substance that can be ingested over a day without an appreciable health risk – should be cut by three-quarters, EFSA said.

For imidacloprid, the current acceptable daily intake was judged adequate, but the other two limits should be cut by a quarter, EFSA said.

All three chemicals currently banned in the E.U. are available in the U.S. -- as the New York Times reports, they can be purchased at Home Depot. The Environmental Protection Agency, according to the Times, has expressed concerned that neonicotinoids could be having a negative effect on bee populations, but has "not yet seen enough evidence to take action."

"EFSA’s concern over the neurotoxicity of neonics is a reminder that there’s a great deal we don’t know about these systemic chemicals," said Lex Horan, the Midwest Organizer of the Pesticide Action Network (PAN), in a statement. "They were hurried through EPA’s regulatory process with ‘conditional registrations,’ and scientific research continues to reveal more about their harmful effects — on pollinators and beyond. These important, common-sense moves in Europe should prompt EPA to do more to protect bees and kids from pesticides.”