Musical guest Arcade Fire performed "Little Drummer Boy," and even that was awkward 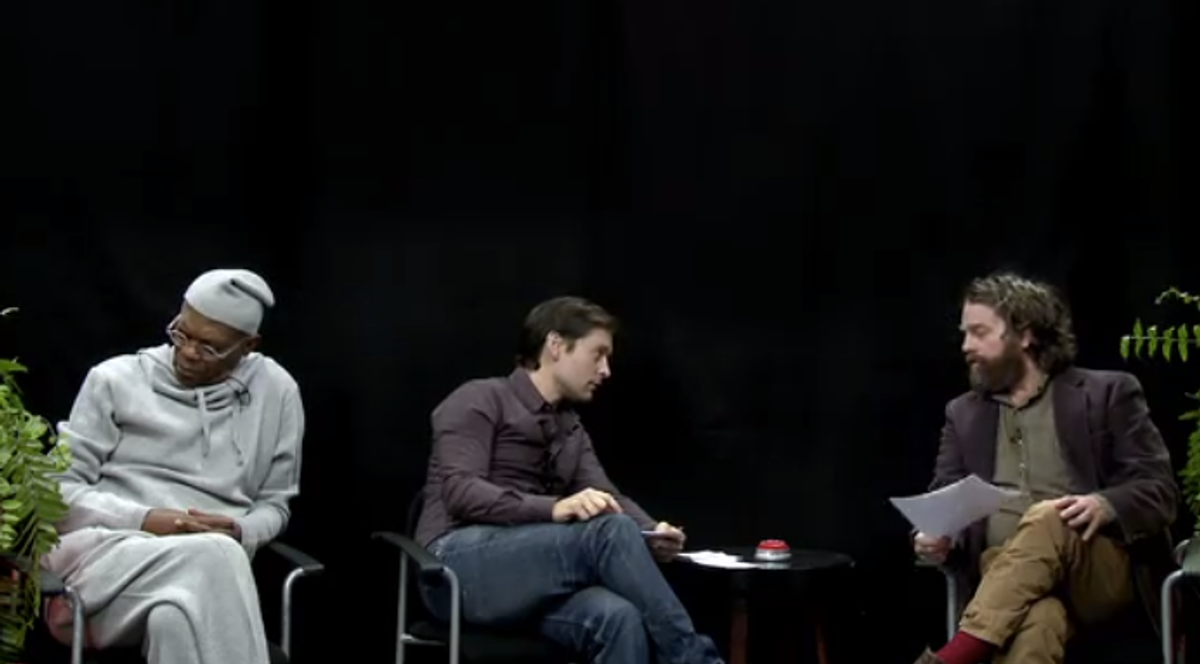 Sam L. Jack's son, aka Samuel L.L. Jackson, and a guy named Toby stopped by the set of Funny or Die's Web series "Between Two Ferns" for a special Christmas edition of Zach Galifianakis' awkward interview-based show. Amid the purposefully stale "Snakes on a Plane" and "Cider House Rules" jokes, Arcade Fire attempted to diffuse the tension by a performance of "Little Drummer Boy." But Galifianakis, busy checking for food in his teeth/taking a selfie, continued to be as awkward as ever; after the two actors walked off the set and Galifianikis bid goodbye, it became clear that the series host will be spending this holiday season all alone in the cold, cold snow. Well ... happy holidays, everyone.

Between Two Ferns with Zach Galifianakis: Happy Holidays Edition from Funny Or Die