Unemployment is still at 7 percent, but Bernanke and co. decide that enough is enough 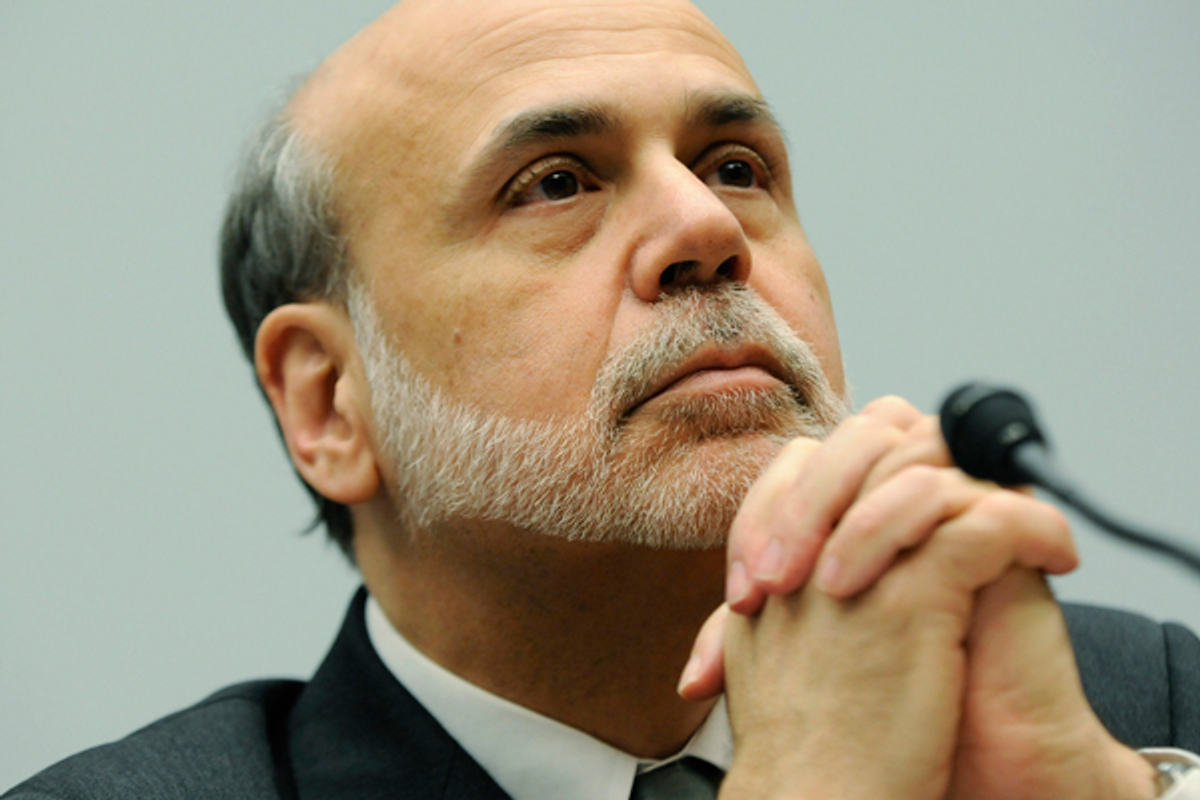 WASHINGTON (AP) — The Federal Reserve said Wednesday that it will reduce its $85 billion a month in bond purchases by $10 billion starting in January, citing a stronger U.S. job market. And it says it will take further steps to reduce the pace of the purchases next year if that improvement continues.

The reduction to $75 billion a month is small but significant step because it signals that Fed policymakers are ready to ease their massive support for the economy provided since the Great Recession.

To cushion to impact on financial markets, the Fed strengthened its commitment to record-low short-term rates. It says it plans to hold its key short-term rate near zero "well past" the time when unemployment falls below 6.5 percent.

Stocks surged after the Fed's policy statement was released, signaling investors approved of the modest tapering and the stronger pledge to keep short-term rates low for an extended time.

The Dow Jones industrial average rose more than 150 points minutes after the announcement.

In a policy statement released after its two-day meeting, the Fed says it will reduce its purchases of mortgage-backed securities and Treasury bonds each by $5 billion. Beginning in January, it will purchase $35 billion in mortgage bonds each month and $40 billion in Treasuries.

The Fed's actions were approved on a 9-1 vote. The only member to object was Eric Rosengren, president of the Federal Reserve Bank of Boston. He called the move premature because unemployment remains high and inflation extremely low.

The Fed's action comes after encouraging reports that show the economy is accelerating.

Hiring has been robust for four straight months. Unemployment is at a five-year low of 7 percent. Factory output is up. Consumers are spending more at retailers. Auto sales haven't been better since the recession ended 4½ years ago.

What's more, the stock market is near all-time highs. Inflation remains below the Fed's target rate. And the House has passed a budget plan that seems likely to avert another government shutdown next year. The Senate is expected to follow suit.

One factor of concern for some members is inflation, which remains historically low. The Fed's optimal rate is 2 percent. For the 12 months ending in October, consumer inflation as measured by the Fed's preferred index is just 0.7 percent, well below its target.

But the Fed sees inflation slowly moving toward its target, according to its most recent economic projections that were released Wednesday. The Fed projects inflation would range between 1.4 percent and 1.6 percent next year and could reach the Fed's target in 2015 at the earliest.

Fed officials still project economic growth of roughly 3 percent next year. But they are slightly more optimistic about unemployment, predicting it could fall as low as 6.3 percent in 2014, down from a low of 6.4 percent forecasted in September.