"Significant weaknesses" in the USDA's oversight of chicken safety 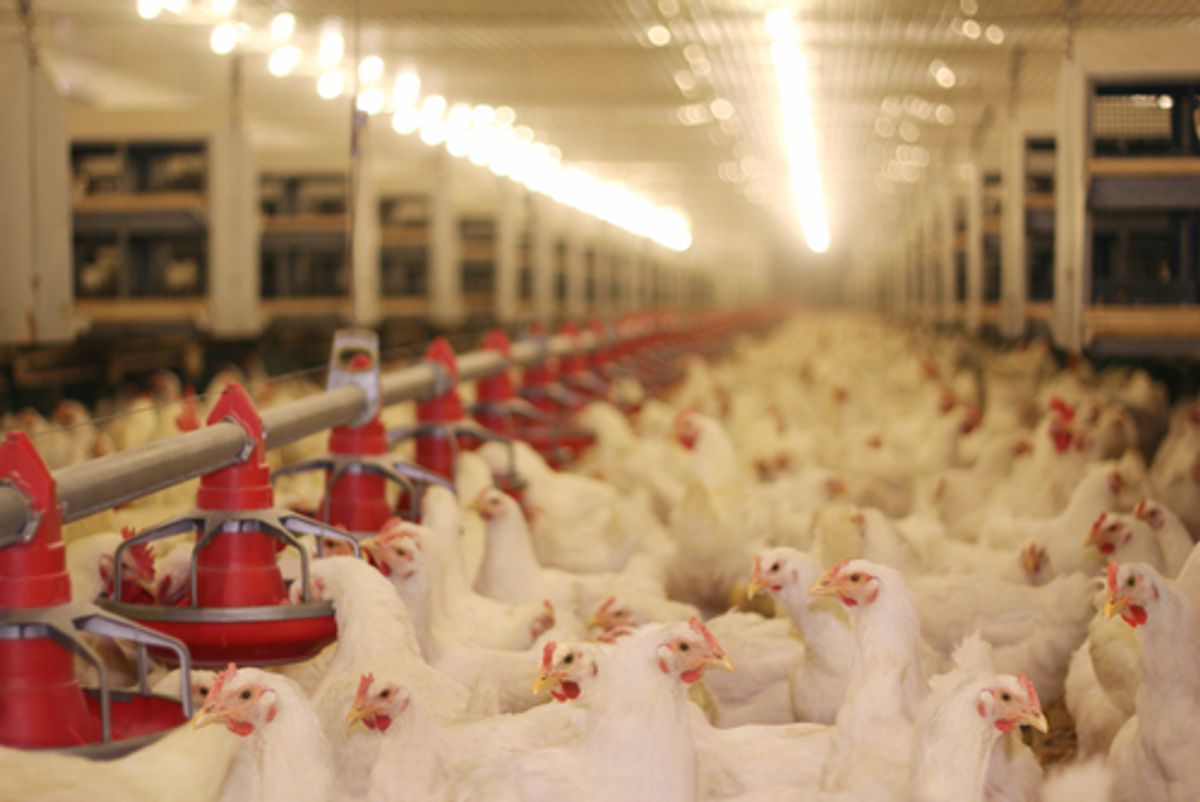 The U.S. Department of Agriculture's Food Safety Inspection Service is failing to protect the public from disease outbreaks tied to contaminated chicken, a new report from Pew Charitable Trusts found. The report identified "serious weaknesses" in the FSIS's oversight of poultry plants and criticized the government for not reacting more aggressively to two recent salmonella outbreaks.

The Pew study was prompted by two salmonella outbreaks linked to chicken produced by California-based Foster Farms, which did not respond to calls and e-mails Wednesday. The Centers for Disease Control and Prevention has identified hundreds of victims across the country, but the agency said that because salmonella cases largely go undiagnosed, as many as 15,000 people could have been sickened by the contaminated meat.

The Pew study includes sharp criticisms of the response by the FSIS to the outbreaks, which it called “insufficient to protect public health.” In both cases, the department never asked Foster Farms to recall or stop shipping potentially contaminated chicken.

The study also faults the department for failing to issue a public health alert for the first outbreak, which lasted from June 2012 to April 2013. An alert was issued for the second outbreak, which began this March.

A related Consumer Reports investigation, which was funded by Pew, tested 300 samples of supermarket chicken and found potentially dangerous bacteria in nearly all of them. Together, according to the L.A. Times, the reports identify the need to strengthen government oversight of the $70 billion poultry industry. Consumer Reports calls for even stronger measures: “Making chicken safer to eat will require a revamping of the way that it’s raised and processed,” it said in its report.

“When more than 500 people get sick from a food-borne illness outbreak, that means the system we have in place wasn’t working to protect public health,” Sandra Eskin, director of Pew’s Food Safety Campaign, told the Washington Post. “This many people should not be getting sick.”