The 6 creepiest "Baby, It's Cold Outside" covers

The predatory connotations of "Baby, It's Cold Outside" don't get any more pleasant when sung by John Travolta 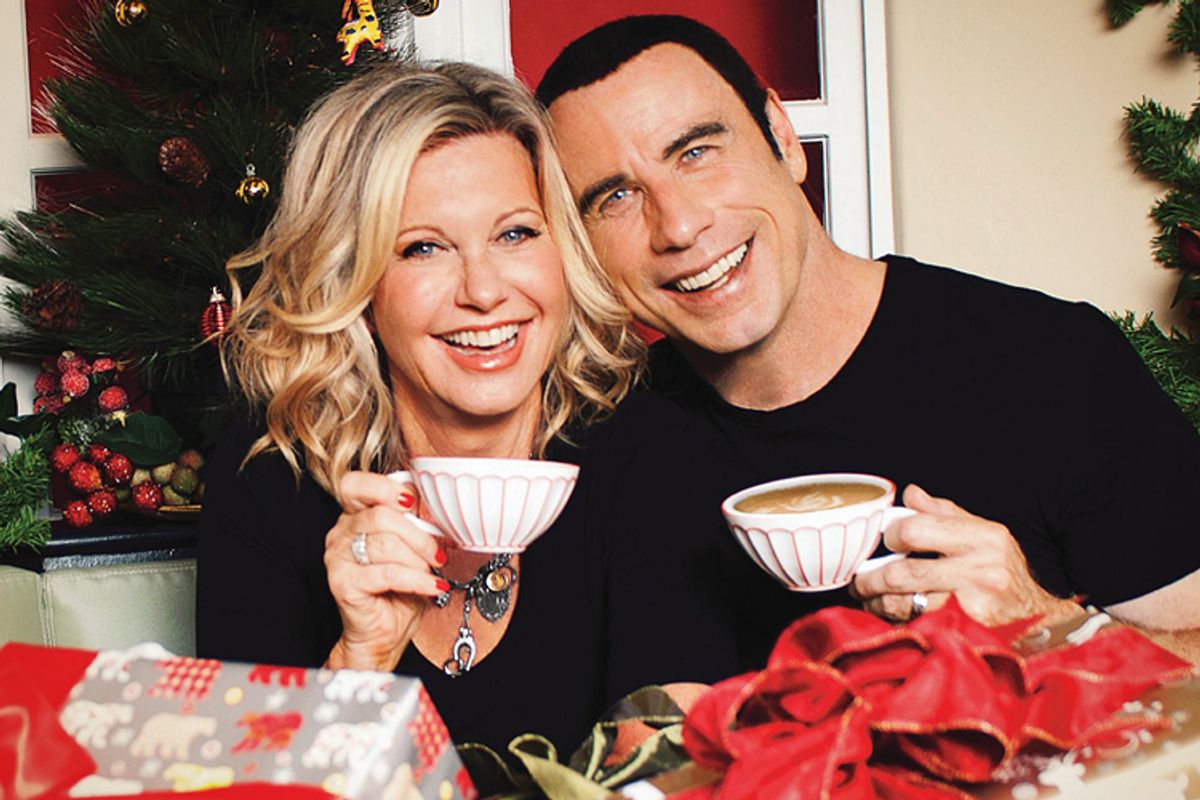 "Baby, It's Cold Outside" is one of those Christmas songs that really has nothing to do with Christmas -- it's just about cold weather, and also sexual coercion.

Famously, "Baby, It's Cold Outside," written by Frank Loesser in 1944, tells the story of a man and woman indoors on a snowy night; the woman repeatedly tries to depart for home and is repeatedly told that it's too cold for her to travel. The woman, famously, asks, "What's in this drink?" In the original score, the male part was denoted as the "wolf" and the female as the "mouse," a predatory view of sex whereby the man must not woo but win that suffuses the entire song. "No" is never "no" over the course of the song.

The song has been defended as a narrative about a woman constructing her own excuses, as it was difficult for a woman in 1944 to stay over at a man's house because she wanted to. However, it was also difficult for a woman in 1944 to say "no" and be heard; the song's repeated covers over the years simply indicate how deeply ingrained in our culture is the idea (familiar from the work of Camille Paglia) that saying "no" is merely part of the flirtatious dance between the genders. Here are a few of the covers that have particularly creeped us out in recent years.

Willie Nelson is by all accounts a lovely person and a legendary musician, but he is also 46 years Jones' elder. Hearing him rasp, "What's the sense in hurting my pride?" to the young lady he's just served a drink is not how we want to celebrate the season.

There's something about teens in the 2010s enacting the aggressive, posturing courtship rituals of the 1940s that's somewhat depressing, not sweet.

In this deeply strange, gender-swapped version, Newton-John tries to seduce her "Grease" costar, who's worried about his parents overreacting to his coming home late. Travolta was 58 when this song came out, unlikely to be worried about his parents or, allegedly, the particular charms of a woman like Newton-John, who nearly blows out her larynx trying to sound kittenish.

The pop scene's most theatrical star and Hollywood's most theatrical actor put on a very over-the-top rendition of the song on Gaga's Thanksgiving special, complete with Gaga lying on top of Gordon-Levitt's body and fighting with him over his coat.

This version is creepy on aesthetic, not just ideological, grounds; it's very low-fi and shuffling and melancholy, creating an almost dystopic mood as the pair circle each other.

This duet between singer and actress Eder and her teen son gets revisions -- Jake is drinking hot cocoa and just wants to play computer games while at home -- that point out just how edgy the original actually is. And memories of hearing, year after year, a woman ask a man to let her end the date are strange associations to bring to a mother-son duet.