What really goes on in an animal research lab 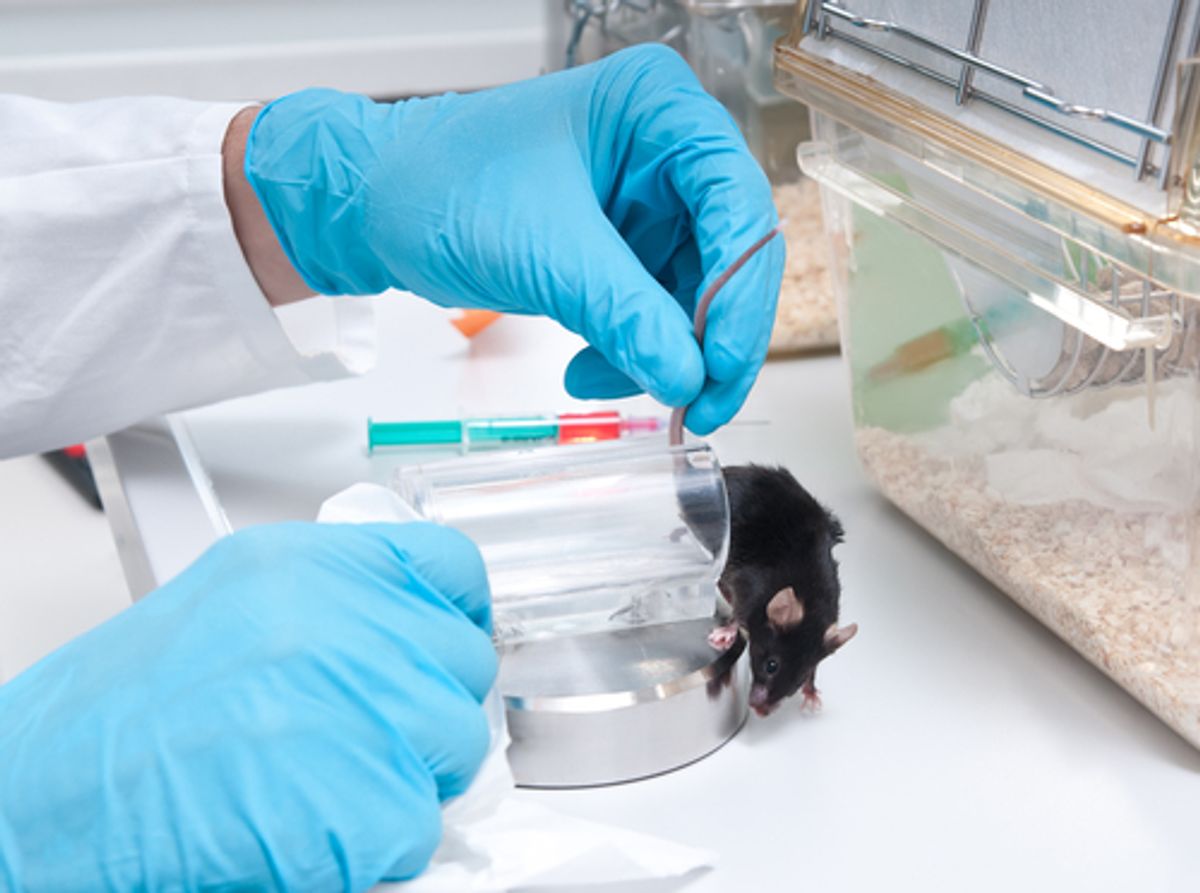 What's it like to make $35,000 a year performing small-scale animal husbandry on lab mice? The inquiring minds at Modern Farmer tracked down a former research associate and mouse breeder to dish on the unusual gig for their "Farm Confessional" series.

The author, a current medical student, chose to remain anonymous, but not because he or she exposes any egregious abuse -- nothing that happened in the lab was anywhere near as horrific as what goes on at factory farms. Instead, the "confession" provides a straightforward account of the typical work that goes into breeding mice for lab work -- and the tricky ethics of raising, and killing, animals in the name of medical research.

The most unsettling aspect of the work comes from culling the animals not needed for experiments, which, as the author explains, basically requires killing the mice twice:

The first way you did that is carbon dioxide. You took the container with the mouse into a room that had gas tubes in it. You’re trained not to induce any additional physical harm or distress to the mice. So there’s this very slow, very specific rate you increased the amount of CO2 in the room.

They’re walking around, they’re moving around, and then very, very slowly they’re more sluggish, and then finally they just kind of fall asleep. After all of them have stopped moving, and you don’t see any respiratory movement or breathing, you wait another few minutes or so. After that you separate their cervical spine from their head.

This is the most grisly part, but it’s just to confirm that they are in fact dead. You take them by the tail, splay them out flat, and then using a hard object you apply a lot of pressure behind the skull right at the junction of the head and spine. Eventually there will be a soft popping sensation or sound. And then you know.

It was, the author says, just something to get used to:

... eventually it became a process of the work we were doing. Any individual who does this has to find a reason or a justification why they think it’s important. Obviously it’s been heavily politicized, and people can view this from a lot of different perspectives. I think looking at the scope of animal research and the benefits humanity has accrued and gained as a result of animal models — to me it’s worth it.

The entire piece is worth checking out.