Alberta is one step closer to expanding its oil sands, with or without Keystone 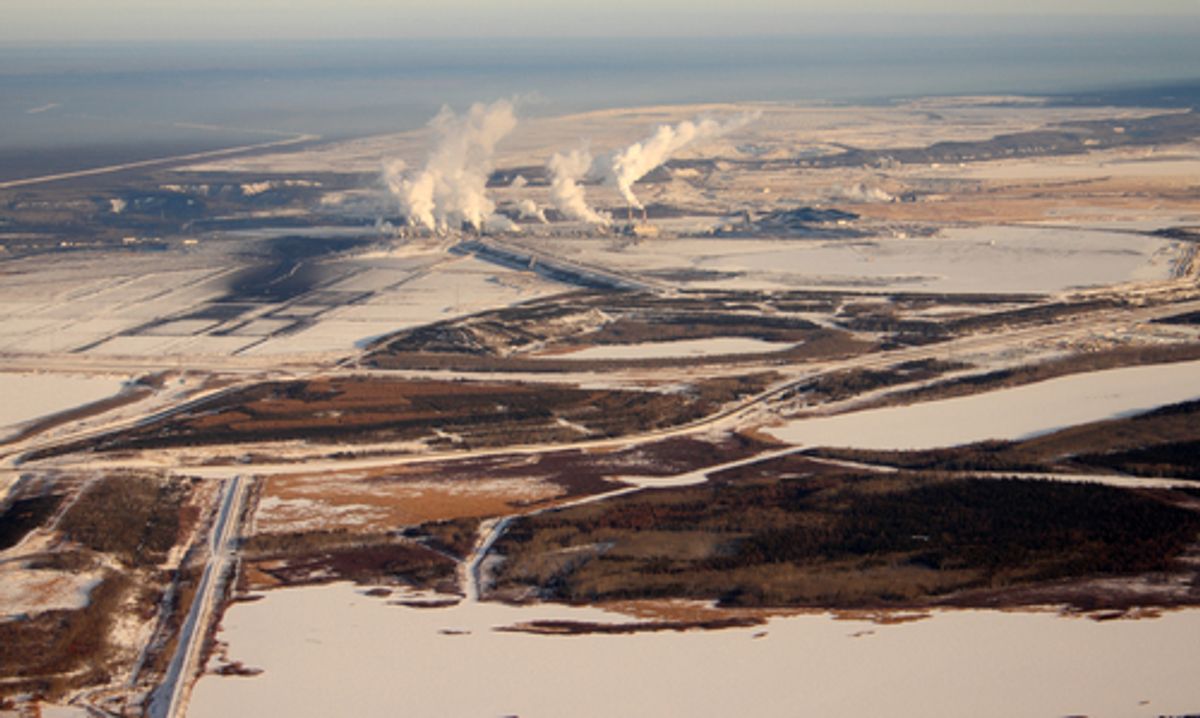 If Keystone XL ends up getting the ax from Obama, Canada already has a backup plan. A proposed $7.4 billion pipeline, which would connect Alberta's oil sands to the country's Pacific coast, was approved Thursday by an environmental and economic review panel. Reuters reports:

The controversial pipeline would have the capacity to ship 525,000 barrels of oil sands crude per day from Edmonton, Alberta, to a deepwater port at Kitimat, British Columbia, on the Pacific Coast. A second line would return 193,000 barrels per day of condensate, which is used to blend into tar-like oil sands bitumen so it can flow on pipelines.

"Based on a scientific and precautionary approach to this complex review, the panel found that the project, if built and operated in compliance with the conditions set out in its report, would be in the public interest," the panel said in a statement.

Canada's federal government now has 180 days to decide whether to accept the joint review panel's recommendations on the proposed 1,170-kilometer (725-mile) pipeline.

The pipeline has faced strong opposition from environmental and aboriginal groups, who worry not just about the long-term effects of tapping even more fossil fuels, but about the more immediate risk of spills. The panel's approval came with 209 conditions, including preparations for potential spills and a plan to protect marine mammals. According to the New York Times, they felt that would be sufficient to quell environmental concerns:

The three-member review panel concluded that while a major oil spill is unlikely, “a large spill would initially have significant adverse environmental effects on ecosystems.” But it concluded that any harm created by a spill could be cleaned up and affected areas returned “to a functioning ecosystem similar to that existing prior to the spill.”

“After weighing all the oral and written evidence, the panel found that Canada and Canadians would be better off with the Enbridge Northern Gateway project than without it,” the report said.