What an adorable fur ball can teach us about climate change 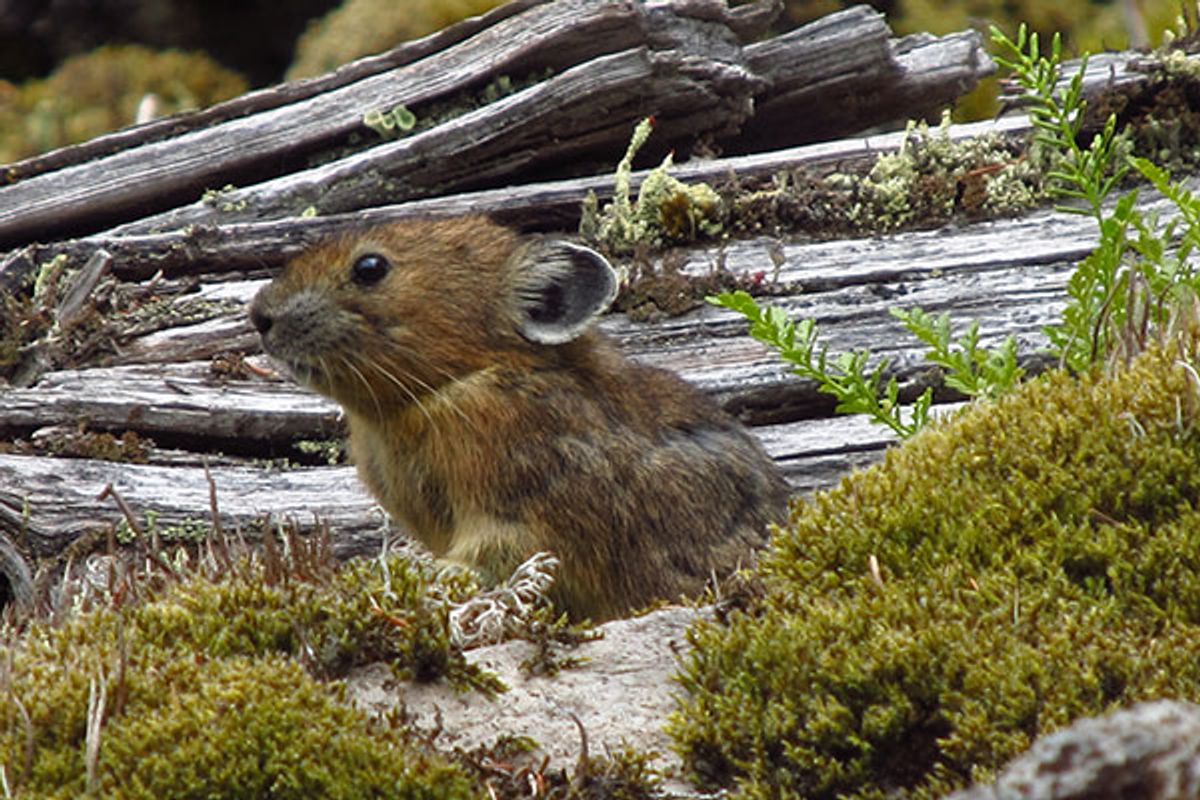 Regardless of carbon taxes and reforestation initiatives and geoengineering, the climate has already changed and will continue to warm for the foreseeable future. So while we humans work up the intestinal fortitude to perhaps reduce our role in that warming, many other planetary inhabitants have had to adapt or die.

In a story in the current issue of Pacific Standard’s print edition, Melinda Burns outlines the strategy of one mountain denizen, Belding’s ground squirrel. The squirrels like it cool and dry in California’s Eastern Sierra, but climate change has made it warm—well, warmer—and wetter. Like many animals, they’ve moved up when they can’t move out to greener pastures, but they’ve also found an unlikely strategy of making do in man-made locations—including the ghost town-cum-tourist attraction of Bodie—at elevations where they can’t thrive in natural habitats. “There are three times as many squirrels in man-made locations,” Burns wrote, “as in the high-elevation Sierran meadows where they still survive in nature.”

Now comes word that one of the squirrel’s mountain neighbors, the pika, has found its own unique adaptation to climate change (in an area where it hasn’t already gone extinct, that is).  It eats moss, lots of moss. And then more moss—moss made up 60 percent of the pikas’ diet in the Oregon study area of the Columbia River Gorge. If that wasn’t enough, the pika then re-eats after the moss has gone through the critter’s digestive track and come out as edible poop pellets known as caecal, which the pikas re-ingest in a process that concentrates the negligible nutrition originally present in moss.

There’s a reason few animals besides reindeer, lemmings, and feral Hebridean sheep routinely eat moss, biologist Jo Varner explains in a release from the University of Utah: "Some fiber is good, but this is almost all fiber. Mosses are 80 percent fiber. It's a bit like eating paper." Varner was the lead author with M. Denise Dearing of a new paper on the pikas’ dietary plasticity appearing in the Journal of Mammology.

In case you didn’t do a high school biology report on lagomophs like I did, eating their own poop—it’s known as coprophagy—is not some new behavior for pikas, rabbits, and their kin. What’s new is the feedstock for the pikas’ poop, the mass quantities of moss. After a few spins in the digestive cycle, the recycled pellets can be six times as nutritious as the plain moss.

Normally, a pika would forage around and collect a pile of vegetation to dine on during the winter when provender grows scarce. These haypiles can hold as much as 60 pounds in the Rockies, although the low-elevation Oregon pikas only store about 10 pounds for their milder winter. But by eating moss, which grows in the shadier part of the heaps of rock where the pikas live, the animals don’t have to head out into predator-filled open land and can stay in the shade. The latter matters a lot, because pikas are basically fur-covered six-inch balls optimized to be as warm as possible at all times. Two hours at 78 degrees, the researchers note, is all it takes to do in a pika—which suggests they might literally be killing themselves in the summer at those higher elevations as they struggle to gather those 60 pounds of supplies.

Something else to know—using moss as a wall covering is cool. Literally. These lowland rockpiles with 40 to 80 percent moss covering are up to 27 degrees Fahrenheit less than mossy surroundings or prime pika habitat higher up. “Taken together,” Varner and Dearing write, “these results suggest that CRG pika populations may actually be better protected from heat stress caused by climate change than their counterparts living in the high mountains, who are obligated to construct substantial haypiles during the warmest parts of the summer.” (The researchers don’t claim that what's true for these Mt. Hood-area pikas is automatically true for pikas everywhere.)

Besides a fascinating digression on varmint dietary habits, why do we care about pikas and their mossy poop? Besides being pretty charismatic—LOL pikas anyone?—the creatures have long been cited as a sort of canary in the coal mine species, or in this case a mammal in the lava field, for climate change in the Western U.S. In an important 1992 paper, the University of New Mexico’s Kelly MacDonald and James Brown predicted pikas would be among the first to go extinct as rising temperatures swamped their “habitat islands.”

A February report from California’s Department of Fish and Wildlife that recommended against declaring the state’s pikas as endangered took a different view.

However, as a widely-distributed and relatively abundant species with the ability to change behavior to accommodate changes in the environment, the American pika may not be impacted to the degree some models would predict, and the species has weathered historical periods of abrupt global climate warming (increases of as much as 10° C over periods of three to 40 years) in the past.

Rather than take this as an incitement to pump more greenhouse gases in the atmosphere, this tells us that despite the inevitability of near-term warming, it’s better—if possible—to adapt than to despair, even if adaption can be unpalatable. But maybe when we're all metaphorically munching on moss, we as a species will finally get serious about mitigation.