Jon Stewart gave the correspondent, who will host his own show on HBO, a standing ovation 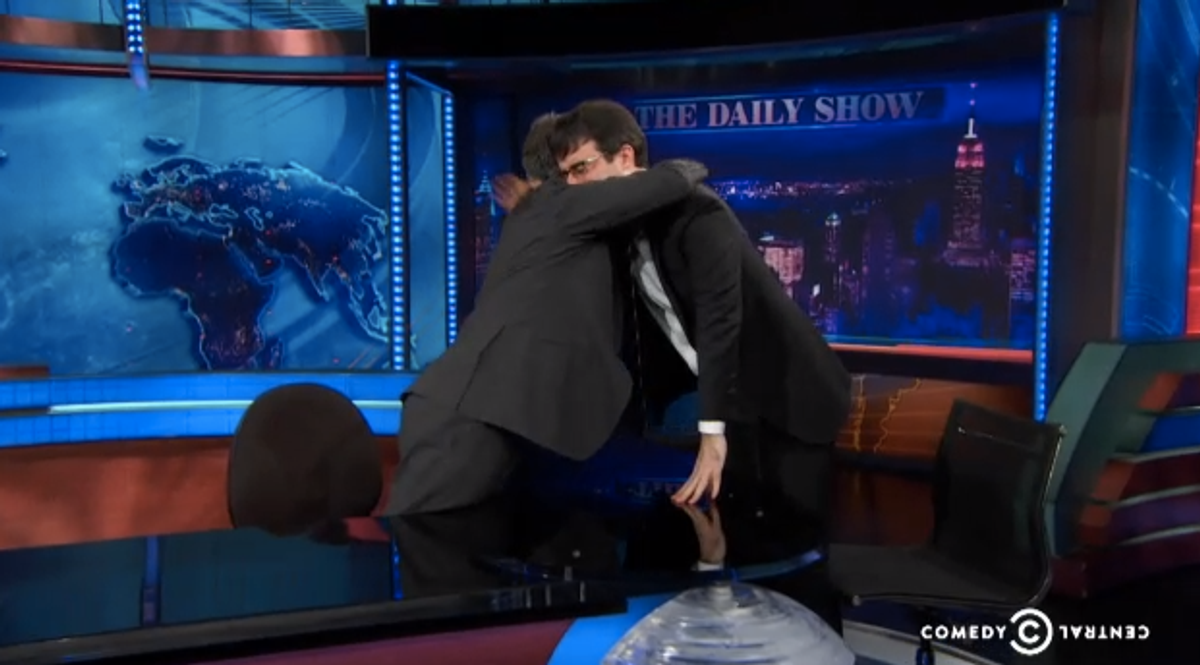 In what might be one of the most touching moments ever witnessed on "The Daily Show," host Jon Stewart bid farewell to longtime correspondent John Oliver, who after 7.5 years is leaving Comedy Central to host his own satirical news show on HBO.

Stewart began the segment as any other -- introducing Oliver, who proved his star power as interim host on "The Daily Show" this past summer, as the Senior Royal Correspondent on a story about snooping on the Queen of England. But then Stewart broke character, saying, "I, today, went through this enormous -- I guess your people would say 'charade' -- of writing this [bleep]-ing royal nut bit--"

"Are we not doing the bit?!" Oliver interrupted, surprised.

"No! Of course we're not doing the bit! What the [bleep] do you think we're doing here?" Stewart exclaimed.

"There's only one British royal I care about tonight, and his name is Prince John Oliver," he continued. With palpable affection, Stewart offered a video tribute to Oliver and the "broad range of perspectives" he has brought to the show with a retrospective of some of his best "field work."

The video montage gave way to a standing ovation from Stewart, as Oliver broke down in tears and the two hugged in a warm embrace for the last time as correspondent and host -- inspiring the rest of America to go find your best friends and give them a hug before they leave to host their own comedy shows, too.

Oliver then closed the show with a very special Moment of Zen.